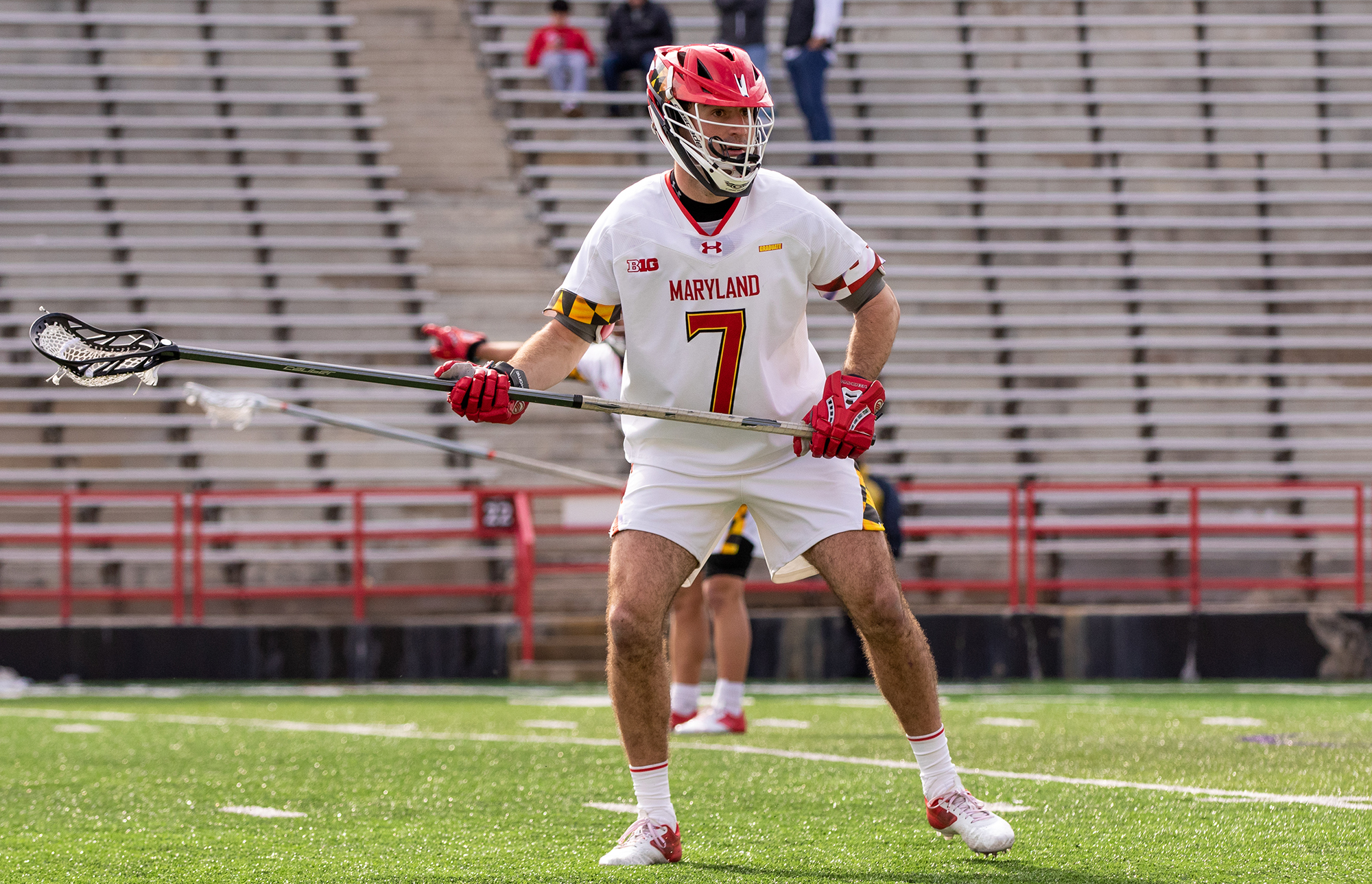 Princeton midfielder Sam English received the ball near the sideline before cutting into the middle of the field and calmly picking his spot, finding the bottom corner for his fourth goal of the day in only the first half.

English more than doubled his career total goals in the first 30 minutes against the Terps — but Maryland was still able to hold its third straight top-20 opponent to ten goals or less in its 15-10 win over the Tigers.

The strong defensive performances came after the Terps conceded 13 goals in their season-opening win over High Point, something coach John Tillman made clear he wanted to improve as the season progressed.

“I felt like that first game we got fleeced pretty good,” Tillman said. “And I think anybody would admit that, that’s not a knock on our guys. I love our guys. I think they would kind of feel like we could be better.”

Since the season opener, Maryland’s defense has had time to develop chemistry with some new pieces in the mix.

Sophomore Ajax Zappitello has stepped into the starting lineup alongside defenders Brett Makar and Matt Rahill and in front of third-year starting goalkeeper Logan McNaney.

“I think Ajax has done an awesome job,” Makar said. “In terms of him, just super cerebral guy, very smart and picks up things on the fly. And everything he does he has a purpose, that’s what I’ve said with Ajax, which makes him really easy to play with.”

Fifth-year senior Bubba Fairman has also stepped into a new position, moving back from midfield to defensive midfielder.

Tillman has been pleased with how both players have adapted to their new roles on the defensive side of the ball, along with the improvement he’s seen from the team as a whole defensively.

Maryland’s defensive development will be needed in a rematch of last year’s national tournament quarterfinal against No. 7 Notre Dame.

The Fighting Irish suffered a 16-11 defeat last week against Georgetown but had a bevy of chances to score.

The Terps were able to defeat the Fighting Irish in overtime to advance to championship weekend last year and will hope to top Notre Dame once again to stay undefeated in nonconference play.

“I’m sure there’s gonna be a lot of emotion on both sides and both teams are really going to be excited to get another shot at each other,” Makar said. “Just naturally the way the game was last year, they’re going to be super excited to see us. And for us, what a great opportunity and challenge to go up against a great team.”