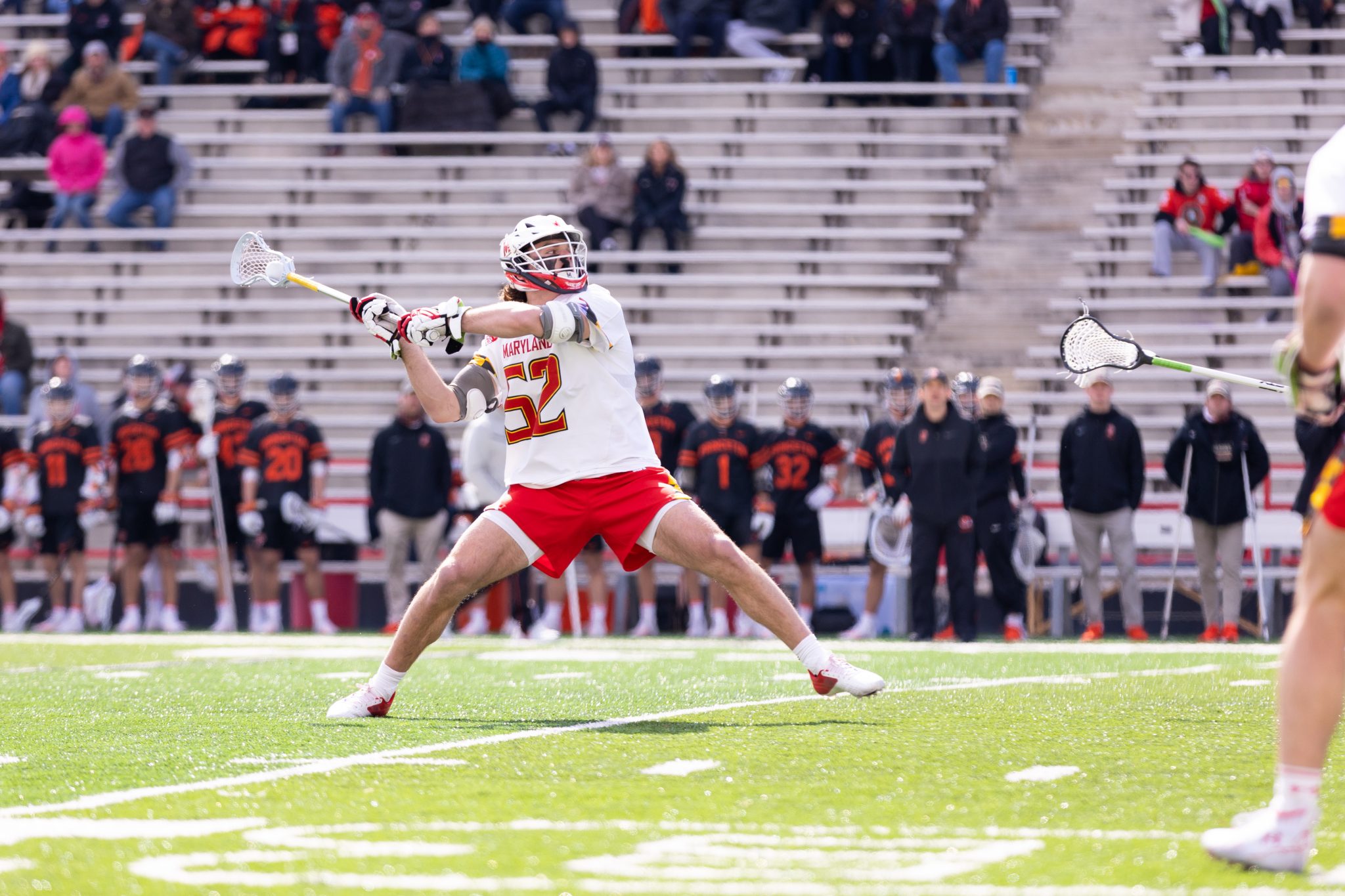 Wrapping around the goal, Kyle Long fired past Princeton’s goalkeeper to begin the fourth quarter.

On the ensuing faceoff, Luke Wierman scooped the ball up before rumbling straight down the field and scoring to give Maryland men’s lacrosse a five-goal lead.

Maryland remains undefeated after handing the Tigers their first loss in 1,036 days.

The Terps were impressive on defense. They held a third straight opponent to ten goals or less and limited Princeton’s ability to move the ball. Only three of the Tigers’ goals were assisted.

“I thought a couple times early we were just a little late,” coach John Tillman said. “As the game went on we got a little bit better with some of our slide decisions.”

The Terps struck twice in the opening 45 seconds — Jonathan Donville and Luke Wierman both scored to give Maryland an early two-goal lead.

Sam English and Logan Wisnauskas traded goals before Donville made a nice move to get in front of the goal for his second goal of the game.

English added his second of the match before a huge scrum in the middle of the field began from the ensuing faceoff.

Brett Makar came out of it with the ball and fired a long pass to Roman Puglise, who was all alone in front of the net to finish past Princeton’s netminder Erik Peters.

English scored through Logan McNaney’s legs to earn a hat trick with less than 30 seconds left in the first quarter. His three-goal first quarter doubled his career total before the game.

[Despite three convincing wins, Maryland men’s lacrosse wants to cut down on errors]

Princeton scored twice with goals from English and Alex Slusher towards the end of the second quarter. But Donville’s diving effort made the score 9-6 and restored a three-goal lead for Maryland at halftime.

Both teams scored twice in a tight third quarter, as Wisnauskas’ and Donville’s fourth goals of the game were canceled out by two goals from Chris Brown.

The Terps took the initiative in the fourth quarter as they did in the first, scoring twice in the opening minute.

Long wrapped around the net and scored before Wierman won a faceoff and drove straight to goal before firing it past Peters.

Princeton responded with two goals of its own — but shots from Daniel Maltz and Jack Brennan, both assisted by Wisnauskas, gave Maryland some breathing room heading into the final minutes of the fourth quarter.

After Princeton won some faceoffs and got its two goals in the fourth quarter, Tillman was happy with the composure his team showed down the stretch.

“That game got a little frantic at times,” Tillman said. “I thought our guys showed a lot of poise in the fourth.”

Neither side scored in the final five minutes, as the Terps left the field as over the Tigers despite Peters making 19 saves for Princeton.

Maryland dominated across the stat sheet. The Terps notched almost twice as many shots on goal and won 20 faceoffs compared to Princeton’s nine, but the Tigers stayed competitive for the entire game.

John Geppert had plenty of praise for the entire faceoff group, who gave the Terps plenty of extra possessions throughout the game.

“It comes down to our faceoff guys that are doing a great job,” Geppert said. “They’re winning the clamp and what they’re doing with it after is even better.”