Despite three convincing wins, Maryland men’s lacrosse wants to cut down on errors 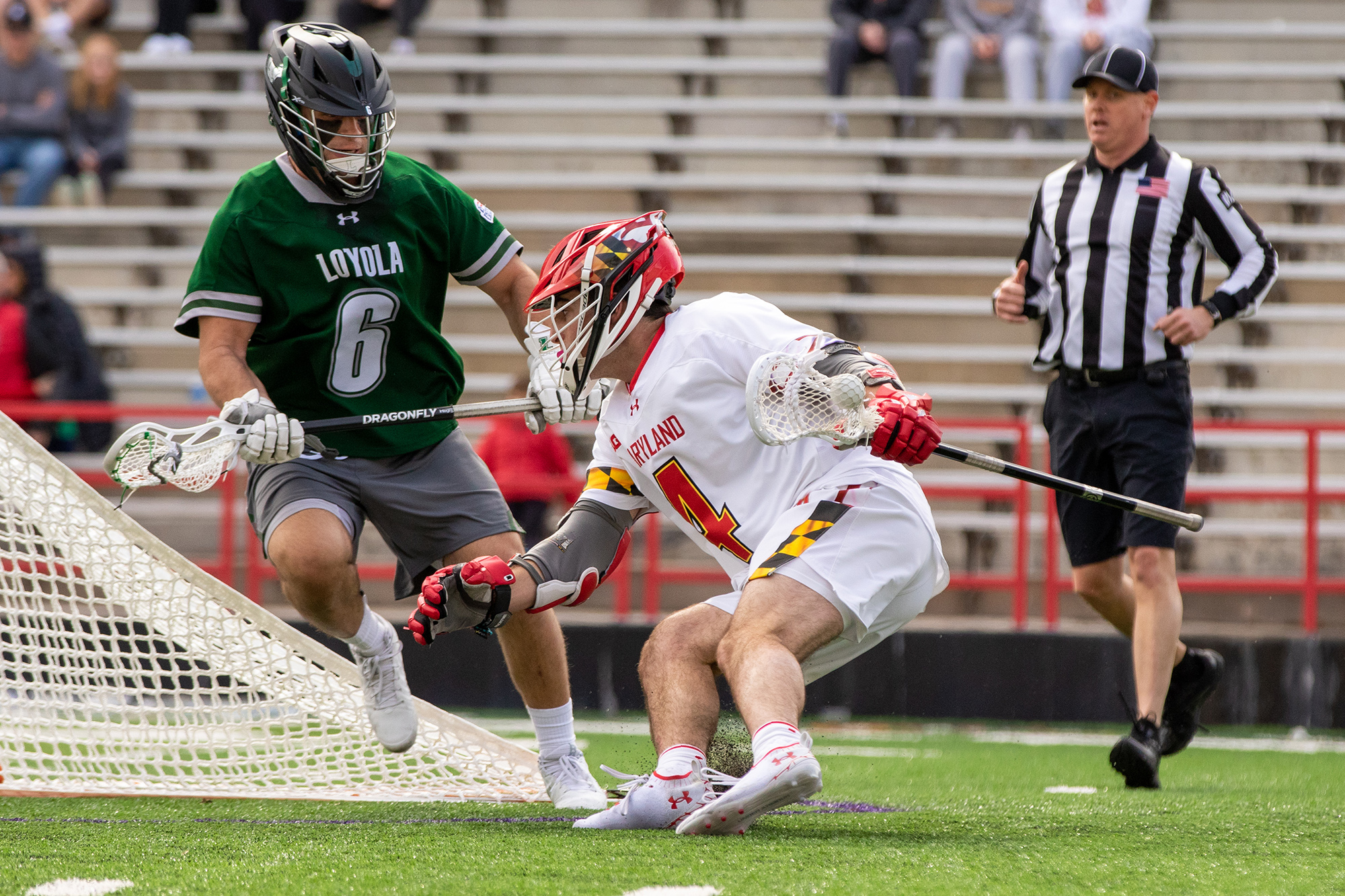 After building a substantial early lead over No. 9 Syracuse, a pair of hat tricks from Orange attackers in the second quarter cut Maryland men’s lacrosse’s lead at halftime to just one goal.

The six goals ties for the most the Terps have conceded in a quarter this season. Despite a pleasing performance overall in a 14-10 win over Syracuse, coach John Tillman hopes to avoid the things that caused Maryland to struggle in the second window.

“That second quarter, a lot of things kind of came together,” Tillman said. “We had a lot of quick possessions … and then we failed some clears, so that led to a lot of defense. When that happens, you’re just kind of wearing your defense down, and you’re kind of allowing the other team to get into a flow and get comfortable.”

Improvement will be imperative ahead of a matchup with USILA-ranked No. 18 Princeton on Saturday.

After opening its season with its first game in 714 days on Feb. 19 against Monmouth, Princeton has scored 22 goals in each of its two games so far this season. Both resulted in double-digit wins for the Tigers.

“I mean you watch them, really athletic team, can get up and down, put some pressure on you,” defender Brett Makar said of Princeton. “So if we don’t come ready to play, they can make it really, really hard for us on Saturday.”

Princeton will provide another intense battle for the Terps, and while Maryland was able to match Syracuse’s physicality, Tillman hopes to see his team improve with the ball under pressure against the Tigers.

Maryland had its most turnovers and failed clears in the game during the second quarter against the Orange, but pulled away from Syracuse down the stretch while taking better care of the ball and going 10 for 11 on clears in the second half.

“Playing hard is just not enough. We’ve got to execute,” Tillman said. “We’ve got to have better in-game management … situational awareness is really important. And I thought at certain times, we did a great job, but you gotta do it well over 60 minutes and I think that’s what everybody’s trying to do right now.”

Already in its young season, Maryland has taken strides on both sides of the ball.

Defensively, the Terps have held two top-10 opponents to 10 goals or less in their last two games after conceding 13 goals to High Point in their season opener.

Offensively, Maryland’s done well to integrate new talent on offense — Tillman’s squad boasts at least eight different goal scorers in each of its three wins so far this season.

The Terps’ impressive performances have already boosted them to No. 1 in both the USILA and Inside Lacrosse Polls. But Tillman may be even more pleased his group of players has shown how quickly they can grow.

With room for improvement following Maryland’s performance against Syracuse, Tillman is assured the Terps can continue to develop into an even more well-rounded team.