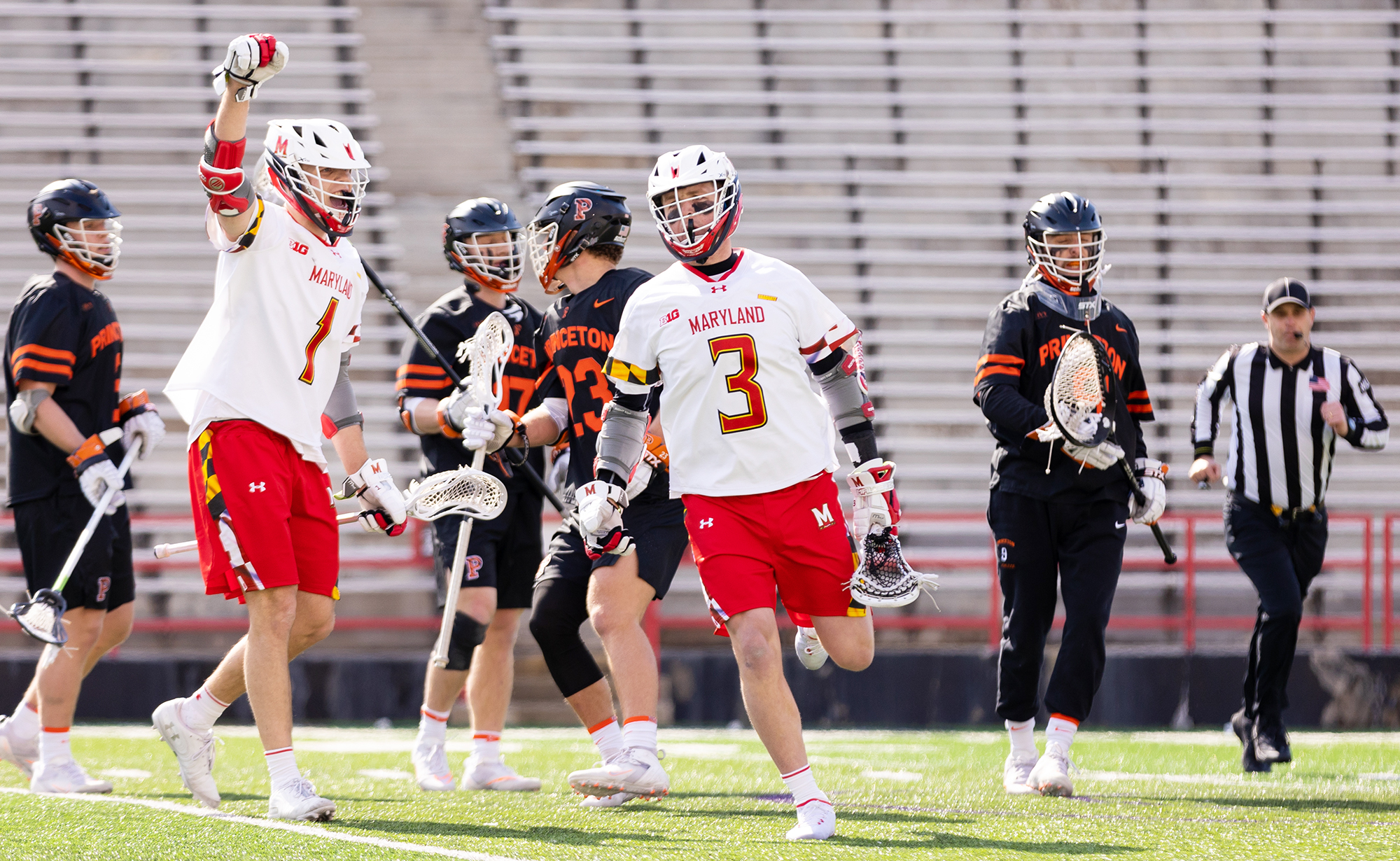 Jonathan Donville received a pass just over 25 yards out from net before driving toward goal.

The midfielder shrugged off multiple defenders before reaching the goal line. He extended and cut back towards goal, finishing his hat trick with a diving shot that snuck past Princeton’s goalkeeper to add to Maryland men’s lacrosse’s lead before halftime.

The Cornell transfer Donville has already become a focal point of the Terps’ new-look offense alongside Logan Wisnauskas — both scored four goals in Maryland’s 15-10 win over No. 20 Princeton on Saturday.

Donville only notched 20 goals in his highest scoring year at Cornell in 2019 but has emerged as a goal scoring threat for Maryland.

Alongside Wisnauskas, Donville has already become a player his teammates trust when his team needs to create an opportunity to score.

“Our guys know if they have the ball and we’re spinning and guys are kind of moving on defense, those guys are guys they trust and they look for, and they’re pretty opportunistic,” coach John Tillman said.

Donville was also able to create scoring opportunities for himself in the Terps’ win over the Tigers, as three of his four goals came unassisted.

“There are a couple times where he got a good crease and a little bit of angle and they were late to slide and you know, you hope that happens,” Tillman said. “It was great to see him aggressive and make that play, and we’re very comfortable with him making that decision.”

However, the two have stepped up as other attackers in Maryland’s offense have failed to produce in recent weeks.

After registering five goals and six assists in his first two games as a Terp, starting attacker Keegan Khan has failed to score and only dished out one assist in Maryland’s last two games.

Eric Malever, who has started every game at attack alongside Khan and Wisnauskas, also registered only one assist and no goals in the Terps’ last two games. He scored four goals and assisted three more in Maryland’s first two games.

[Despite three convincing wins, Maryland men’s lacrosse wants to cut down on errors]

Attacker Owen Murphy has been reliable off the bench for the Terps and is Maryland’s third-highest scorer this season. He was more involved against the Tigers, coming in and scoring on a man-up opportunity for the Terps.

The Johns Hopkins transfer has also been efficient, scoring on eight of his 11 shots this year.

While Donville and Wisnauskas have held the torch for Maryland’s offense in the wake of a downturn in production from their teammates, the Terps will hope their attackers can return to goalscoring form ahead of a matchup against No. 4 Notre Dame.

“I was there just trying to get to the goal as best I could and got a few breaks on my way,” Donville said. “But you know, it’s fun to play on this offense because on any given day, anyone can have a big day.”