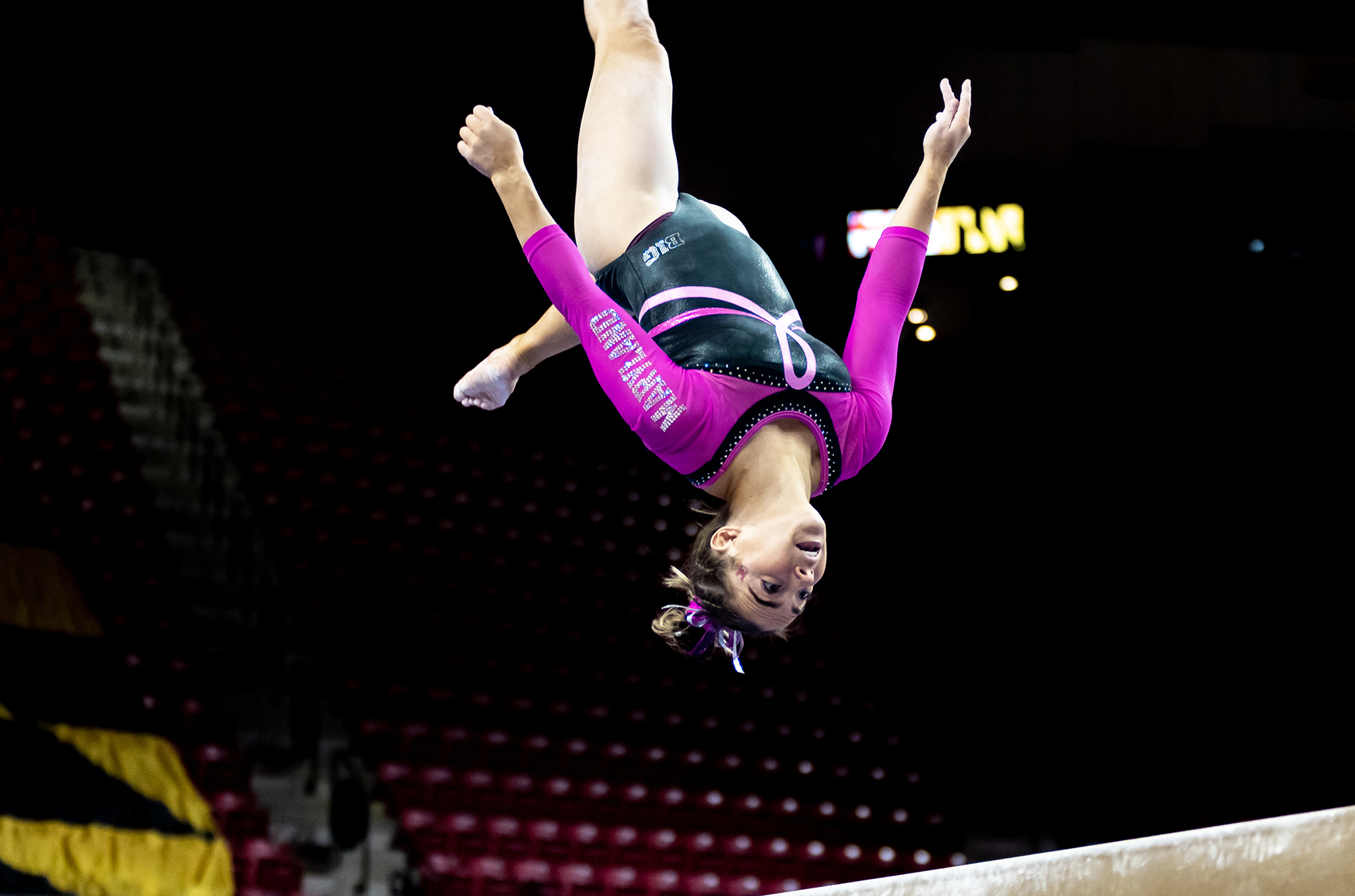 Maryland gymnastics is entering the home-stretch of its 2022 campaign with four meets left in the regular season, starting in Philadelphia on Thursday where Temple will host the Terps in the Temple Quad meet.

With its condensed schedule to end the year, head coach Brett Nelligan’s squad has had little time to adjust between each meet. But with more opportunities to raise their National Qualifying Score than most, the Terps will look to capitalize.

“We have four opportunities to make a big jump in the rankings, where a lot of other schools maybe only have two or three,” Nelligan said. “If you need to hit a couple bullseyes, I’d rather have more darts in my hand than my opponent. So we got four darts we could throw over the next two weekends.”

Of the six scores contributing to Maryland’s NQS, its 194.925-point outing against Rutgers and 195.425-point day against Penn State are still factors — out-performing those would help the Terps climb the rankings.

But Nelligan thinks he has a mid-to-upper 196-point group. With the confidence he’s displayed heading into this stretch, it appears that he thinks those scores will be topped significantly.

For Nelligan, putting it all together and hitting peak score is about collectively taking care of the little things.

Even in its historic victory in the Terp Tri, when Maryland put up a season-high 49.325 on bars, Nelligan spotted free tenths that were given away.

“Even if you take the Minnesota meet, I think we only stuck two or three bar dismounts. And how many routines did we do that didn’t miss a single handstand? I think maybe one,” Nelligan said.

Nelligan hopes the work his team does in practice can translate into meets. On bars, that means sticking about 60 percent of dismounts and a full handstand 80 percent of the time.

That bars unit, which is tied with vault for Maryland’s highest-scoring event, will see a big addition in Sanya Glauber, who Nelligan said is ready to compete.

Reese McClure, who has only competed on beam this season for the Terps due to a sprained ankle, is on track to make her season debut on floor. She will be evaluated in warmups at Temple on Thursday to confirm that she’s ready to compete.

Floor has seen the most different competitors for Maryland, and many gymnasts have stepped up at different times throughout the season. With McClure added to the mix, Nelligan thinks the group has the potential to be taken to a whole new level.

“I’m really proud of the way [floor] endured and fought and stepped up to hit routines when we needed them,” Nelligan said. “Adding Reese back into the group, if she can get back to her floor level from last year, makes us a really, really tough floor lineup that has potential to score really big.”

Barring any setbacks, Nelligan thinks despite not being quite at 100 percent, McClure is ready to make a difference for the Terps.

“She had a great week of practice, she was able to do full routines on floor this week in the gym with very minimal pain,” Nelligan said. “At this point in the season, nobody on any team is 100 percent. But we feel like she’s in a good enough place, and she really wants to get out there and compete.”

McClure is far from the only Terp tasked with competing through injury, though. The Terps remain banged up heading into their final stretch. However, that’s just the nature of gymnastics, according to Nelligan. And for Maryland to hit that peak he refers to, resilience will be key.