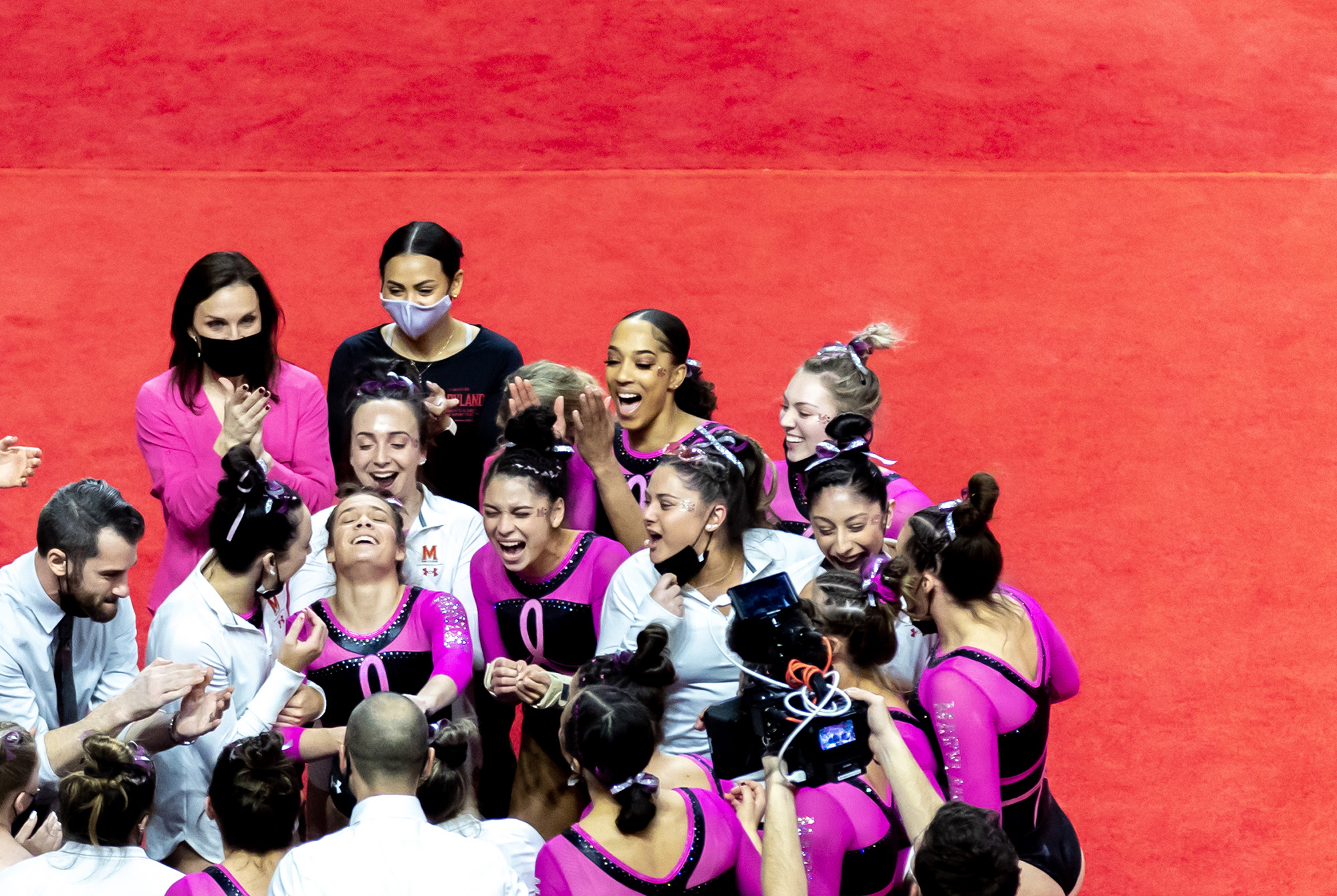 In its 195.425-196.400 loss at Penn State, where Maryland gymnastics put up its lowest score in its last five meets, the Terps were plagued by an onslaught of injuries to big pieces of their squad.

Maryland excelled on vault throughout the first half of the season — that group ranked as high as No. 15 in the nation. But in its last two meets, the Terps put up their lowest and third-lowest scores, and are now ranked No. 24.

A large factor in that is health, according to head coach Brett Nelligan. All six gymnasts in his vault rotation are competing through injuries.

Josephine Kogler is dealing with ongoing ankle soreness, while Emma Silberman has pain in her foot after hitting it hard against the beam during the Big Five meet. Elizabeth DeBarberie, Olivia Weir and Alexsis Rubio are also dealing with nagging health issues.

And although it was hard to notice given her stellar performance on Saturday, Audrey Barber has strong pain in her heel after banging it on the beam at Big Fives.

Despite their scores lowering as a unit, the bar was set high. A 49-point rotation is by no means unimpressive. And for that, Nelligan is proud.

“I think they did a great job, and we’re a little banged up … I’m really proud of how tough they are,” Nelligan said. “I really love this team and the way they fight, the way they handle adversity.”

The Terps’ ability to remain tough could very well end up being the determining factor of where they find themselves on the final standings. Currently sitting at No. 33, Nelligan’s squad is in position to make the NCAA Tournament.

And given its dense schedule to finish the season, Maryland has more chances than most of its competitors to improve its National Qualifying Score.

With their scores against Rutgers and Penn State still counting toward the National Qualifying Score, putting up even one or two big scores to end the year would greatly change the complexion of where the Terps stand.

However, as evident in the performance against the Nittany Lions, injuries have created bumps in the road ahead.

Despite the obstacles and lower scores in the previous two meets, though, it seems to be solidified that Nelligan can count on his bars team to contribute at least 49.000 to the total. The Terps have done so in six consecutive meets.

Like vault the 26th ranked bars unit is also dealing with injuries. Of the six injured vault competitors, three are also in the bars lineup. On top of that, freshman Athlyn Drage is out for the season with a broken foot.

Thankfully for the Terps, Sanya Glauber is lined up to make her season debut on bars after enduring elbow surgery over the summer.

The senior closed out her junior campaign by averaging 9.846 on bars in the last six meets, including a program record-tying 9.950.

Adding Glauber back to the lineup could change the Terps’ output, a key insertion given that gymnastics is a sport determined by tenths.

Nonetheless, Saturday’s meet showed how banged up the Terps were. Just as importantly, however, it showed their grit and toughness.  Maryland still managed to put up a respectable score despite the circumstances.

Now, they’ll have to build on their resilient performance to keep climbing the rankings.