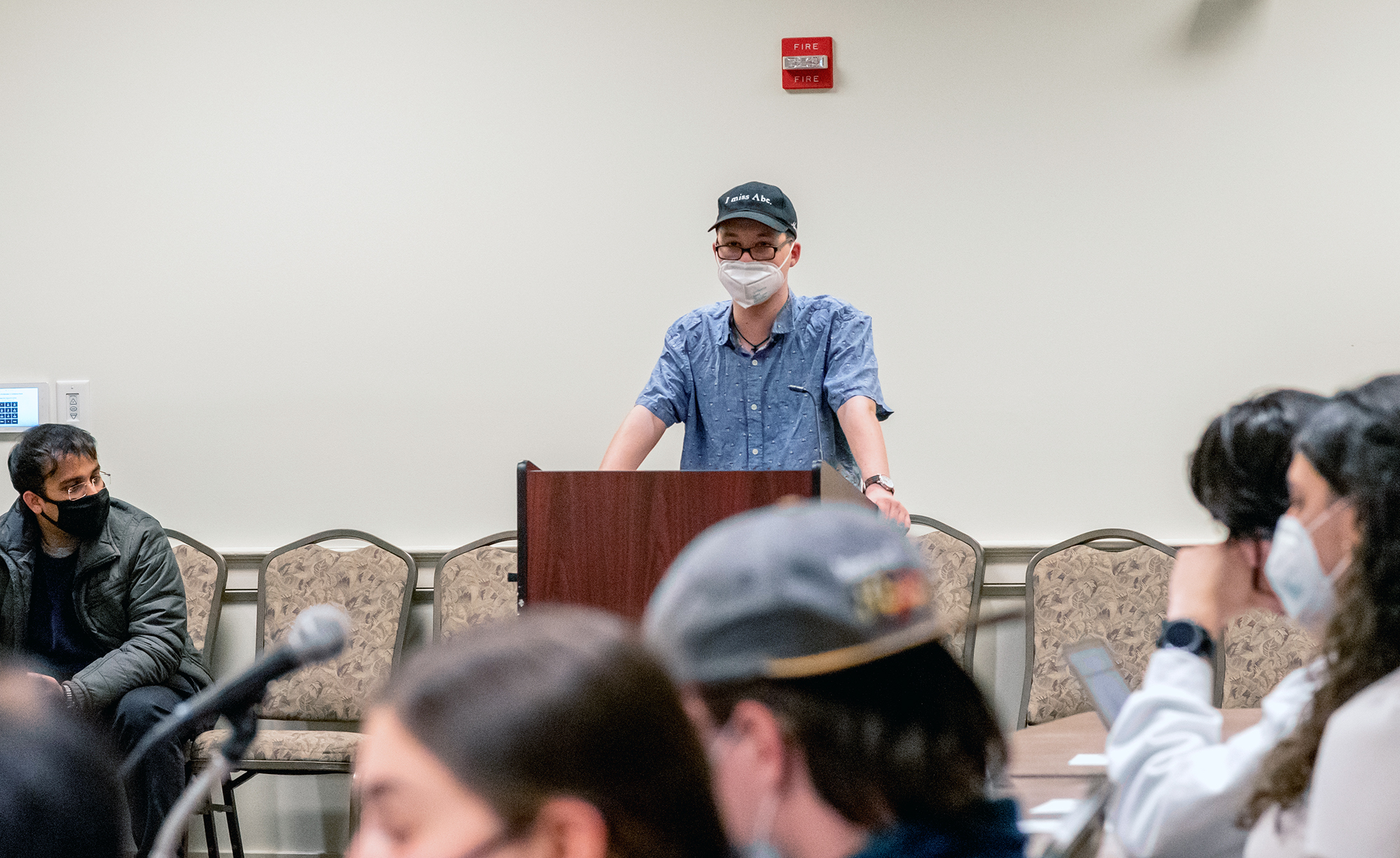 The University of Maryland RHA passed two resolutions Tuesday night in support of non-mandatory fee increases for dining and resident life services but shot down a fee increase for the university’s transportation services department.

The non-mandatory fee increases would fund wage increases, department maintenance costs and other funds. However, students would have to bear cost increases for dining plans and housing.

The university may implement these fee increases with or without the support of the Residence Hall Association, said RHA Vice President Jason Spizuoco.

“If we say we don’t support it, that’s not necessarily going to happen,” the senior aerospace engineering major said. “This is just the student input step of the process.”

However, some senators said they didn’t trust DOTS to better the quality of its services with budget increases. Freshman secondary education major and Cumberland Sen. Nicholas Marks, who authored the bill, said DOTS always uses the excuse of overhead costs of inflation for increasing fees. However, he said all departments deal with that and are worse off than DOTS.

The bill was unanimously opposed. Most senators clapped at the bill’s failure.

“I don’t think that we should force the student to pay for an organization that in my mind isn’t auditing itself correctly,” Marks said.

In the debate to support the proposal, several senators said they were hesitantly voting for the bill.

However, some students said they appreciated the Resident Life’s work. Spizuoco said he was on campus when the COVID-19 pandemic sent students home in March 2020, and the university refunded him about 40 percent of his room and board.

Several senators expressed a lack of trust in Resident Life to implement renovations in dorms, especially because they might be a moot point with continuous floods. RHA student fees coordinator Aiden Wechsler said because of the COVID-19 pandemic and lack of money, Resident Life deferred its dorm maintenance until now.

[UMD SGA passed nine bills in the past two weeks. Here’s what you need to know.]

“Because of their lack of money, they put [renovations] off,” the sophomore government and politics major said. “And so what they’re trying to do is get themselves out of that situation by asking for more money now, so they can address the real concerns.”

Dining Services also proposed an 8.95 percent increase to dining hall meal plans. Students would have to pay an extra $440 for their campus meal plan, according to its proposal. Nearly 90 percent of the revenue increase will go to salary and wage adjustments, so dining employees can be in line with the $15 hourly wage for union-represented workers. Over $227,000 will be used to pay for the increased costs of food products.

“There’s not a way for Dining Services to continue operating without this money. And we won’t eat,” said RHA President Scott Cronin.