UMD SGA passed nine bills in the past two weeks. Here’s what you need to know. 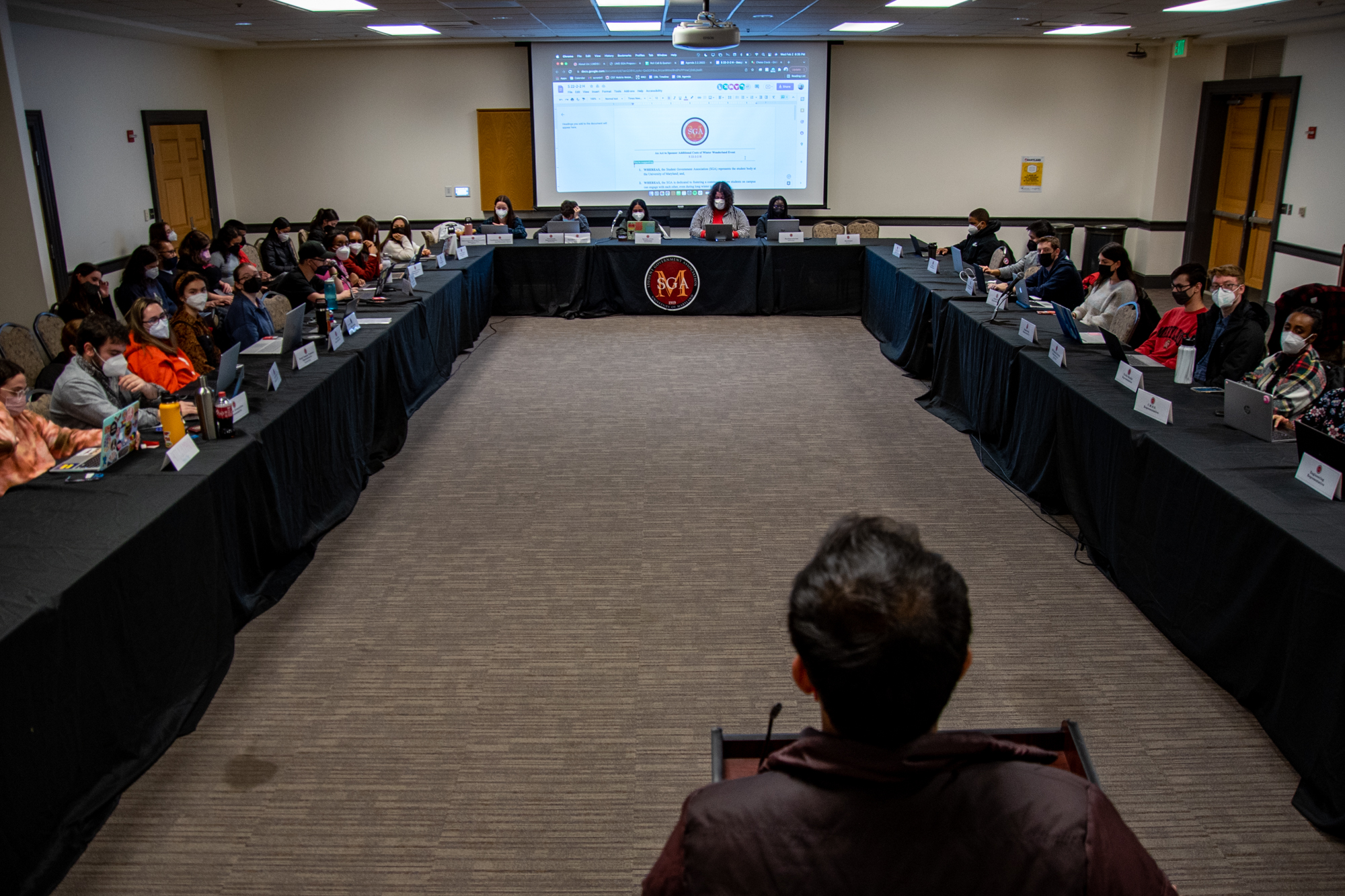 By Trisha Ahmed and Parker Leipzig

The University of Maryland SGA passed nine bills and confirmed the positions of all proposed legislative and election commission appointments during its first two general body meetings of the semester.

Student Government Association President Kislay Parashar said the large number of new appointments is not uncommon for the start of the spring semester, because the election commission is also appointed in the spring.

“Most of the other appointments [are] because people have been in a [position] shift for a while, they figured out which particular areas they are interested in, so they are basically doing focused work on that,” Parashar, a senior computer engineering major, said.

In the two meetings, SGA passed both emergency and regularly scheduled bills.

The act to assist BikeUMD with issues concerning a lack of safe routes for bikers incited a debate between Nicholas Marks, the education representative who sponsored the bill, and other representatives who posed questions and worries regarding the bill.

The bill passed with 27 votes in support and three abstentions Wednesday, meaning SGA will endorse Terps4BikeLanes and BikeUMD to work toward requesting better biking infrastructure on the campus.

SGA wanted to pass this as emergency legislation at the end of the fall semester, but it was removed from the agenda to see whether the council would revisit the subject, SGA Vice President Josie Shaffer previously told The Diamondback. The council made no such efforts, so SGA took action Wednesday night indicating students’ want for the safety the live-monitoring provides.

The resolution passed with 34 votes in favor and one abstention.

An act supporting the Environmental Human Rights Constitutional Amendment, sponsored by Courtyards representative Steven Berit, a sophomore computer science and government and politics major, was adopted into legislation when brought up as an emergency bill Wednesday.

This act succeeded and achieved 34 votes in support and one abstention.

The environmental amendment in question ​“will protect each person’s right to a healthful and sustainable environment,” according to the Maryland Campaign for Environmental Human Rights’ website.

The bill gives SGA’s support for including a question on the November 2022 general election ballot that would ask about adding the amendment to the Maryland Constitution, according to the Sierra Club.

The act passed with 24 in favor, one against and two abstentions.

SGA strayed from its usual legislative process, in which a representative presents a bill’s first reading in one meeting and the body votes on it in another meeting, when Berit motioned to suspend the introductory bill rules and get the FUTURE Act, S 22-2-2 C, read and decided upon during the Feb. 2 general body meeting.

The act passed in that meeting with 24 votes in support, two opposed and two abstentions.

Parashar mentioned the upcoming public forum for transparency about student fees, co-hosted along with the Graduate Student Government and the Residence Hall Association on Feb. 16, as something for students to look out for.

“Students haven’t been exactly a big active participant in the discussion regarding student fees. And it’s the money out of their pocket, so they need to definitely discuss that,” Parashar said.