Maryland men’s lacrosse faces first road challenge of the season in No. 9 Syracuse 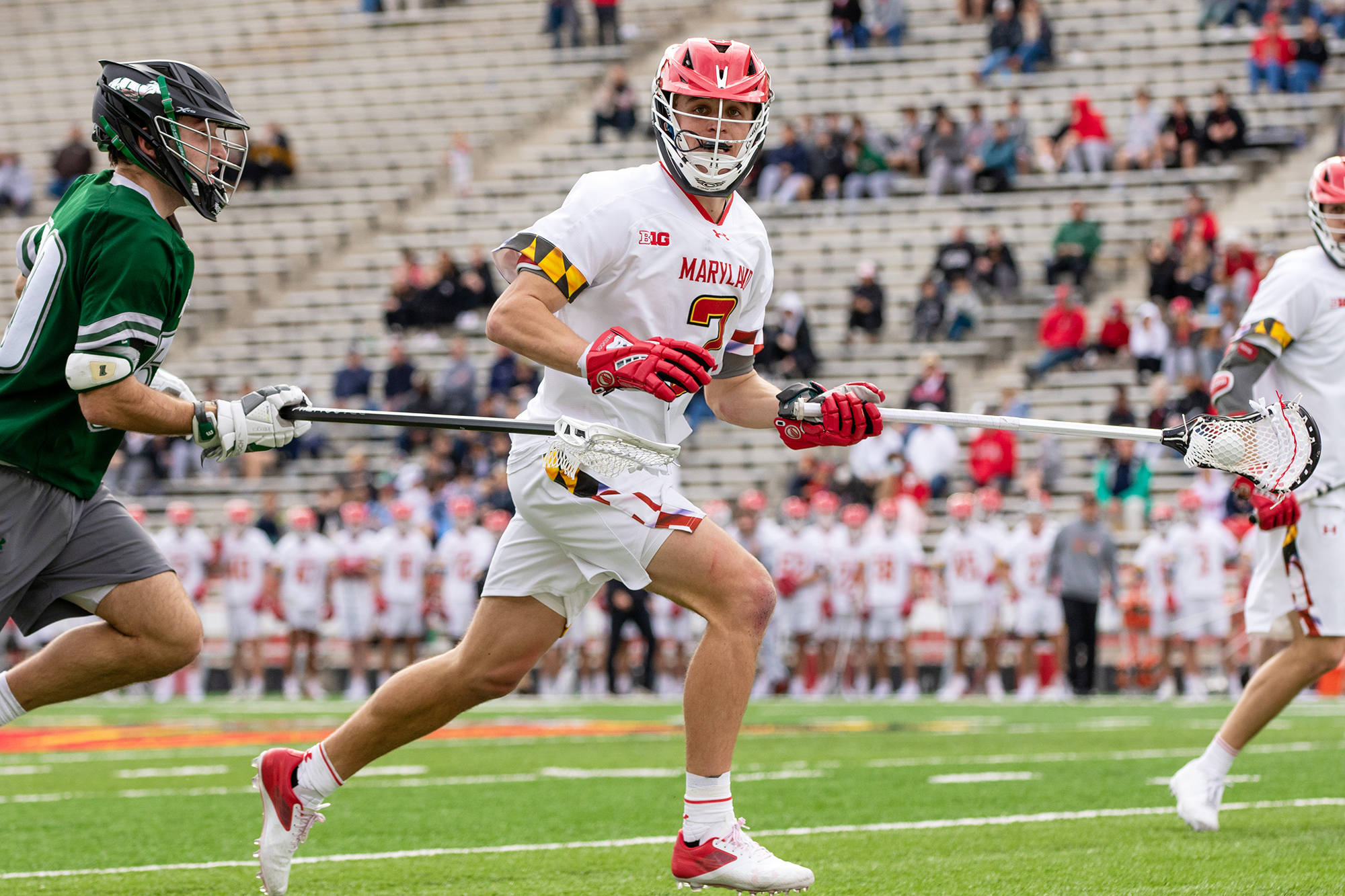 While tussling with an opponent, Ajax Zappitello kicked the ball into the attacking half, where it was picked up by Logan Wisnauskas. Wisnauskas dished it to Bubba Fairman, who powered past a defender before finding the back of the net in Maryland men’s lacrosse’s season-opening 21-13 win over High Point.

While the goal may not seem like anything out of the ordinary — Fairman notched 75 goals in his first four years with the Terps — it may become more uncommon this year as Fairman shifts towards the defensive area of midfield, becoming one of many players to take on a new role heading into the season.

“One of the biggest things is just being unselfish and doing whatever the team needs to win,” Fairman said. “We had some guys a little dinged up, and so I had to step up to a different role. But there’s so many guys on our team that have done that, besides me.”

While players in new roles may usually cause some friction, Maryland has picked up right where it left off last season, with big wins over High Point and USILA No. 14 Loyola in its first two games of the season.

The early-season victories have seen the Terps rise to No. 1 in Inside Lacrosse’s media poll and to a joint-No. 1 position in the USILA poll, which Maryland shares with defending national champion Virginia.

Midfielder Anthony DeMaio thinks the Terps’ maturity has played a large role in the team’s exciting start to the year.

“You have a lot of guys that played a lot last year that are back, and that experience is definitely serving them well,” DeMaio said. “I think that’s a huge part of the early success, we just got to keep that going here.”

Maryland will go on the road for the first time this season to the Carrier Dome, where it will take on No. 9 Syracuse on Sunday.

While coach John Tillman still thinks the team is learning to play together, he’s happy with what he’s seen so far.

“Sometimes you know who the parts can be, or who [is] on the verge of getting on the field, but then it’s trying to figure out the chemistry aspect of it,” Tillman said. “So, still kind of a work in progress, but it’s been a great group. These guys have really bought into trying to do the team first type stuff and just try to do what the team needs.”

The Orange impressed in their opening win of the Gary Gait era, thumping Holy Cross 28-5.

Tillman played with and against Gait in the past, who has won a total of 10 NCAA championships, three as a player at Syracuse and seven as an assistant coach of Maryland’s women’s lacrosse.

“Gary’s a winner,” Tillman said. “Everywhere he’s been, he’s won. And you could argue that he is the best player ever. I certainly would argue that.”

The game will mean a lot to defender Brett Makar — who grew up in New York — as the historic Syracuse program is a huge part of lacrosse’s culture in the state. He hopes the Terps can find more success than he did in his last trip to the Carrier Dome.

“The last time I was in the [Carrier] Dome we lost the state championship in football my senior year, so I don’t have a lot of fond memories there,” Makar said. “A ton of Syracuse fans there growing up and so many great Yorktown guys that have played at Syracuse … It is exciting being able to have that homecoming in a sense. I know there’s gonna be a huge Yorktown crowd there.”