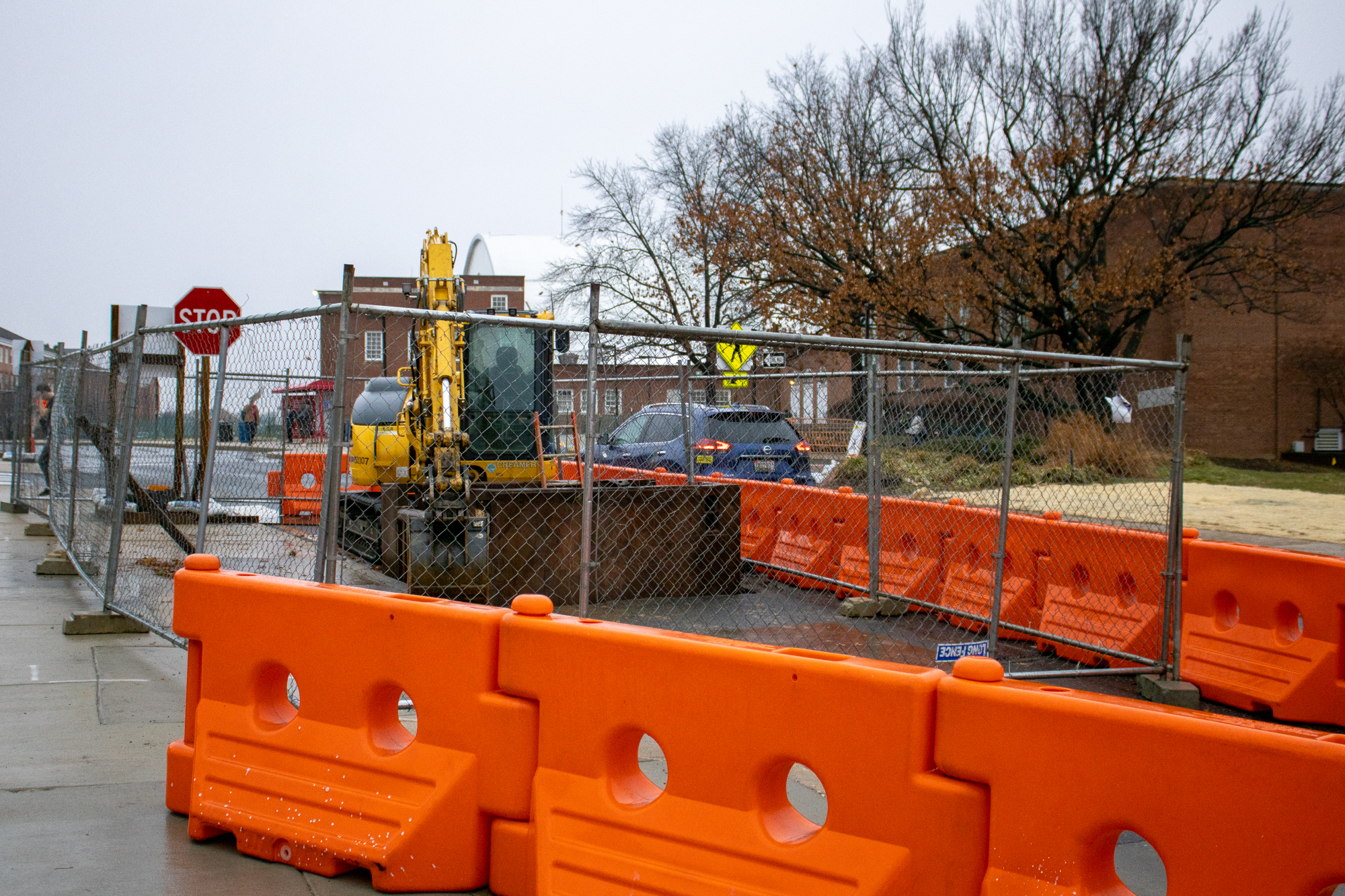 When I took my first tour of this university, my tour guide was forced to crack jokes about all the ongoing construction. The punchline was something like, “We’re always trying to make ourselves better!”

For a while, the construction was just a mildly irritating sight during walks to class, with all the orange cones or turned-up dirt. Then, it would become the sudden tapering off of sidewalks that forced me to take a different route to class, sometimes making me late. Most recently, the construction has been overtaking Route 1, which is holding up traffic, obstructing the entrance to the University View, and loudly blasting the sound of rumbling drills into the late hours of the night.

Improving a college campus is a necessary, positive thing. But any student at this university could attest to the fact that the construction has been going on for so long that it seems as though the university will never reach the improvement it claims to be striving for. And in the meantime, the incessant construction at the university is only sacrificing current students and businesses along the way.

There are a few different major projects disrupting student life. The approximately $50.4 million construction on Route 1 is meant to widen lanes, create medians, establish more accessible sidewalks and build bike lanes. New housing projects have broken ground on Knox and Hartwick Road, where the university plans to provide housing closer to the main part of campus, as well as the College Park Metro Station. An increase in the supply of on-campus housing could also lower the costs of rent for other on-campus housing for students, which can be so expensive that some University of Maryland students are deterred from living on or near the campus altogether.

However, students who are living off-campus cannot reap these benefits. And yet, these students have to deal with constant, exasperating noise coming from the construction in the early hours of the morning and dust lingering in the air as they walk to class. Despite the increase in the supply of housing, it’s unclear as to whether prices will actually go down or instead increase the supply of luxury, expensive rentals.

This construction combined with the construction along Route 1 — as well as the smaller construction projects constantly popping up around campus — serves as far more of a disruption to students than a potential benefit.

Students are not the only individuals impacted: business owners, especially alongside Route 1, now have entryways into their establishments obscured. Additionally, the constant noise coming with the construction makes local restaurants or shops less desirable to attend. In fact, the endless construction makes College Park a less desirable town in which to spend time.

Every college student wants to feel at home on their campus. But this is impossible when students look out the window and see demolished roads, yellow tape cornering off sidewalks and can only hear the sound of incessant construction. If this university is going to use construction as a means for improvement, then it is time it avoids rushing from project to project and actually allow current students to see and experience those improvements, instead of implementing never-ending, disruptive construction. Rebecca Scherr is a sophomore English and government and politics major. She can be reached at rsscherr101@gmail.com.