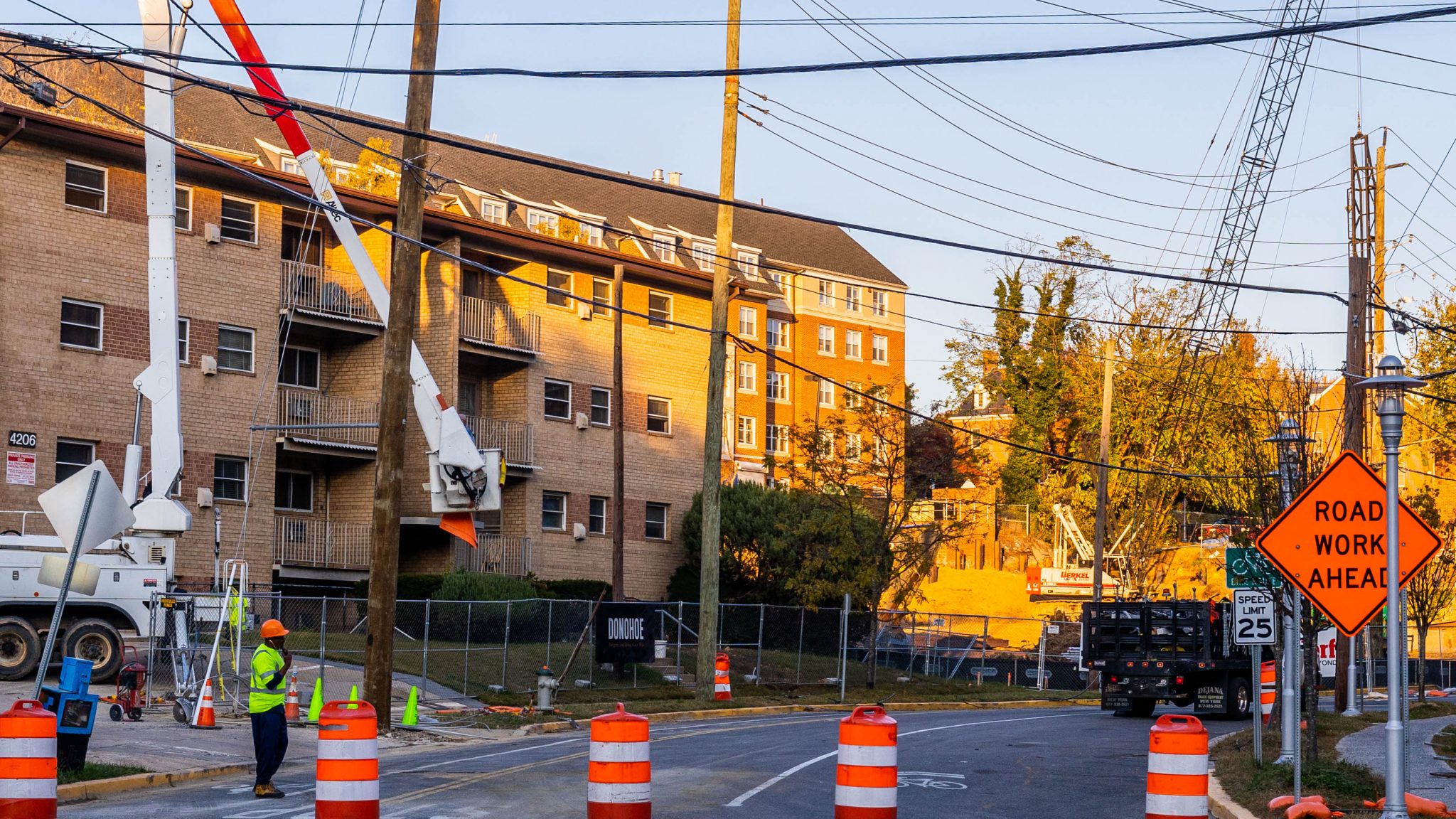 New apartments in the works on Knox and Hartwick Road will bring businesses and housing to College Park, but some students are taking issue with disruptions the construction is causing.

Four private student housing projects have recently broken ground on Knox and Hartwick Road, including Union on Knox, The Hub, Aspen Heights and The Standard. All of them are expected to be delivered in 2023 and 2024.

The increase in housing construction is a product of the successes of Terrapin Row and South Campus Commons apartments. The city of College Park and University of Maryland want to see more students living closer to campus and within walking distance of the College Park Metro Station, Ulman said.

“It’s really a part of a strategy to have more student housing on that side of the road, so that it’s easier for students to walk to campus,” he said. “And frankly to take some pressure off of the Old Town and Calvert Hills neighboorhoods.”

But the incessant noise that starts in the early hours of the morning is exasperating for students such as Sophia Kotschoubey, who lives in Allegany Hall. The building is adjacent to construction for The Hub. There has also been an increase in the amount of dust in the air, she said, making it difficult to breathe while she walks to class.

[Maryland has an affordable housing crisis. Single-family zoning is part of the problem.]

Aside from complaints about noise throughout the day, other students are also concerned about overdevelopment and the sheer number of construction projects occurring at the same time.

Daniel Ben-Or, a senior computer science and finance major who lives in College Park Towers on Hartwick Road, isn’t necessarily opposed to development, but is worried about the magnitude of current projects, which are disrupting student life, he said.

This is especially true considering the construction is happening all at the same time, and the buildings won’t open for another two years.

“The people who are most affected by it — people living in off-campus housing — are the ones that constantly have to deal with noise and reap none of the benefits of lowered cost of rent, hopefully from more supply,” Ben-Or said.

Still, some students aren’t sure these new additions will help address the affordable housing problem in the city. Kotschoubey thinks that prices likely won’t go down even when new apartments come online, and that the businesses that come into first-floor retail units will be bigger chains.

Ulman understands that the construction can feel like a lot, especially given the continued construction on Route 1.

“We’re all feeling it,” he said. “I think we’re confident that it’s in the long term interest of our vision.”

But students such as Garrett Hill don’t seem to be buying into that vision. The senior computer science major believes that the new housing additions won’t be affordable or available for students, and that developers and landlords don’t have the interests of students or small businesses at heart, pointing to the closing of Bagel Place and the movement of Marathon Deli.

“It’s not just the construction issue,” Hill said. “They’re all symptoms of a university and a development system that puts profit over people.”