Maryland has an affordable housing crisis. Single-family zoning is part of the problem. 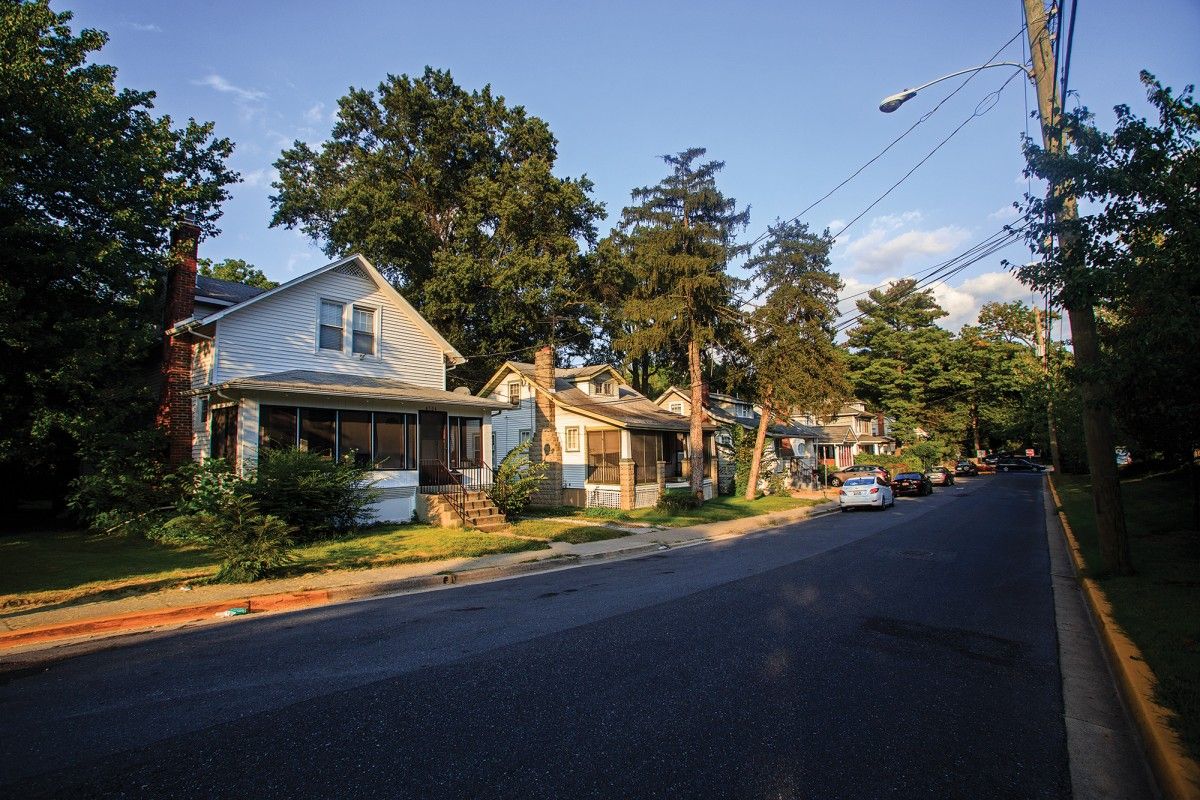 Prince George’s County and University of Maryland Police are visiting neighborhoods to talk with students and residents about community expectations. (Tom Hausman/The Diamondback)

Maryland is one of the bluest states in the country. Its residents, especially those in the suburbs of Washington, D.C., often regard themselves as progressives. In many neighborhoods you can see Black Lives Matter and “In this house we believe…” signs.

But, at the same time, Maryland has a housing affordability crisis — one that affects lower-income residents of color in particular. And this crisis is at least somewhat caused by the discriminatory single-family housing policies enacted during the 20th century, and largely upheld by the political clout of many current residents, who organize to block solutions that might impede on their neighborhoods.

It is hypocritical that Maryland purports itself as progressive, yet blocks policies that could ease the housing burden for marginalized residents. Maryland should embody its progressive ideals by embracing multifamily housing in more neighborhoods to lower housing prices, give more people the opportunity to live in the metro area and close to city amenities — while also alleviating racial disparities in housing.

Single-family zoning originated as a tool to exclude members of many underrepresented communities from inhabiting the same spaces as white homeowners. It became a way to make neighborhoods more exclusive and economically unfeasible for members of underrepresented communities to afford to live near white people. Research from Alexander Sahn of UC Berkeley has shown that between 1940 and 1970, the most exclusionary zoning was found in areas with the highest number of Black migrants.

The racist origins of this policy are reflected in its current implications. The low-density nature of single-family zoning, which is often compounded by minimum parking and lot requirements, makes it difficult to build an adequate amount of housing to compete with the demand.

The Urban Institute estimates that the Washington, D.C.-Metro region needs 374,000 more housing units by 2030 to accommodate current growth rates. Shortages of housing supply drives up the costs of housing, resulting in the median cost of housing in Montgomery County being $510,000 and a median single-family house costing $650,000. Members of underrepresented communities are simultaneously disproportionately underrepresented in single-family neighborhoods and the most affected by the rising costs of housing.

Single-family zoning also creates sprawl, which has environmental and planning implications. Though these neighborhoods are walkable, they often are not connected to other essential places in the community, requiring cars and roads for transport. Even when neighborhoods are close to transport and other amenities, it would be better to allow more density so more diverse residents can live close to amenities, instead of it mostly being upper-middle income, white homeowners.

However, zoning in areas, even those as progressive as the Washington, D.C.-Metro area, has been slow to change. Small changes, such as allowing additional dwelling units like backyard in-law suites, have been met with outrage by residents, despite the zoning change not stipulating anything about affordable housing. The reasoning cited by residents for opposing this change, such as their emphasis on protecting “neighborhood character” and “property values,” eerily echoes racist dog whistles of the past.

It’s possible to create higher density housing without having huge, high-rise apartment buildings on every corner. Multifamily units such as duplexes, multiplexes, townhomes and courtyard buildings are examples of “missing middle” housing: House-scale buildings that are higher density than single-family homes, yet not as intrusive as large buildings. Despite their usefulness and seamless fit in neighborhoods, missing middle housing has been largely absent from our housing stock due to single-family zoning. Increasing our stock of missing middle housing in neighborhoods would allow for more families of different income levels to live in the same neighborhood, increasing diversity and allowing for marginalized communities to have more opportunities for stable and conveniently-located housing options.

That’s not to say that implementing this zoning policy doesn’t have its problems. Affordability must be a primary emphasis, so that zoning changes don’t uproot lower-income residents, similar to what is happening in Langley Park and in areas surrounding the planned Purple Line.

Housing affordability is a problem that is afflicting the country, but is especially present in the Washington, D.C.-Metro area. Though the issue is complicated and will take much effort and a combination of many policies to fix it, allowing for denser housing in single-family zoned areas can be a part of the solution. There is a precedent for action, as demonstrated by the removal of single-family zoning in cities such as Minneapolis and Portland, Oregon, as well as the state of California.

Single-family zoning is inefficient, expensive and exclusionary. It has a history of racial discrimination, and continues to lock families of color out of the opportunity for stable housing. It’s time for Maryland to live up to its progressive values and to ensure that all its residents have access to high-quality, affordable and conveniently-located housing.