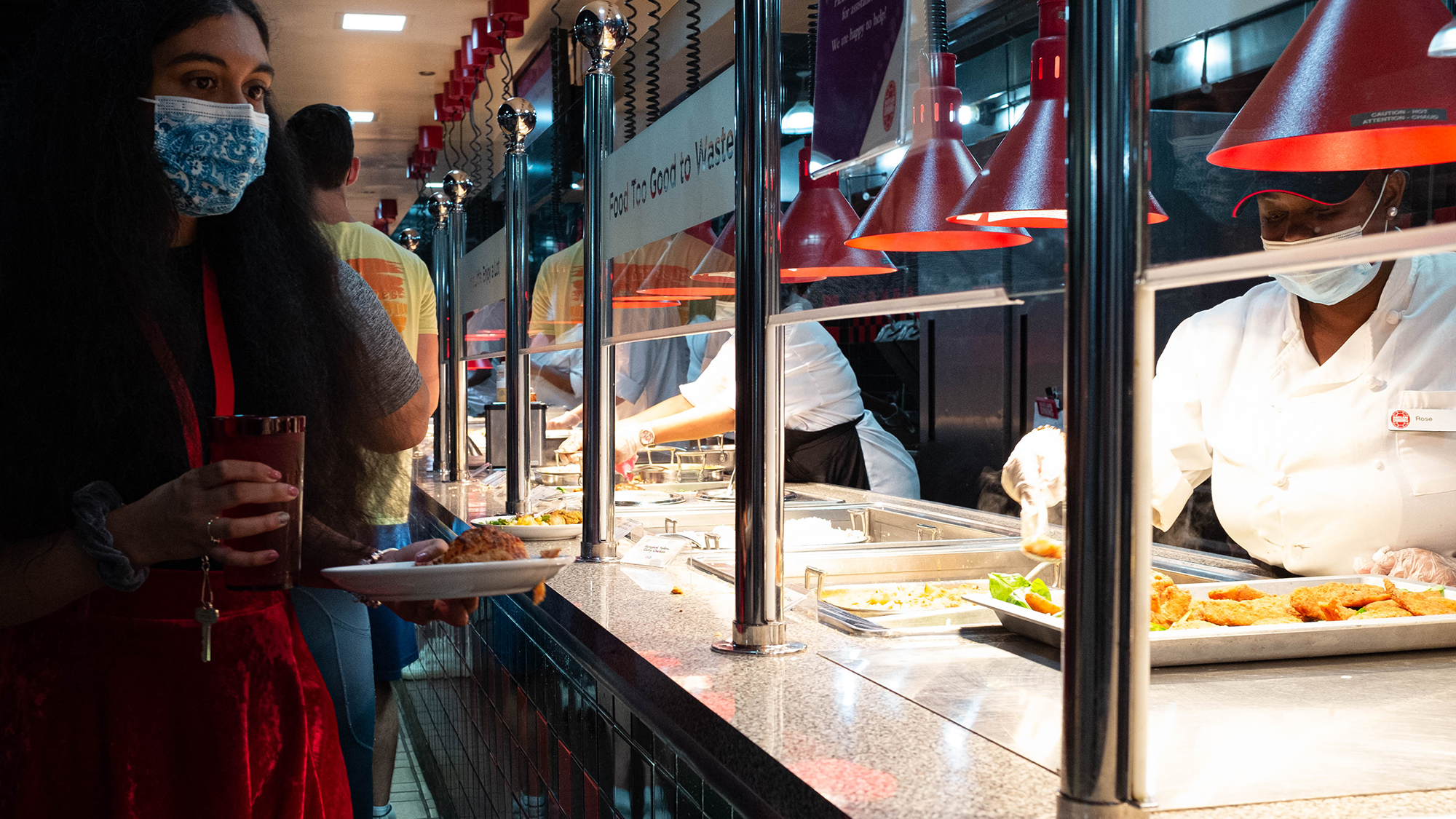 CLARIFICATION: This story has been updated to contain more context on Ulric Bethel’s comments on the duration of time it takes C-1 Dining Services employees to obtain C-2 status.

The minimum wage for union-represented University of Maryland dining hall workers was raised to $15 an hour late last year, but many of Dining Services’ non-union, contractual coworkers have distinctly different privileges and fewer benefits.

Contractual workers at this university fall into two categories: Contingent 1 and Contingent 2. Employment contracts for C-1 employees are seasonal or intermittent — without regularly scheduled hours — and these workers do not get certain benefits. Once a contract expires, a worker needs to sign a new contract in order to begin working again.

“C-1 employees do not accrue seniority. They do not get leave, annual leave or sick leave,” Dining Services spokesperson Bart Hipple said.

Dining service employees with C-2 status aren’t considered seasonal and have contracts that last between six to 12 months. These workers receive limited annual and sick leave, some access to health insurance and restricted access to tuition remission.

But even after working multiple contracts, these employees aren’t always guaranteed full time employment, said Todd Holden, president of AFSCME Local 1072, the union that represents workers at this university.

“It’s a really tough road for a lot of people to walk down, especially when they’re not even guaranteed the promise of full-time employment at the end,” Holden said.

Stuart Katzenberg, director of collective bargaining and growth strategies at AFSCME Council 3, said C-1 and C-2 employment statuses are a form of exploitation.

“These people do the same work as regular state employees but lack full benefits … and have zero rights,”Katzenberg said.

Regular status employees have access to subsidized health insurance, said Hipple. On top of that, they accrue annual leave, sick leave and personal leave, and they have greater access to tuition remission. None of these benefits are available to C-1 employees.

The majority of dining service workers are C-1 employees, said Ulric Bethel, a Dining Services cook and food manager. The C-1 employees generally work six and a half hour shifts at the dining halls, Bethel said.

It can take some C-1 Dining Services employees a long time to get C-2 status. That can be attributed to the limited number of C-2  positions and a lack of awareness about the distinction between the employment statuses, Bethel said. Additionally, aspects of the application process such as an interview can pose a barrier for workers who don’t speak English.

“The whole C-1 clan is not getting full time unless they’ve been here 15 or 16 years,” Bethel said.

Despite different employment statuses having different struggles, union employees went through similar things to get to where they are now. That’s why Bethel is committed to helping his fellow employees whether they are in the union or not.

“We wouldn’t say, ‘Oh, you’re not AFSCME.’ We will never do that. We will hear your case, and if there’s something in it where you have been mistreated, then we will point that out,” Bethel said.

The situation for student workers isn’t perfect either. Alena Sergueev, a junior government and politics major, worked at the South Campus Dining Hall last semester from the beginning of October until finals week. She quit before this semester began because it didn’t fit into her schedule and stressed her out, she said.

“It was too much for me,” Sergueev said. “At this point, I’d rather be poor than stressed.”

Sergueev said she was stressed for two reasons: She wasn’t given proper training and therefore didn’t know where things were in the kitchen and there was a language barrier between her and her coworkers. But ironically, even though she couldn’t perfectly communicate with them, her coworkers were often a source of strength.

Sergueev also said many of her coworkers moonlighted at McDonald’s or other fast-food restaurants to make ends meet.

“My coworkers broke my heart because they all work two jobs,” Sergueev said.