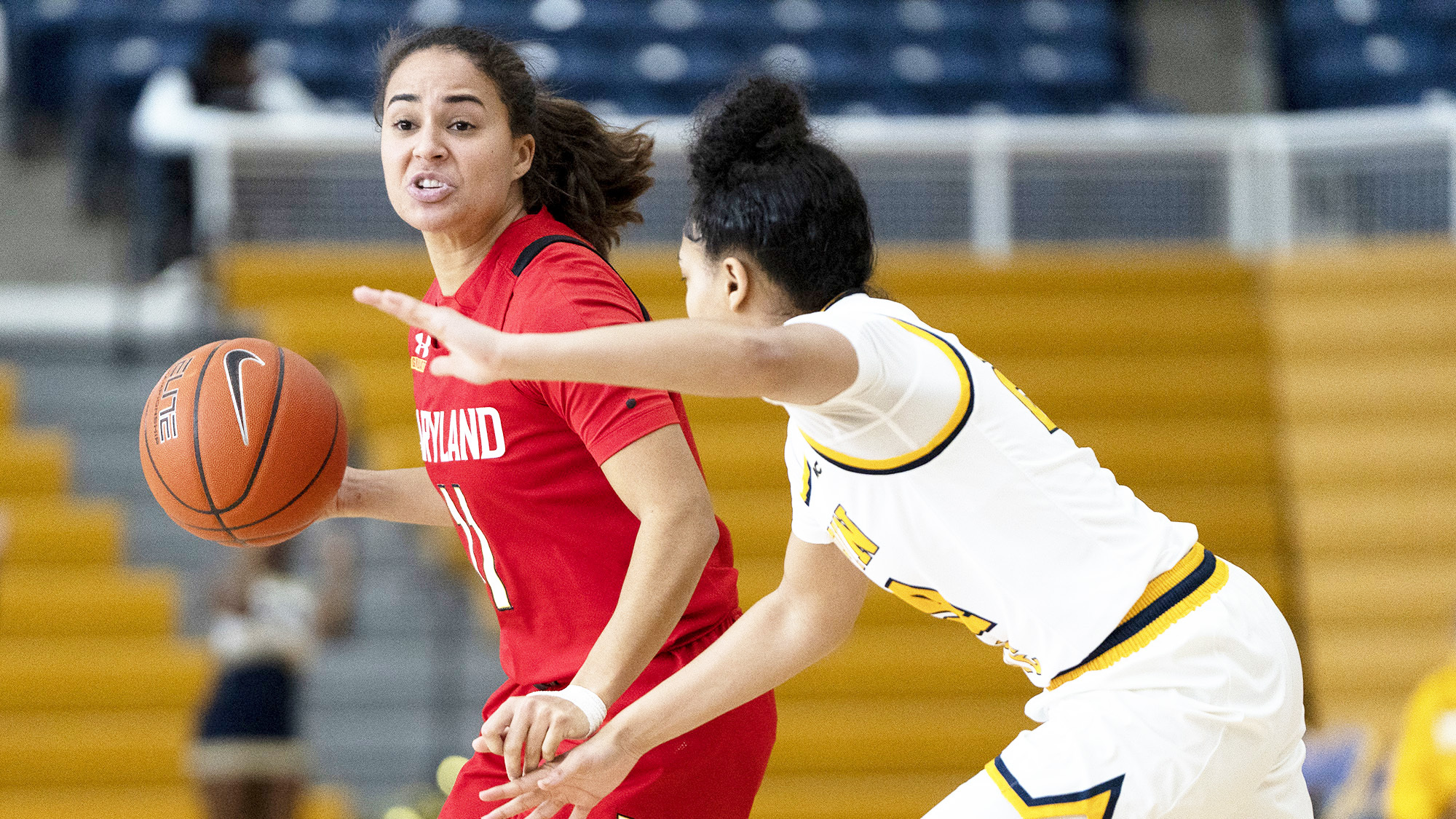 A nine-day hiatus from the court for Maryland women’s basketball came to an end on Tuesday in Baltimore versus Coppin State. And what an emphatic return to the court it was for the Terps.

After being outclassed on the boards in its most recent game against top-ranked South Carolina, Maryland righted the ship against the in-state opponent.

The Terps racked up rebounds and asserted their dominance in every facet of the 98-52 rout on the road. Katie Benzan tallied a game-high 22 points, fueling the offense behind a gritty effort all over the court.

“We had some really tough practices during finals this week,” coach Brenda Frese said. “We finally had a lot of days to work on us so to be able to see the unselfishness with our assist-to-turnover ratio, to see the response rebounding, that was huge.”

Maryland showed no signs of rust early on — it jumped out to its largest first-quarter advantage since Nov. 18 against UNC Wilmington.

The 28-13 lead after ten minutes was largely achieved by a scorching start from Benzan. The sharpshooting guard hit three deep shots in her 11-point opening quarter. She finished 6-for-9 from three in a stellar performance.

“I play with two great point guards in Ashley [Owusu] and [Shyanne Sellers] but it goes all around with my teammates just finding me when I’m open,” Benzan said. “Recently it’s been going down and just finding that confidence and that consistency, hopefully it can carry on for the rest of the season.”

Benzan and Chloe Bibby, who went 2-for-3 from deep on the day, got their open looks thanks to seamless ball movement on offense — especially from Ashley Owusu who garnered a team-high seven assists.

Second-year head coach at Coppin State and Terp alum Laura Harper was without leading scorer Jaia Alexander for a third consecutive game. While the Eagles had stayed afloat without Alexander prior to today, the missing link was evident as the team struggled to generate offense to combat Maryland’s persistent attack.

Maryland’s offense was firing on all cylinders, and at the same time, its suffocating defense made it even harder for the Eagles to chip away at the Terps’ lead.

Despite tallying just three steals on Coppin State’s 11 turnovers, the Terps made the Eagles pay for their miscues. By halftime, Maryland had scored 22 of its 56 points off of turnovers, leading to a dominant plus-32 scoring margin at the break.

The Terps shot 9-for-14 from three in the first half. One of those makes was from the returning Diamond Miller, making her first appearance since injuring her knee against Baylor.

Miller compiled 10 points, six rebounds and four assists across 21 minutes in her return to the court.

“I’m still working my way back, I have lots of progress to continue to get better at, but this was a good start,” Miller said. “I feel more confident than ever.”

Frese added, “it’s a sign of a great player when you make everyone around you better and that’s what she does … Our defense looks a lot better because [of] the [21] minutes she gave and I thought she made great reads.”

Angel Reese kept a lower profile than usual throughout the game. The standout sophomore took a backseat to Benzan, yet still managed to collect her seventh double-double on the year.

Bibby, Miller and Faith Masonius joined Reese and Benzan as double-digit scorers. The five leading scorers combined to shoot 55.3 percent as Maryland won every quarter and limited the Eagles to under 15 points in each.

The only knock on Maryland today was a season-low 60 percent showing from the line, which prevented the Terps from reaching 100 points for the second time this season by a slim margin.

Overall, the Terps shot 49.4 from the field and 50 percent from three. A 3.4 assist-to-turnover ratio further signified a one-sided affair as Maryland returned to the win column with Big Ten play looming.