Maryland women’s basketball dials in on offense ahead of No. 1 South Carolina matchup 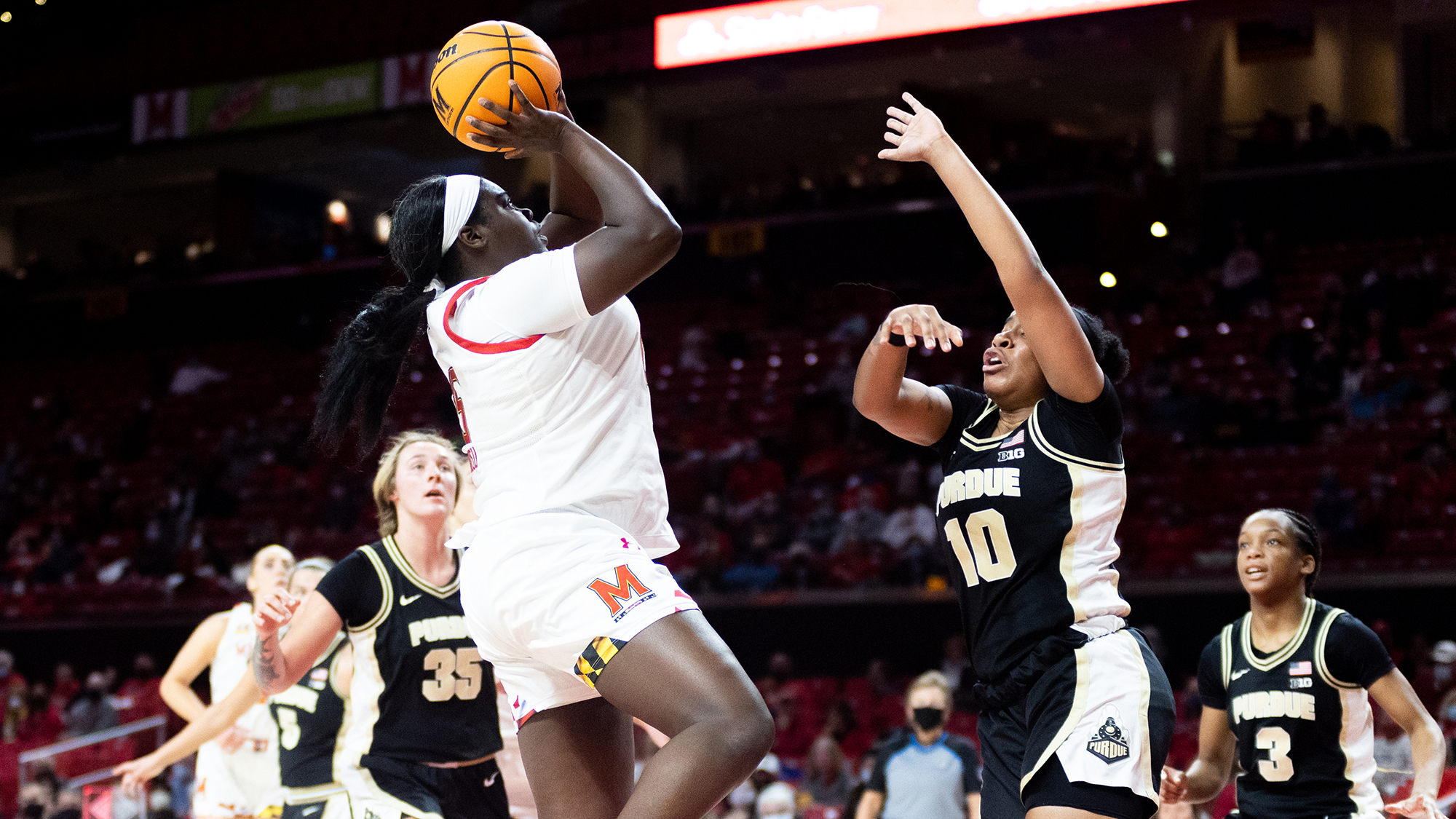 Two possessions later, after once again winding down a majority of the shot clock, Mimi Collins found Chloe Bibby for an and-one layup to extend the lead. Sandwiched between Owusu and Bibby’s methodical scores was a fast break initiated by a steal from Katie Benzan, her third of the evening.

The Terps’ diversity on offense was on full display down the stretch. While the Boilermakers battled the length of the game, Maryland pulled away by exuding its dominance in the half court and transition on three consecutive possessions.

“I thought that was a much better job in the second half, focusing on taking care of the basketball,” coach Brenda Frese said. “I thought we looked like Maryland basketball in the fourth quarter.”

It’s this attribute for the No. 8 team that brings forth a much needed boost of confidence ahead of this weekend’s marquee matchup against No. 1 South Carolina.

The Terps’ offense has been struggling to find consistency and meet their high standards this season. While its 83.6 points per game average still puts them in the top 10 in the country in offensive efficiency, it is still down considerably from its record-breaking 90.8 average the year prior.

Blowout losses to North Carolina State and Stanford, albeit against tougher defenses, marked the first time since the 2018 Puerto Rico Clasico that Maryland rattled off consecutive sub-70 point outings.

A team that likes to move in transition has had to find different ways to run its offense, according to game script. Closely contested games of late have reinforced the idea of pacing the offense, but the Terps have responded to this detour in spades.

Purdue hung around for far too long for Frese’s liking.

“If we play half like that [against South Carolina] that’ll be easily a 30 point spread,” Frese said. “We’ve got to sustain it. It won’t be hard to inspire these guys, but it takes a level with their depth that we’re gonna have to play at a really, really high level.”

To avoid a tight finish, Maryland switched it up and dialed down the speed at times to knock Purdue out of rhythm.

But at the drop of a hat, the Terps were able to fall back into their bread and butter — a high octane transition offense, ultimately sealing a 20-point edge in the second half.

“Keith [Pough] prepared us very, very well as a team with our conditioning,” Collins said. “We like to get up and run so with us just being in the best shape possible it just helps us the best.”

The ability to switch tempos and control the pacing of the game down the stretch is something that sets Maryland apart. But keeping that pressure on from the opening tip to the closing buzzer is paramount, especially with its largest nonconference threat approaching.

The Terps will travel to Columbia, South Carolina, to take on the undefeated Gamecocks Sunday. After all five starters scored in double figures versus Purdue, the confidence is at an all-time high.

“We want to show that we’re a top-10 team and we deserve to be in that conversation and that starts on Sunday with our intensity,” Benzan said.