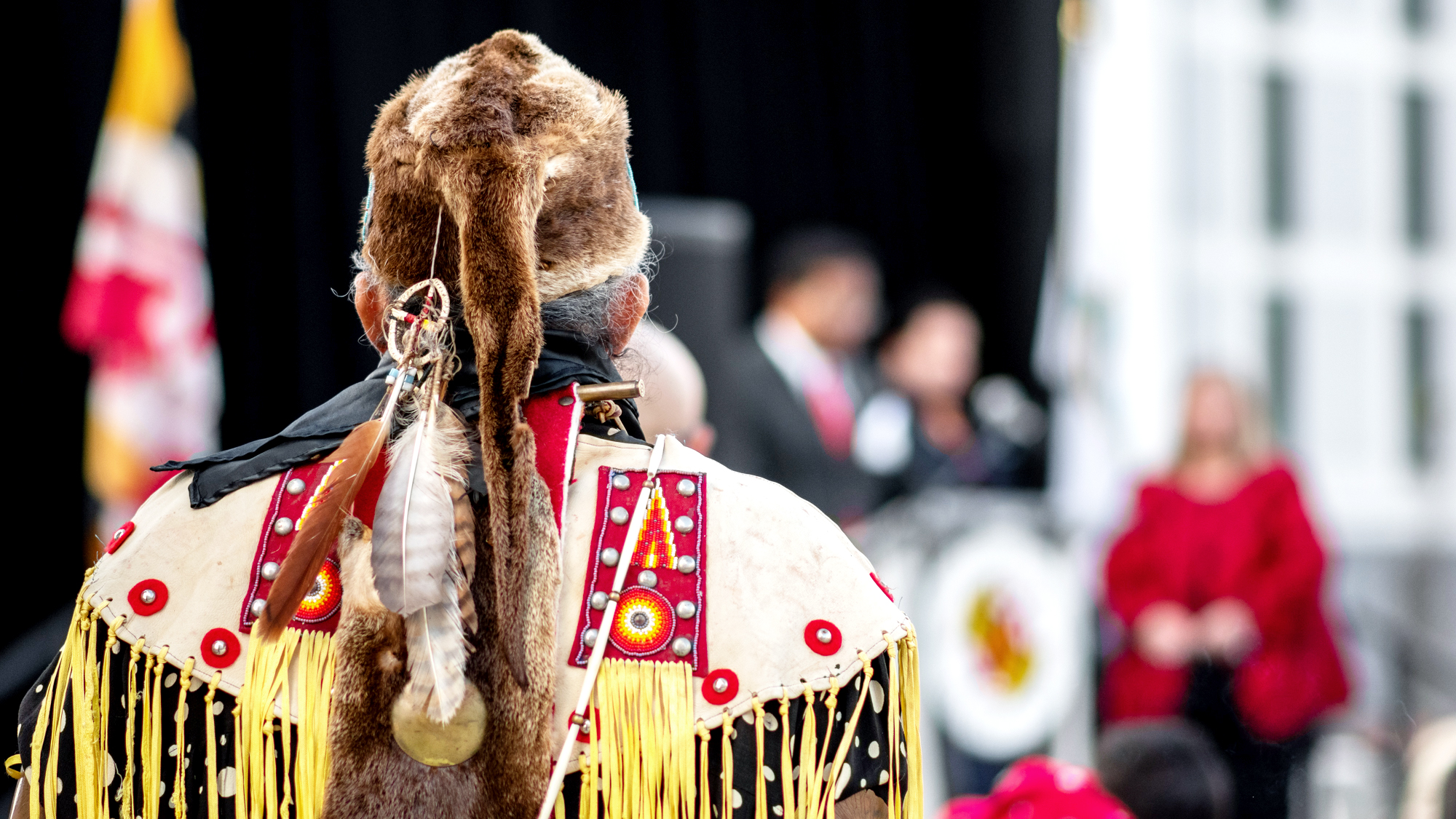 The University of Maryland named a dining hall to honor the Piscataway Conoy Tribe, whose land the university sits on. (Autumn Hengen/The Diamondback)

By Sofia Garay and Christine Zhu

There are only three members of the group now, said Allston, the group’s president. She wants to recruit more members, but it’s been difficult — there aren’t many Native American students at this university to begin with.

“It’s even harder to find them,” said Allston, a junior public health science major. “We can’t recruit more people into the organization if the school doesn’t admit more native students.”

Native American students make up less than one percent of the student population at this university, according to the multi-ethnic student education office. And as the university takes steps to support Indigenous communities — such as announcing the creation of a Native American and Indigenous cultural center and naming a dining hall to honor the Piscataway Conoy Tribe — university community members that identify as Indigenous or Native American say there’s more work to be done.

Bayley Marquez, an assistant professor in the American studies department at this university, was hired as part of a search for a position in ethnic studies and Native American studies. She teaches topics related to the intersectionality of various ethnic groups.

When she began her position at this university, Marquez found that students and faculty pushed for more resources for the Native American community and with the work university President Darryll Pines is doing, she has seen how the university can respond to some of those concerns, she said.

“It can be hard to gather because we’re often split up into a lot of different places,” she said. “So having that integrated space will be really important.”

Though the university has demonstrated a relationship with the Piscataway Conoy tribe by renaming a dining hall on campus, she is interested in seeing how the university can develop further relationships with local tribal groups, she said.

Some changes the university has made include administrative positions to organize resources for the Native American communities on campus such as events like the annual Powwow, a celebration of culture that includes singing and dancing.

Emily Minner feels that a lot has changed at the university since she started in her position as the graduate coordinator for native and Indigenous student involvement. She thinks there’s still more room for improvement — for example, she wants to see more admission initiatives for Native American students, since the large Indigenous population of Maryland is not reflected in the student population of this university.

“Having someone on campus that will connect students is a big aspect of it because there are a few of us, so we have to build the community,” she said. “Just my position is definitely a big step, but there’s more to take.”

Minner, an enrolled member of the Lumbee Tribe of North Carolina, grew up in Baltimore, where there is a significant Lumbee population. She recalls a strong sense of community, whether at church or Lumbee-owned daycares or restaurants.

Now a library and information science graduate student at this university, Minner attended Towson University for her bachelor’s degree in early childhood education. During her time at Towson, she said she never met another person who identified as Native American or Indigenous. However, when she got to this university, she was able to meet several other Native Americans, she said.

Brandon Harley, who graduated in 2019 and is the former vice president of AISU, has seen how the university became more diverse and focused on resources for Native American students largely due to support for the multicultural involvement community advocacy office.

“The support of MICA has been insurmountable,” Harley said. “The amount of support and guidance that we’ve gotten over the last few years to be able to do all the amazing stuff that we’ve been able to do on campus.”

During his first year as an undergraduate at this university, Harley found that his grades suffered because he didn’t feel as though he belonged on the campus. Eventually, he found other Native American students and was able to gain more confidence and relate to other people.

“Having that space where you’re able to communicate with other native people and relate to people in such a way,” he said. “It may not be an exact replica of one another, but having someone to talk to that understands who you are and where you’re from goes a long way in having that kind of space.”