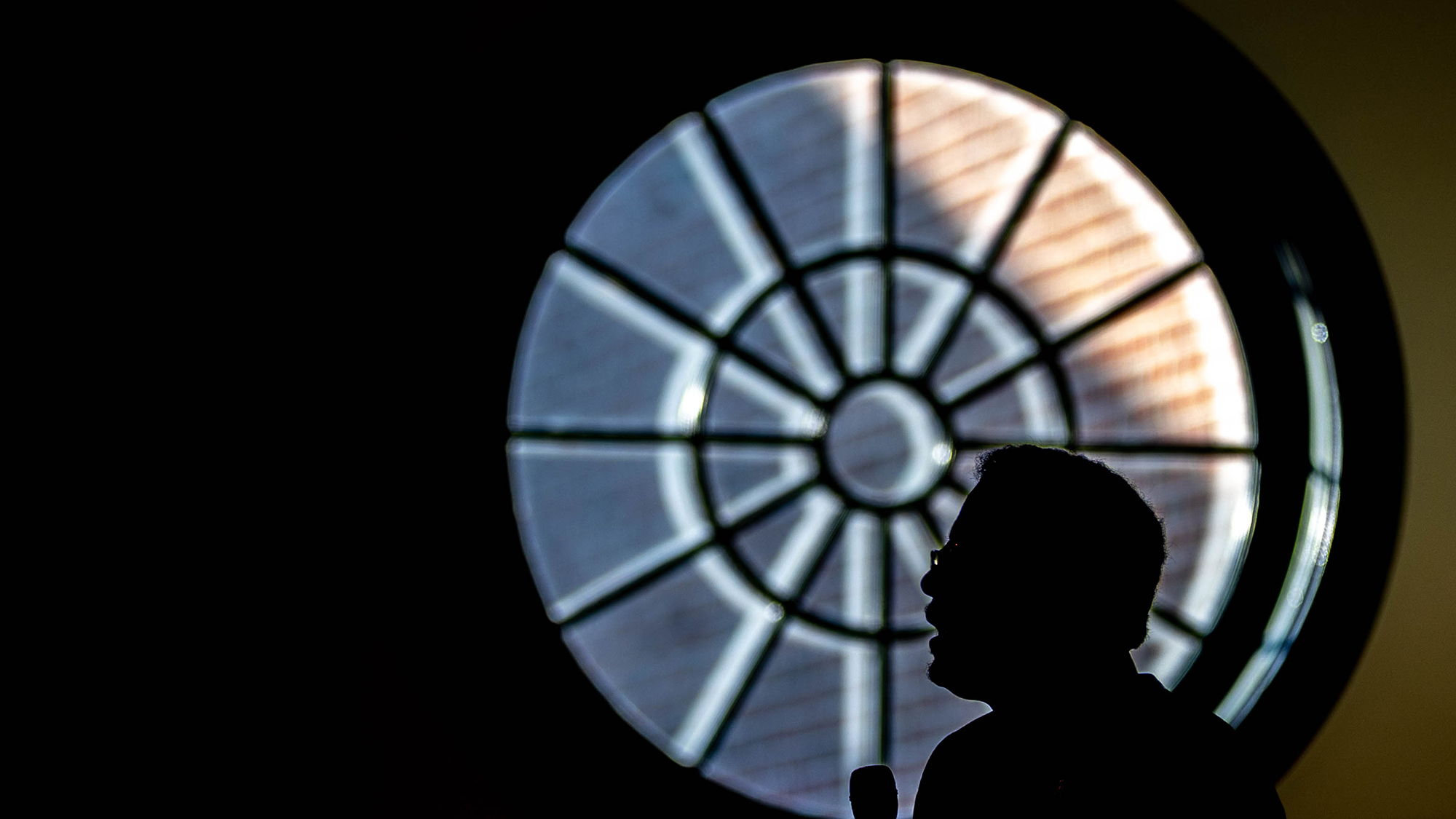 University of Maryland President Darryll Pines delivers the State of the Campus address in front of the university senate on Nov. 10, 2021. (Julia Nikhinson/The Diamondback)

University of Maryland President Darryll Pines gave his State of the Campus address to the University Senate Wednesday, announcing new cultural centers coming to Cole Field House, an update on campus diversity and a key change to graduate student stipends.

In his presentation, Pines said Cole Field House will be upgraded to create a new student center with five cultural centers to serve as community spaces for student groups on the campus.

The new space will include cultural centers for Latinx, Asian Pacific Islander Desi American, Native American and Indigenous, multiracial and biracial communities, as well as one for those with disabilities, according to a campuswide email sent after the senate announcement.

In the email, Pines, Student Affairs Vice President Patty Perillo and Diversity and Inclusion Vice President Georgina Dodge said conversations with the university community as well as existing cultural centers — such as Nyumburu Cultural Center and the LGBTQ+ Equity Center — were the inspiration behind the new centers.

“The conversations were rich and the feedback received included a deep desire for spaces on campus … that offer valuable opportunities designed to not only celebrate and honor students’ diverse cultures and identities, but also help create, build, and sustain the communities with which they identify,” they wrote.

In addition, Pines announced that for the first time in the university’s history, the freshman class is a majority minority class. About 48 percent of the campus community identifies as a minority, he said. The senate applauded this accomplishment.

Within the last year, the university has attracted 18,095 additional applications. Over the previous four years, the number of applications has floated around 33,200 applications, but jumped to 50,306 this fall.

Pines credited the university’s recent test optional status as a result of the pandemic, as well as adding the Common App to provide an additional way for prospective students to apply.

The university is also trying to make itself more geographically diverse, Pines said. The university population is currently composed of many students from Maryland, New Jersey, New York, Pennsylvania, Virginia, Massachusetts and Connecticut, he said.

Meanwhile, Pines announced that Provost Jennifer Rice and Steve Fetter, dean of the graduate school, have been working to aid graduate students by increasing stipends.

He announced the university is increasing the minimum stipend for graduate students to $21,000. The increase is about an additional $2,000.
CORRECTION: Due to a reporting error, a previous version of this story misstated that there will be a new LGBTQ+ cultural center in the Cole Field House. This story has been updated.