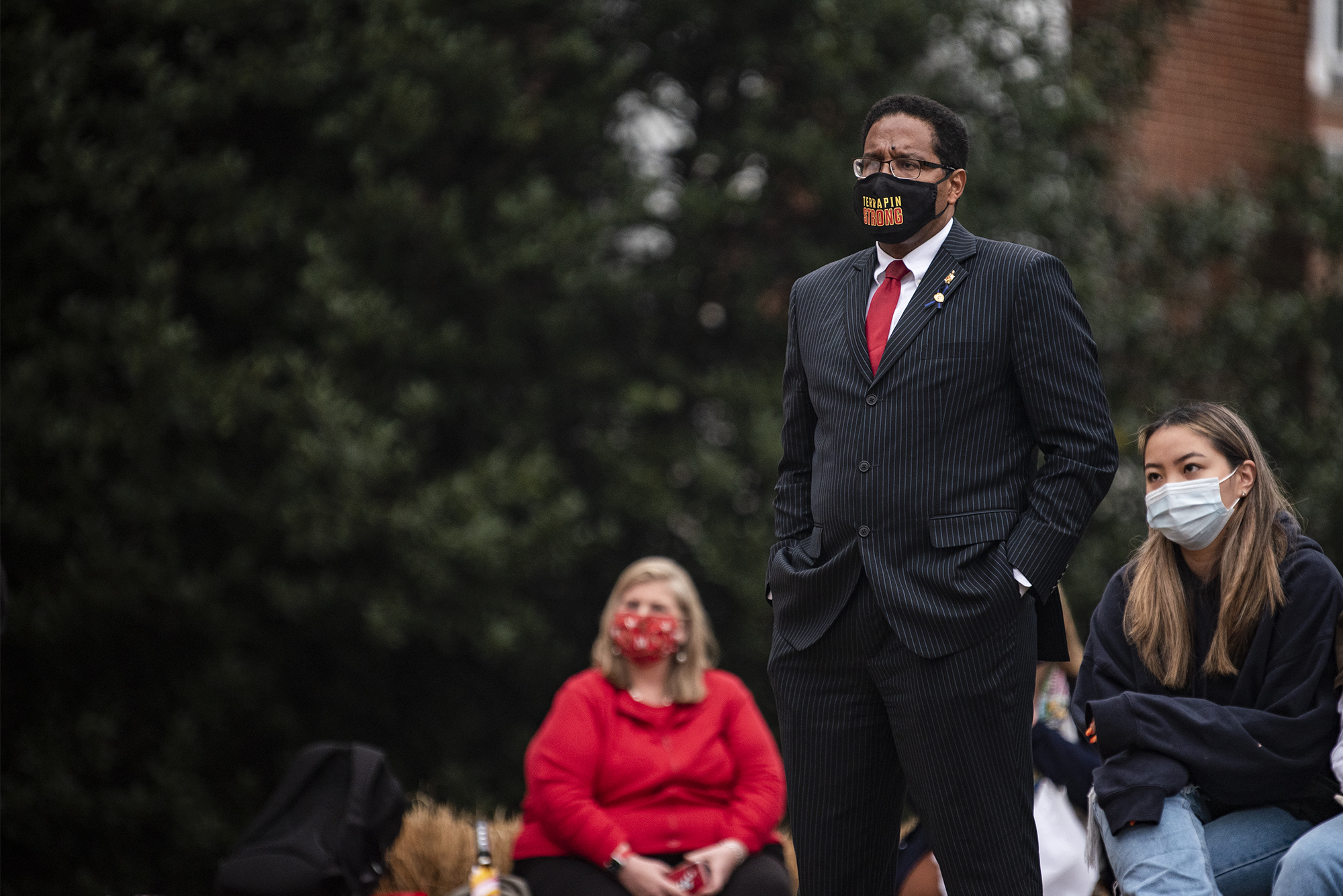 “I don’t think we have a big problem here in Greek life” — President Darryll Pines, 2021.

This is one of President Pines’ most memorable quotes in recent memory, downplaying the severity of the sexual assault problem at the University of Maryland and within Greek life during an interview with The Diamondback. It’s one of many scandals that has marred the beginning of the new presidency. In a University Senate hearing, President Pines said opposition to the deforestation of the Guilford Woods “is simply purely emotional for many people, and not necessarily completely based on rationale and science.”

The backlash that surfaced against Pines during events such as Preventing Sexual Assault’s annual Slut Walk and the Save the Woods protest on McKeldin Mall is well-deserved. But it shines a light on a much larger issue: the massive divide between the student body and faculty and their supposed representatives.

After all, ‘president’ may be a misnomer for someone appointed by a 21-member board of regents — members who, by the way, are appointed by Maryland’s state government — not students or professors. Of the 21 members, two are students, which speaks volumes about student representation at the highest level within the University System of Maryland.

The electoral college might be broken representation-wise, but it’s got nothing on the inefficacy of this process.

The solution? Get rid of them. Abolish the presidency.

Not to knock the regents or Pines in particular, but college presidents have long been out of touch with the ground-floor mechanisms of universities. For example, this university’s previous president, Wallace Loh, resigned following the controversy surrounding the death of football player Jordan McNair.

But this problem does not start or end with just this university — it pervades higher education as a whole. For instance, Lawrence Summers, one of Harvard University’s former presidents who served from 2001 to 2006, has a slate of accolades to his name: chief economist of the World Bank, treasury secretary to former President Bill Clinton, director of the National Economic Council for former President Barack Obama, and more. All of these higher positions have two things in common: they’re incredibly powerful, and they’re unelected positions.

The latter component shines through when Summers decided to make comments that imply that men outperform women in high school STEM scores because of genetic differences, stating that “Research in behavioural genetics is showing that things people previously attributed to socialisation weren’t due to socialisation after all.”

It’s clear that placing people in unelected positions of power allows for some less than savory actions that might not occur otherwise if they were elected to their job.

Some may argue that presidents aren’t here to represent us (which doesn’t really make them much of a president), but rather to maintain order and be in charge of faculty and students. To that I ask: Who holds them accountable? Which of us can hold the most powerful people on campus accountable for their actions? Without an effective avenue of consequence, the college presidency functions a whole lot more like a college monarchy.

The highest echelons of our university systems are flawed and worth analyzing as we live through them. Summers, Loh and Pines are only symptoms of a greater issue in the organization of power on college campuses, figureheads of a relatively obsolete position.

In replacement of a president or monarch, universities should instead adopt a council of students and faculty to make the major decisions that affect themselves in higher education across the globe, not just advising committees that are easily dismissed by the breeze. It’s time to restructure our campuses and get the representation we have more than paid for.