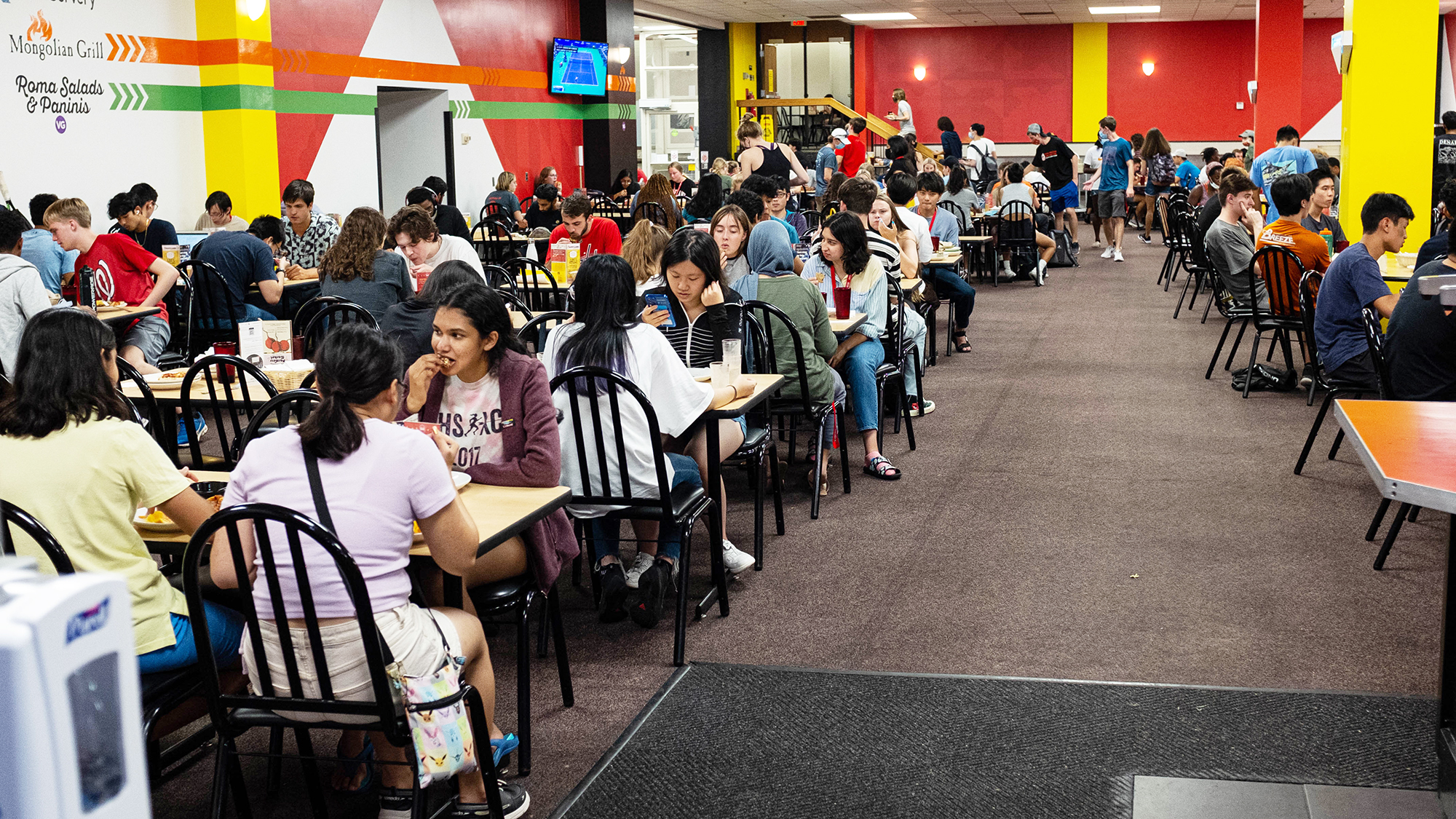 Representatives from the University of Maryland Dining Services and the Department of Transportation Services outlined plans to combat staffing shortages at a town hall hosted by the RHA Tuesday.

Both the food service industry and the commercial driver industry have taken hits during the COVID-19 pandemic, resulting in limited operations of on-campus dining facilities and bus routes this semester.

“I’ve been doing this type of work for over 20 years and what I do know is when something is new, everybody goes to it,” Wright-Riva said.

To curve the potential overcrowding and boost use of the other dining halls, Wright-Riva said Dining Services began piloting a new burger station in 251 North at the end of October and is looking to convert the salad station into a “salad by design” station where dining hall employees will toss a salad after a student chooses what ingredients they would like.

“Even though we know you all want to go to the new dining hall, we want to encourage you to try 251 [North] often as well,” Wright-Riva said.

As Dining Services staff prepare to open the new dining hall, Wright-Riva said if the staff may be stretched too thin in fall 2022, it may result in the temporary closure of some dining locations on campus.

She added that if staffing shortages occurred, the North and South Campus Dining Halls would be open, 251 North would be a backup and campus shops would have priority over cafes.

“I made the decision this semester that if I couldn’t staff them all then I would prioritize them,” Wright-Riva said. “If we’re in a real pickle that’s what we’ll do.”

Michael Purdie, chief of internal affairs for the Residence Hall Association, said that as a freshman, he often visited the 24 hour shop on north campus, which helped him understand why Wright-Riva would choose to prioritize shops over cafes.

He said he prefers being able to grab a late night snack from the shops on campus over stopping at cafes during the day.

“If [keeping the shops open] means closing a cafe down a little bit earlier, it feels okay to me,” the senior journalism major said.

David Allen, the executive director of DOTS, also addressed months of complaints about reduced bus schedules at the town hall.

Issues with the bus system began the first week of the semester when only one bus was sent to the #141 Gaithersburg Park and Ride, leaving some students stranded with no way to get to campus. Since then, DOTS has added another bus to this route, but some campus community members continue to struggle with inconsistent arrival times of Shuttle-UM bus services.

These issues are due to financial constraints as a result of the pandemic and a decrease in student bus drivers, Allen said.

Since the start of the pandemic, DOTS has seen student driver numbers decrease from about 100 to about 20, Allen said, making it difficult for DOTS to resume normal, pre-pandemic operations.

Currently, DOTS is not sure whether they should limit the amount of routes the buses run or continue to run most of the routes, but with “watered down” service, Allen said.

Alexa Stimpson, a RHA senator at-large, thinks part of why DOTS is struggling to find drivers is because of its poor reputation among students.

“Due to parking, people have a negative perception of DOTS and they don’t recognize and don’t really know about … the plus side and the great resources of DOTS,” the sophomore finance major said. “Because of that, [working for DOTS] loses some of its incentive.”

Allen added that he is making it a public goal to get the number of student drivers up to 75 by next fall.

“We’re trying to scratch our way back,” Allen said.