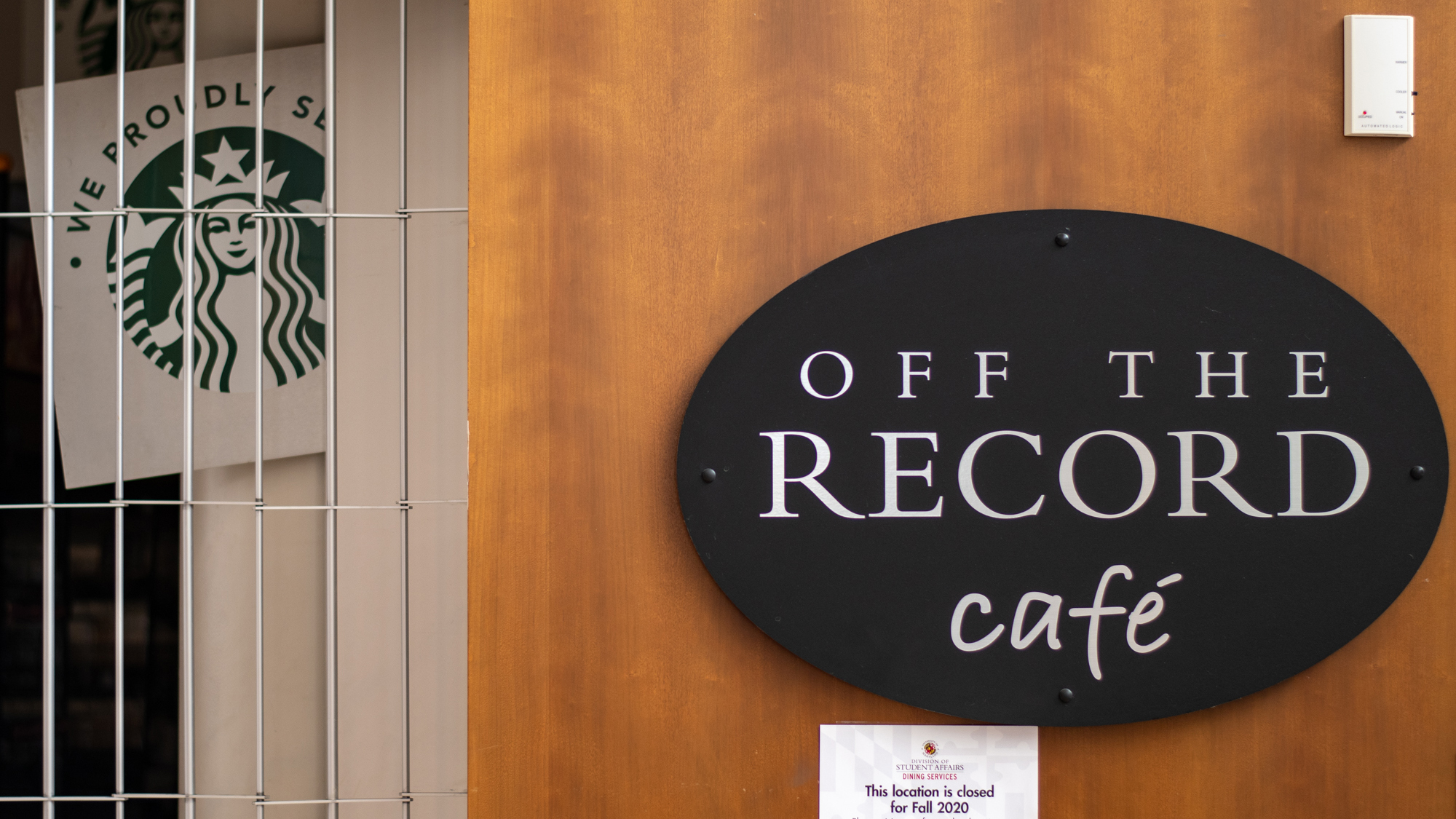 As campus life returns to a new sense of normalcy, the pandemic continues to impact the food industry, including University of Maryland Dining Services.

Nine cafes on campus are closed for the fall 2021 semester, leaving 10 open cafes scattered across campus.

Bart Hipple, the Dining Services spokesperson, said the decision to close certain cafes depended on pandemic-related staffing shortages, the projected traffic in the buildings the cafes are in and the cafes’ past sales data. These same factors will also determine changes in cafe operations during future semesters, Hipple added.

“We will continue to evaluate what’s going on and what makes sense moving forward,” Hipple said. “Our primary efforts have to be focused on the resident students’ main three meal periods: breakfast, lunch, and dinner.”

Some students say the cafe closures have made it inconvenient to grab a snack or coffee in between classes or while studying. Cafes that are open aren’t always near students’ classes, and if there is a cafe nearby, it’s usually busy, some say.

Despite the closures, some students have turned to bringing coffee or snacks from home or changing their past habits.

Cohen, who spends a lot of time at Knight Hall, said she misses the convenience and relaxation getting a coffee or a snack at Off The Record Café provided before it closed.

“There’s something nice about going downstairs and grabbing a cup of coffee or tea or just a snack when you need a break,” Cohen said.

While she’s happy she’s saving money by bringing her own coffee to school, Cohen said when she does need caffeine mid-day, it can be difficult to find time to get to the open cafes.

“There are definitely days where I’m like I could certainly use a boost right now and have like a 10-minute break and don’t have time to go to Stamp or McKeldin,” Cohen said.

For Heather Cirino, a freshman criminology and criminal justice major, long lines and a lack of cafes in the buildings her classes are in get in the way of making frequent visits to cafes.

“Now, I really just do a morning coffee because it is a really long wait especially at places like ESJ,” Cirino said.

Tino Quagliata, a senior journalism major, said he spends most of his time in Knight Hall or Tawes Hall, neither of which have an open cafe this semester. Instead, Quagliata said he sometimes brings a to-go cup of coffee to his classes, but by the afternoon he needs a refill.

When Quagliata does need a pick-me-up, he said he usually goes to The Coffee Bar at Stamp Student Union. But sometimes, when he goes on the weekends, it’s not open.

“We need our coffee,” Quagliata said. “We’re doing our work at any hour of the day.”