Maryland football succeeds when it can dominate through the air 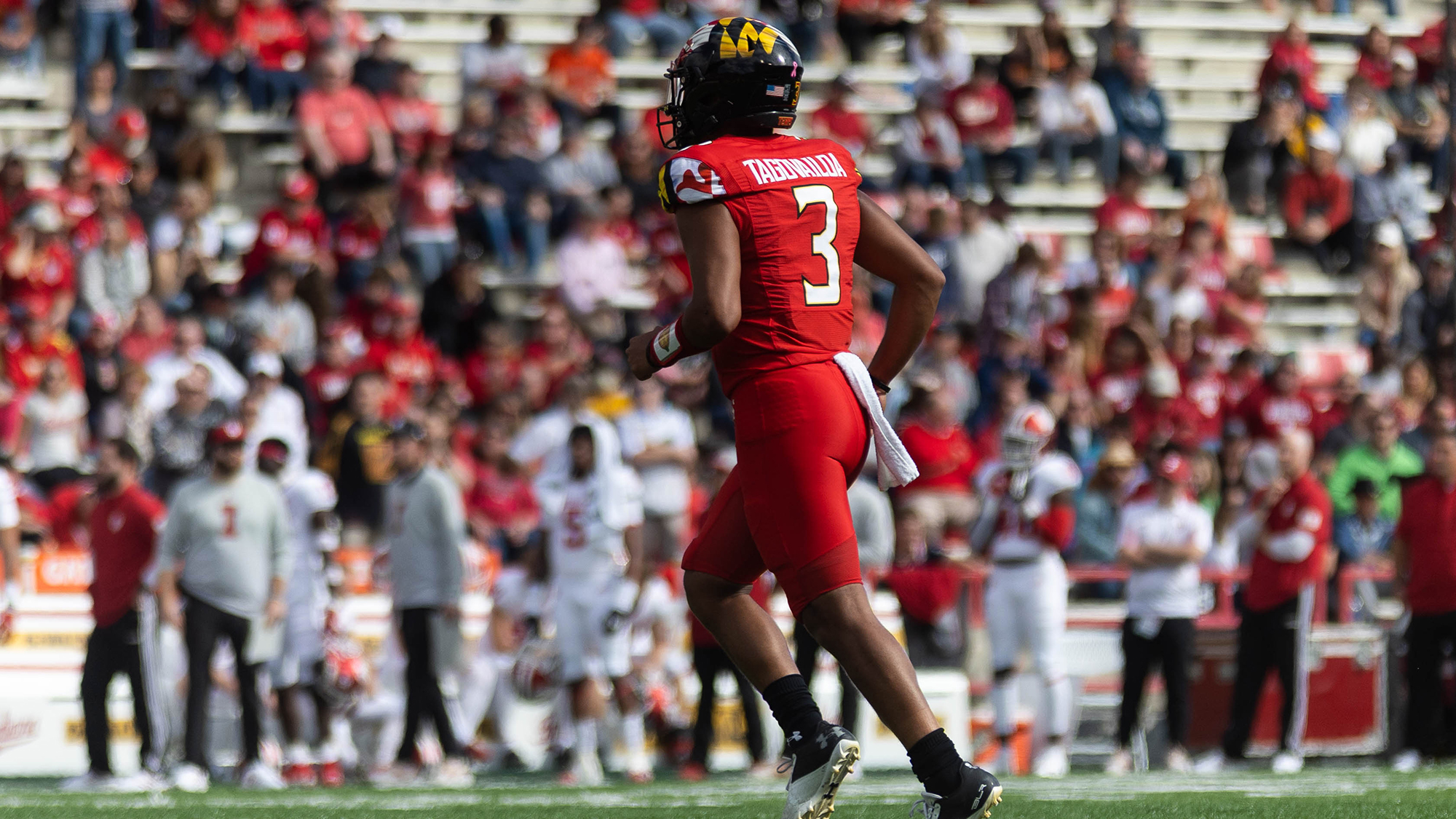 Maryland had plenty of reason to be a run-first offense when those three were around. But with the emergence of Tagovailoa as a consistent force at quarterback and the receivers room continuing to produce despite injury, the Terps are becoming a pass-first team.

Against Indiana, Maryland returned to its early-season form in the air to the tune of 419 passing yards from Tagovailoa. The pass was a personal record for Tagovailoa and the third-most in a single game in program history.

Maryland’s air game made some noise late against Ohio State, which didn’t necessarily show in the scoreline. But when the Hoosiers came to College Park, the Terps made their true comeback.

“It was just a matter of time for us … doing what we had to do in the game to show that we still can do it,” wide receiver Rakim Jarrett said.

Saturday marked Tagovailoa’s fourth and the Maryland offense’s fifth game eclipsing 300 passing yards this season. The junior is already just one 300-yard performance from tying the school record for such games in one year.

But all of those 300-yard games have led to wins.

Since Tagovailoa became the starter at the beginning of the 2020 season, he has five 300-yard games, all of which the Terps have won.

Over the past three seasons, clearing the 300-yard passing mark or the 200-yard rushing mark as a unit have led to nine of Maryland’s 10 wins.

The sole game the Terps reached neither — and won — was against Penn State in 2020.

Looking back at Locksley’s first season as head coach in 2019, the running game gave his team wins over Howard, Syracuse and Rutgers. And while they neared or hit the passing threshold in those games, a combined 871 yards on the ground gave them those positive results.

In 2020, Tagovailoa’s monster game on offense gave Maryland a win over Minnesota. While the Terps didn’t quite pass those statistical milestones against the Nittany Lions, it is the one outlier in the group, bolstered by the best rush-defense performance of that season.

Now in 2021, the sample size of victories is much larger — already equaling the number of wins from the previous two years combined. It has been the passing game that has dominated in each of those results.

Trust in Tagovailoa plays a major part in that.

Before 2021, Maryland as a team hadn’t attempted 40 passes in a game since November 2015 against Indiana. This season, Tagovailoa has done it three times.

The game plan has clearly shifted toward giving Tagovailoa more chances to find his playmaking receivers such as Jarrett, and now, Carlos Carriere and Marcus Fleming.

With a massive rivalry game on the horizon, one where a win makes the Terps bowl eligible for the first time since 2016, it’ll need to be the passing game that takes them there.

It’ll be no easy task against a Penn State squad that has only allowed just over 300 passing yards in one game this season.

Tagovailoa said picking up the offensive tempo will be key to Maryland breaking down the Nittany Lions. Come Saturday, it’ll be no surprise if he has the ball a lot once again.

“Penn State is pretty much known for their defense,” Tagovailoa said. “Their [defensive backs] are good as well … it’s going to be a great challenge for us.”