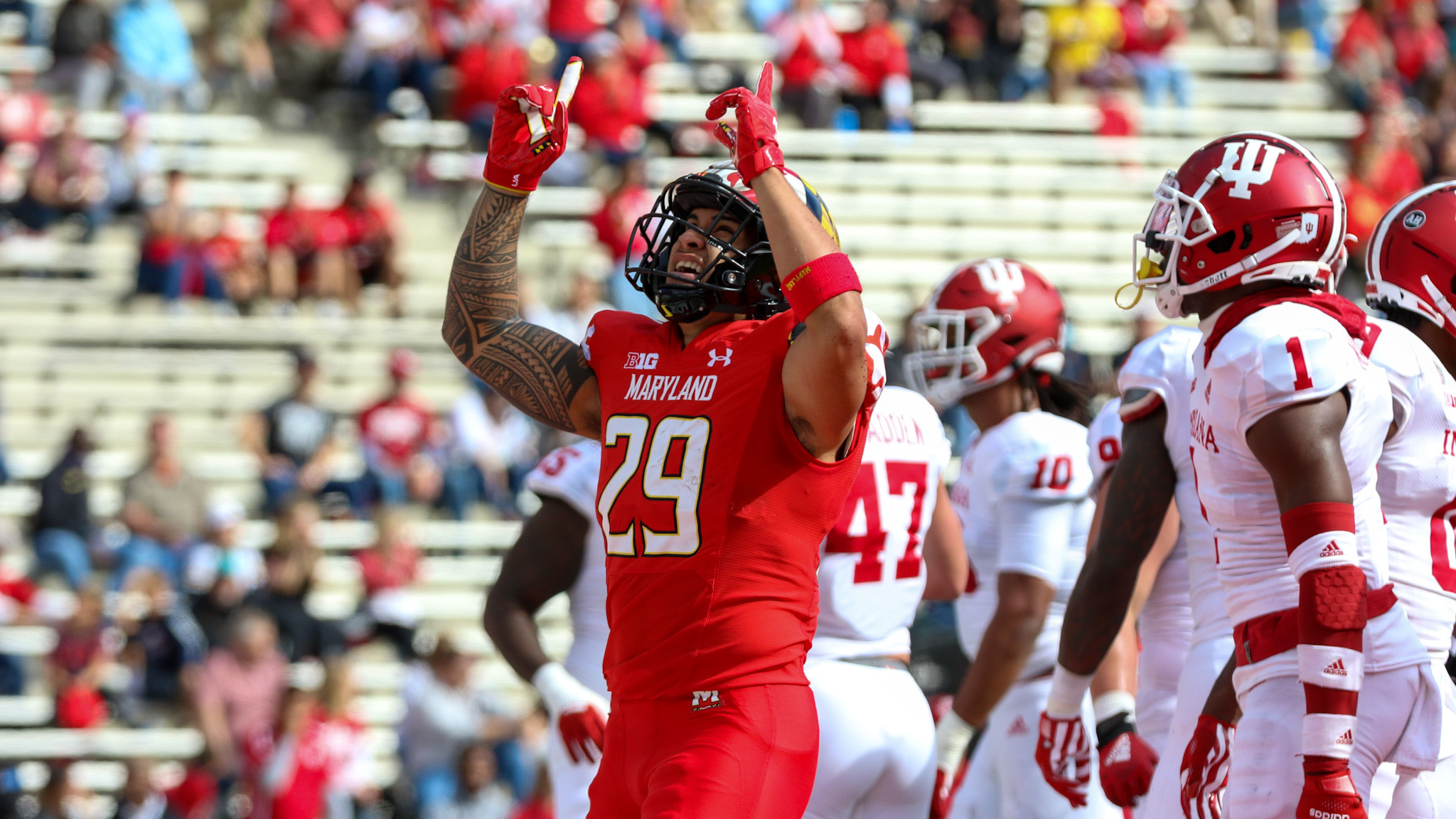 Maryland football had outplayed Indiana yet found itself trailing early in the third quarter. The Terps were struggling to finish drives as the Hoosiers began to figure out their uptempo gameplan.

So, Maryland turned to its most successful scheme: the run-pass option.

Taulia Tagovailoa located a wide open Rakim Jarrett for 42 yards. Marcus Fleming and Tai Felton snagged a pair of quick passes to move the Terps into the red zone. And Challen Faamatau pushed forward for a one-yard rushing score.

That drive broke Maryland’s doldrums as it re-established dominance over a depleted Indiana side. The Terps ultimately carried that to a 38-35 win over the Hoosiers, ending their three-game losing streak and moving one victory shy of bowl eligibility.

“[Taulia] struggled early in the second quarter a little bit with his decision making,” coach Mike Locksley said. “At halftime … we were able to settle him down, at least with his eyes. And then things just started clicking for him.”

Maryland (5-3, 2-3 Big Ten) kept up its quick-strike attack on the following series, with four passes going for at least 11 yards. That was capped by a 14-yard touchdown to Carlos Carriere, and the Terps went back up two scores.

After an Indiana field goal, Tagovailoa turned back to Carriere. The shifty senior took a dump-off and broke a tackle, streaking down the sideline for an emphatic 45-yard score. It punctuated his best performance in a Maryland uniform, tallying eight catches for 134 yards.

Carriere was part of a supporting cast of receivers that the Terps desperately needed to step up following injuries to Dontay Demus Jr. and Jeshaun Jones. While star Rakim Jarrett finished with a typically strong 88 yards on five receptions, eight other players recorded a catch as Tagovailoa passed for a career-high 419 yards.

“We just wanted to be prepared,” Carriere said. “We knew that if we made plays, we had a high chance of winning.”

That variety of options was needed as the Hoosiers found their offensive stride in the second half. Stephen Carr’s 66-yard touchdown that briefly gave Indiana (2-6, 0-5) the edge started the shootout.

Then, after Carriere’s second touchdown, Peyton Hendershot hauled in an 18-yard reception plus a two-point conversion to bring the Hoosiers within seven. Hendershot later helped his side close the gap to three with one minute left.

This offensive firepower was unforeseen after the opening 30 minutes, when third-string quarterback Donaven McCulley struggled to sustain lengthy drives in his first career start.

But he found his rhythm as the game progressed, and he kept Indiana down no more than two scores all game.

“We always know to be prepared for a four quarter game,” Locksley said. “Today, it was. It didn’t have to be, but it was.”

Earlier in the contest, that didn’t seem like a sure thing. Maryland appeared ready to add to its lead after scoring on its first two possessions.

But Joseph Petrino missed a 40-yard field goal, and the Hoosiers marched 77 yards for a touchdown of their own. Then, the Terps hit a wall.

Multiple drives petered out after promising starts, and the one series that pushed deep into Indiana territory stalled on fourth down. Maryland’s receivers dropped multiple passes, and the Terps couldn’t establish a running game.

“We just kind of shot ourselves in the foot sometimes,” Tagovailoa said. “Our defense did a good job of keeping them off the field and giving us a chance to continue to stay up in the game in the first half.”

But Faamatau’s third-quarter push changed Maryland’s fortunes. The Terps went from a team that suddenly lost their edge to a squad in command.

It was all because they went back to what they do best.

“It definitely wasn’t a pretty win, but we’ll take it,” Locksley said. “We needed it. Our players deserved it.”