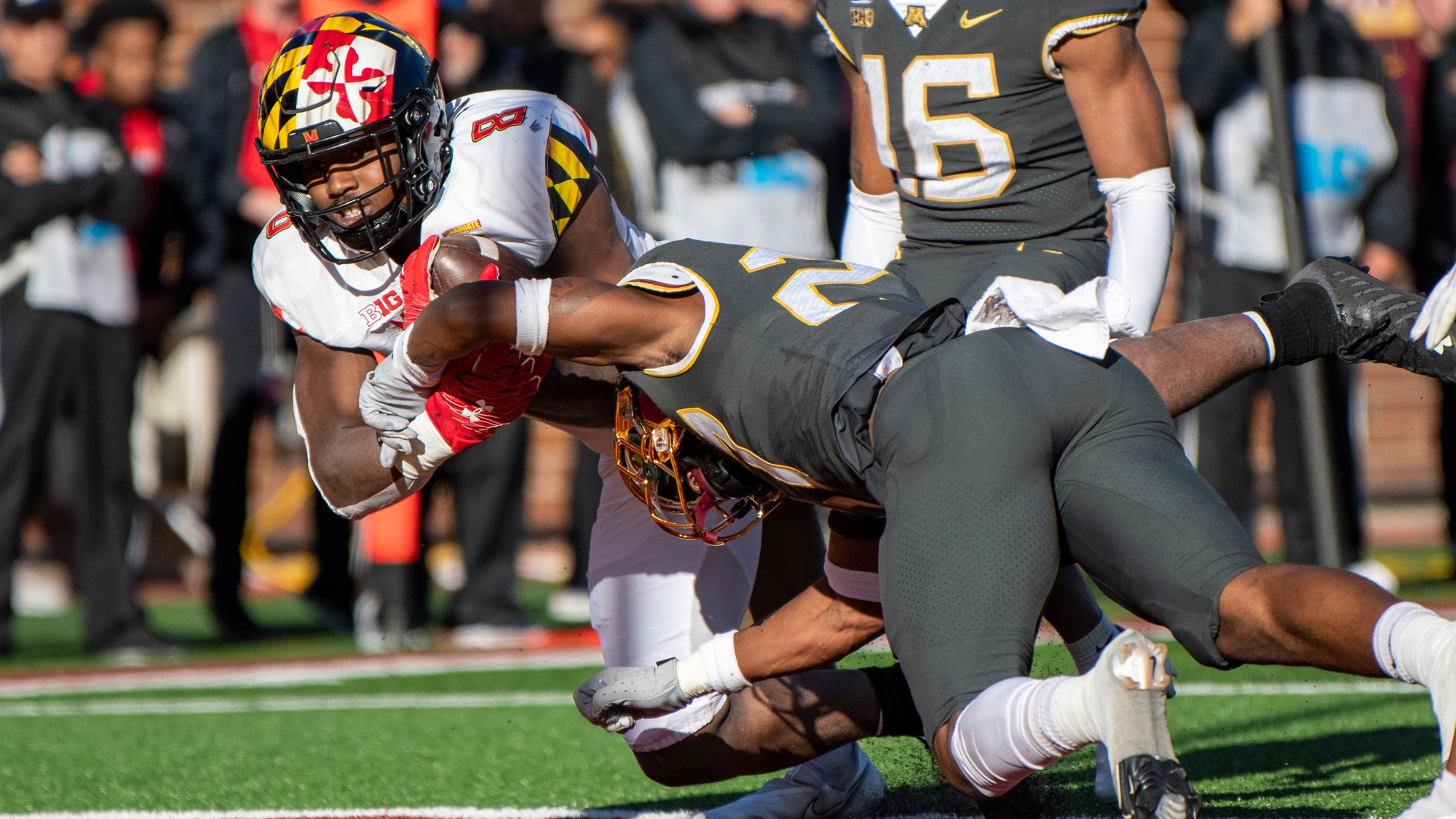 Maryland football’s Saturday afternoon can be summed up in one moment at the start of the second quarter.

Colton Spangler, the Terps’ backup punter, trotted on the field dawning his typical jersey number, 99. The punt went away, seemingly, without a hitch.

Yet Maryland’s nemesis — a bright yellow piece of fabric — made another appearance on the turf of Huntington Bank Stadium.

Apparently, Spangler wasn’t the only No. 99 on the field.

Frankie Burgess, who sports the same number as Spangler, had taken the field as part of the special teams unit — and the Terps were flagged for it.

It was a minor penalty, and not the most egregious one Maryland would commit in its 34-16 loss to Minnesota. But, a play like that made it clear the Terps couldn’t get out of their own way the entire matchup.

“The penalties, they do kill us,” linebacker Ruben Hyppolite II said.

Maryland racked up eight penalties throughout the game, accounting for 79 yards of unnecessary gains for the Golden Gophers.

Harping on penalties has not been a new occurrence for the Terps. Coach Mike Locksley’s squad is averaging almost seven infractions per game in 2021, with this past performance being the fourth time Maryland has committed eight-plus.

Some penalties on Saturday rooted from players simply being out of place, such as defensive back Jakorian Bennett’s early defensive pass interference call where he tried to recover after being a step behind his receiver.

Locksley said his team has major issues with committing penalties when the ball is in the air.

This was almost a month ago and Maryland still hasn't solved its penalty problems.

5 penalties for 55 yards with half of the second quarter left. https://t.co/tFwSalm6Yh

Others were avoidable and cost the Terps in key moments, such as Tarheeb Still’s holding call off of the ball that negated a Maryland sack on third down and an unneeded illegal formation penalty.

And while Locksley said players responsible for those “stupid” penalties will be held accountable, he didn’t exclude himself and the coaching staff for needing to make adjustments.

“It’s on all of us,” Locksley said. “I’m not pointing the finger at the players. I’m looking at myself first and being held accountable for putting a product out there that gives us a chance to win.”

The Terps have needed to address this problem, or else it could cost them a result — and it did against Minnesota. Nine penalties for 120 yards may have looked ugly on the stat sheet, but it didn’t cause them to lose to Kent State.

Now, the path gets more challenging for Maryland.

Before Saturday, the Terps had three fairly manageable games on their schedule to lock down their first bowl game since 2016 with two wins. With one of those out of the way, it’s a steeper climb to get to eligibility.

Maryland could shock the world with a win against one of its three upcoming top-20 matchups, but beating the teams on its level would’ve been the best way to get to postseason play.

Where the Terps begin, at least for the players, is in practice. There are still elementary mistakes on the part of Maryland’s roster.

“Regular stuff that fans don’t really see, they just see the bad play,” wide receiver Rakim Jarrett said. “Stuff we have to really fix in practice, that’s where it all starts.”

But the longer this problem persists the harder it will be to replicate the immense success the Terps found in the first four games — success that feels like ages ago.

Maryland is by no means out of contention for a bowl game. Now, it’s just harder to get there.