Clashing styles will be on display when Maryland football meets No. 5 Iowa 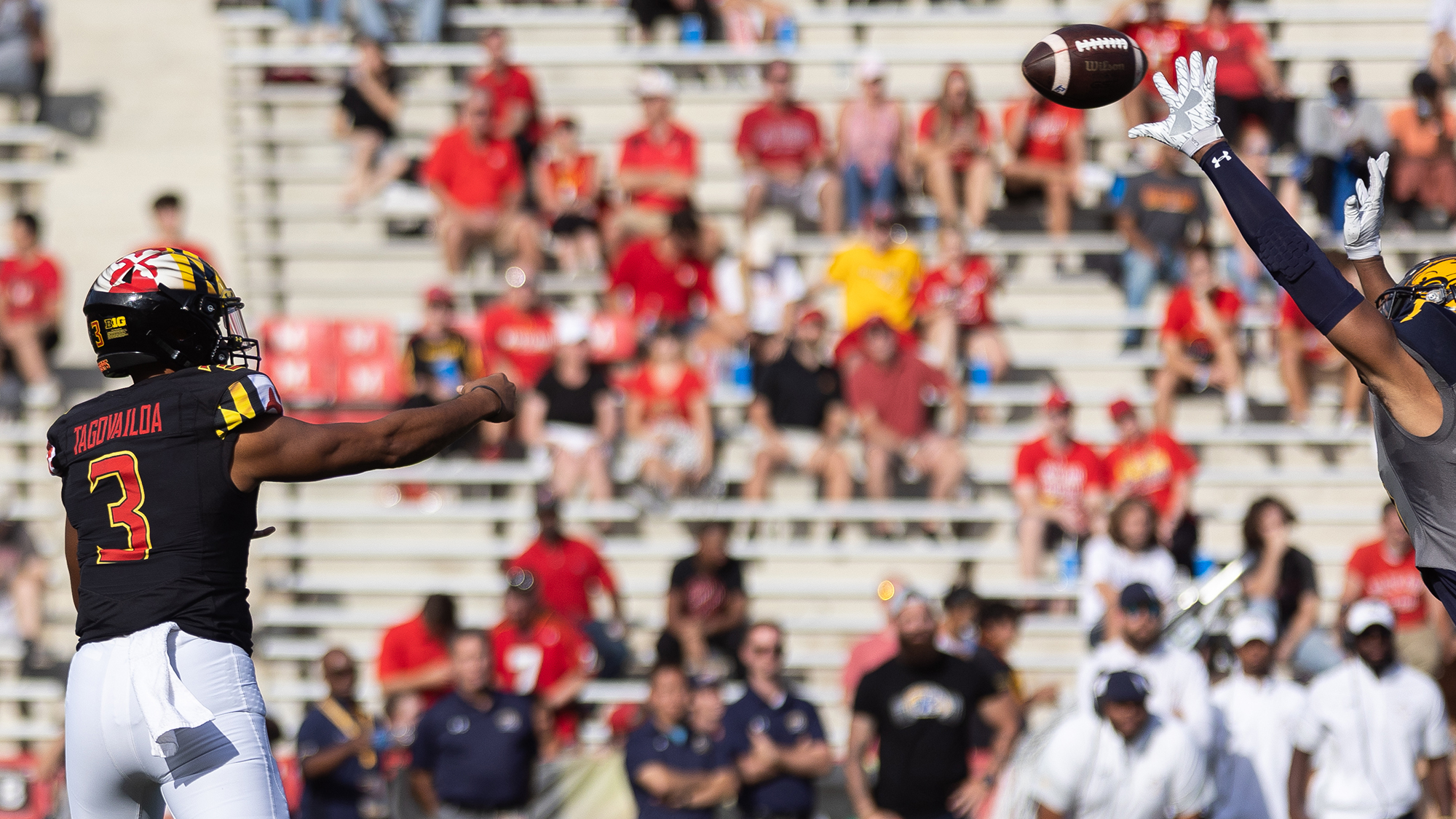 Maryland football has moved down the field with ease for much of its first four games. The explosive offense — quarterbacked by Taulia Tagovailoa — has seen little trouble slicing through opposing defenses, its size and speed no match for lesser foes.

That could change Friday.

No. 5 Iowa comes to College Park boasting one of the stingiest defenses in the country — easily the Big Ten’s best. The Terps haven’t faced a shutdown unit of this caliber all season, nor have the Hawkeyes faced an attack as dynamic as Maryland’s.

In the battle of strengths, whichever cracks first could determine the victor.

“We have our hands full this week,” Tagovailoa said.

Tagovailoa, in particular, will have to deal with an Iowa front seven spearheaded by Jack Campbell. The junior linebacker is averaging 10.8 tackles per game, second in the Big Ten. After an 18-tackle performance last week against Colorado State, Campbell has emerged as a strong contender for Big Ten defensive player of the year.

In addition to Campbell, coach Mike Locksley singled out defensive linemen Zach VanValkenburg and Lukas Van Ness as other front seven stalwarts, while Riley Moss and Dane Belton bring an impact in the defensive backfield. Moss and Belton’s group has helped the Hawkeyes force the most interceptions in the conference — six, returning two for scores.

This is nothing new for Kirk Ferentz’s squad. Iowa routinely pumps out stout defenses year after year, with the group of bruisers and ballhawks powering the team to winning seasons.

In 2021, Ferentz’s bunch has surrendered just 11 points per game, leading the Big Ten and placing third-best nationally. It’s part of a streak of 26 straight games dating back to November 2018 that the Hawkeyes haven’t allowed more than 24 points in a game.

“Year in and year out, this is what you see,” Locksley said. “They are who they are, and I think what we’ve got to do is our execution has to be at an all-time high.”

Through four games, that execution has rarely been an issue for the Terps. That’s largely thanks to Tagovailoa, who is leading the conference in passing with 335 yards per game.

He’s off to the best start for a Maryland signal-caller in at least a decade, and his poise and precision is only growing each week, in part due to a deep and reliable receiving corps. But part of that is Tagovailoa’s mobility and decision-making, which has elevated his game.

“If we let him outside, it’s a little dangerous,” Ferentz said. “Like a good quarterback, he’s looking down the field when he gets out there. He will run it, but he’s trying to make a play, and that’s really scary … when he’s broken contain, that’s a dilemma for any defensive player.”

Tagovailoa will need to do that to break the Hawkeyes’ vaunted defense. It won’t just be his contributions that will be needed should the Terps pull off a shocker — Maryland’s improved defense will also have to slow down Iowa running back Tyler Goodson.

But it’s the teams’ strengths that will be on display. It’ll be a battle of new school vs. old school — the Terps’ up-tempo aerial attack vs. the Hawkeyes’ deliberate, aggressive, physical defense. Whichever one cracks first should decide the game.

“We’re going to be a team that doesn’t turn it over … try to play smarter and cleaner on the offensive side of the ball and try to figure out ways to generate explosive plays,” Locksley said. “They have not given up a lot of explosive plays. So, something’s going to have to give.”