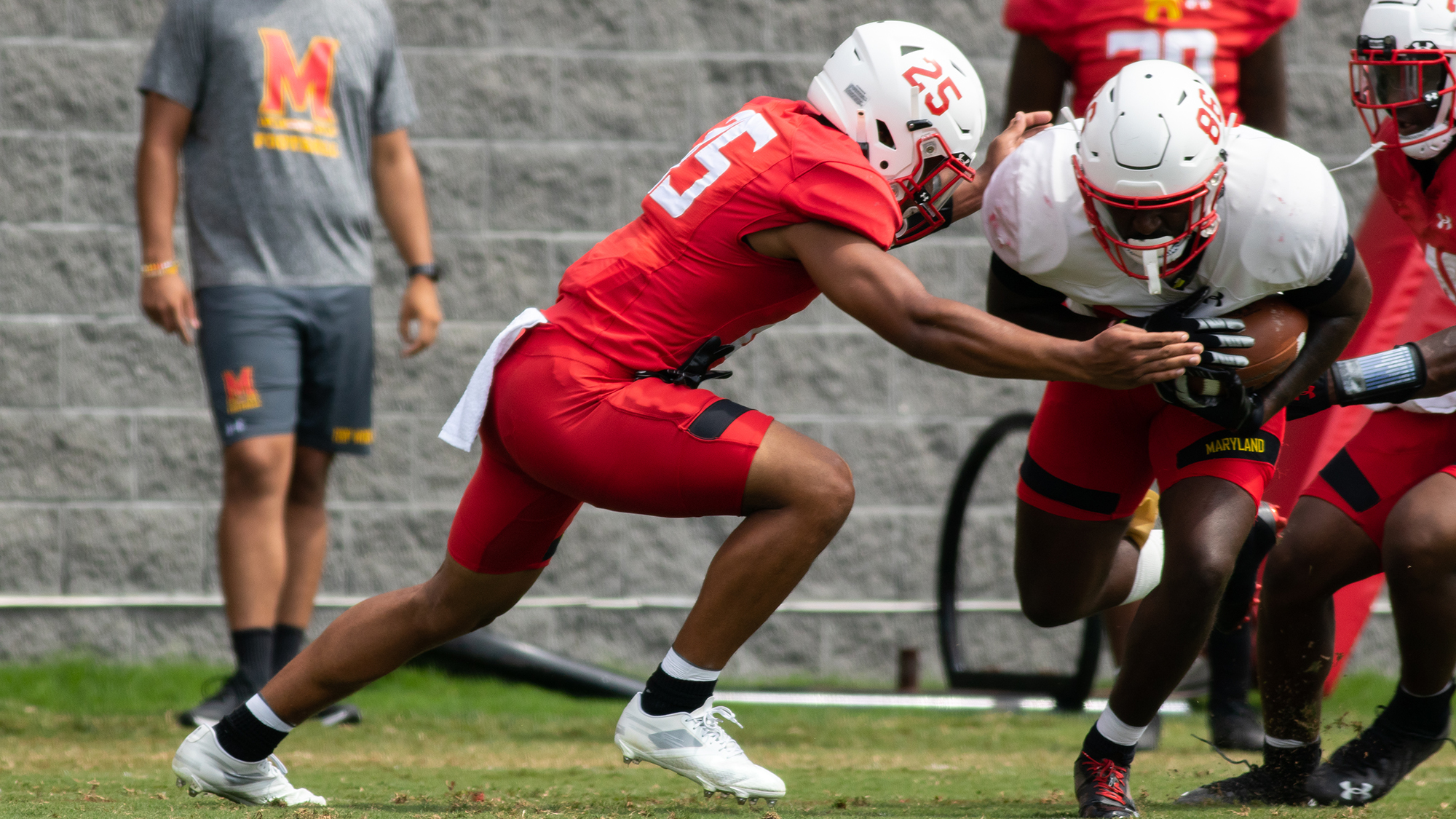 It’s not often safeties get in the face of an opposing team’s quarterback, but that didn’t stop Maryland football’s Beau Brade.

The sophomore crept up toward the line of scrimmage as Kent State’s Dustin Crum received the snap. Within seconds, Brade was sprinting through a gap in the offensive line before flinging Crum to the ground for a 10-yard sack.

“It was exhilarating,” Brade said. “I did what I was supposed to do, did what we all do at practice. Coach always teaches us to be dogs. That’s just what I did.”

With the biggest play of his young career thus far, Brade is showing the product of what seemed to be a very formative first season for the Clarksville native.

And a lot of it was influenced by the guy he shared a room with — Kenny Bennett.

When the Terps quarantined inside The Hotel during the team’s first COVID-19 outbreak last November, Bennett and Brade were roommates.

Although the two had met before working on the defensive backs’ unit and when Brade was getting recruited out of River Hill High School, he took the time to learn as much as he could from the player three years his senior.

“The best part of that experience was Kenny’s been around for a while and he’s a very hard worker,” Brade said. “He plays to the same standard; every time he wants to be the best.

Even just getting to watch how Bennett went about his routine — down to how he watches game film, how he approaches a given situation or even just waking up — was good experience for Brade.

And Bennett said that getting the chance to share everything he had learned, being at Maryland since 2017, was his way of giving back to the team.

By all accounts, the cornerback is not one to give a “rah-rah speech.” But to his coaches and teammates, he’s a model for what the Terps aspire to at all times.

And with coach Mike Locksley focused on developing a standard, players such as Bennett are important to getting younger members of the squad up to the level the team expects.

“I just gave [Brade] as much game as I could,” Bennett said Aug. 6. “And I could just tell by the way he was looking at me, he was listening.”

Brade not only absorbed what Bennett taught him — he enacted it on the field. Bennett lauded how he had improved during the spring and leading up to preseason camp.

The sophomore currently sits as backup safety to Jordan Mosley on the depth chart. But after a handful of injuries throughout the defense, Brade is being called upon more than initially anticipated.

Yet, Maryland has been preparing for the unfortunate cost of injuries since last season.

“As we all know, injuries are part of the game,” Locksley said Aug. 19. “Even last year with COVID, not knowing who was going to be available, we made a conscious effort to develop our backups and make sure they get enough play so that, come year two, it’s not like they’ve never done it before.”

Brade had the opportunity to play in all five games last year, primarily on special teams. But he said he remembers increased playing time in the Terps’ 35-19 win over Penn State.

“It was definitely great to get my feet wet,” Brade said. “It’s a lot different game than high school. It’s much faster and everything. I’m definitely glad I got to do that.”

Locksley said he was glad he had the chance to utilize players such as Brade and Corey Coley Jr. in 2020. With an injury to starting cornerback Deonte Banks that required surgery, depth is not an issue for Maryland this season.

Now, as their Big Ten schedule ramps up, the Terps will not just rest on their additional depth in the secondary unit, but necessitate their improvement. Maryland has allowed 212.5 passing yards per game — 10th in the Big Ten.

As for Brade and Bennett, the two aren’t currently sharing a room, but their lockers are situated right next to each other.

So any time Brade wants to check in or ask Bennett a question, he can always find him.

“I’m always open, I’m always listening to whatever anyone has to say about getting better,” Brade said. “I want to be the best I can be.”