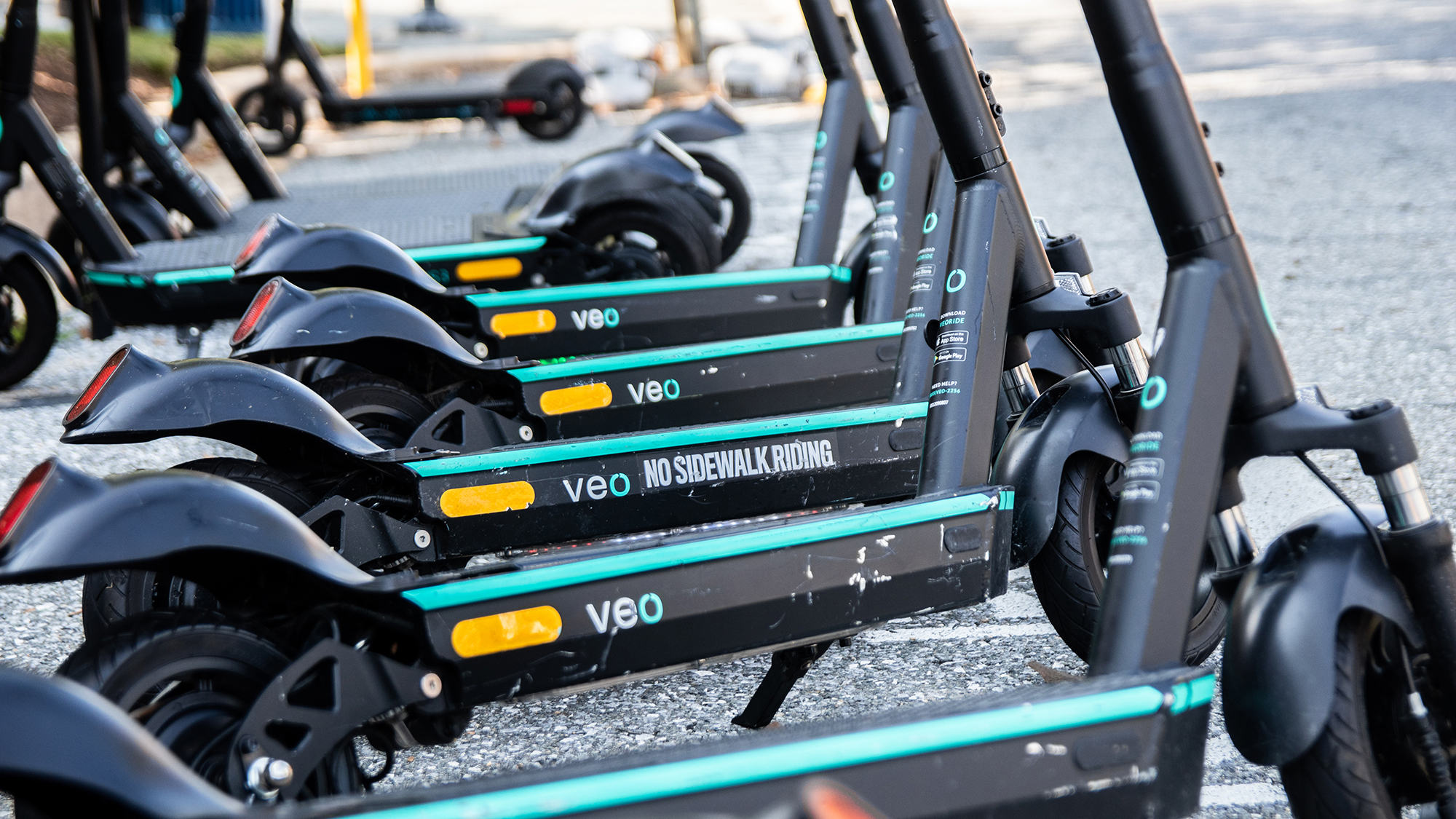 Some University of Maryland community members have grown frustrated with what they believe is minimal enforcement of electric scooter violations.

From Feb. 1, 2020, to Sept. 23, 2021, there were 36 traffic stops related to e-scooter violations, according to data provided by Sgt. Rosanne Hoaas, University Police spokesperson. All of the riders involved in these traffic stops were given a warning, but some had more than one offense, according to the data.

However, some community members say these rules are not effectively enforced, pointing to the number of violations they see on campus.

Most students ride their e-scooters on sidewalks or on the road, but both options present their own issues.

[UMD changed minimum grades for pass/fail in the spring. Now, the change will continue.]

“[DOTS] brought the scooters to campus, and they are allowing their use on campus … but they have no intention of being part of the enforcement,” said Nicole Farkas Mogul, a senior lecturer in the electrical and computer engineering department. “That is really perplexing to me.”

Helen Hutchinson understands there are some circumstances where riders need to go on the sidewalk, such as accessing bike racks. Sometimes, the roads are also too dangerous to ride on due to traffic, she said.

“I get it, it’s not easy. I ride my bike around campus most of the time, and sometimes I have to ride on sidewalks too, but at least I try to yell out ‘On your left,’” said Hutchinson, a sophomore enrolled in letters and sciences.

But Hutchinson doesn’t think regulations are enforced well at all. She’s seen signs near her residence hall spreading the word to not leave e-scooters on sidewalks or in anyone’s way, but they don’t seem to be effective, she said. Walking to class poses a risk as well.

“Sometimes walking to class, I’ve had to just dodge scooters because they’re in the middle of the sidewalks,” Hutchinson said.

Jack Wesolowski, a junior computer science major, thinks e-scooters around campus need to be treated the same as bikes. For example, DOTS moves bikes that are improperly parked around campus. But he’s never seen DOTS or University Police enforce regulations for e-scooters before, he said.

“Every time you’re done [with e-scooters], you have to take a picture of it,” he said. “Maybe they just need to review those photos more often, or hold people accountable when they find them not parked appropriately.”

The regulations aren’t universally popular, either.

Wesolowski thinks DOTS should also be more clear about sidewalk regulations. Since the rules say not to ride on the sidewalk at all, he said he would technically be in the wrong for riding on an empty sidewalk which would be “a pretty reasonable place to be.”

Max Rosen, a sophomore criminology and criminal justice major, uses his own personal e-scooter around campus.

He said he tries his best to ride on the street because he doesn’t want to hit other people or get in their way, but it’s hard to do because of all of the construction.

“It’s a little hypocritical of the university to encourage green energy saving scooters, but not give you a place to ride them,” Rosen said.

Rosen said that when someone is using a VeoRide e-scooter, he feels people throw them wherever they want since it’s not their personal property.