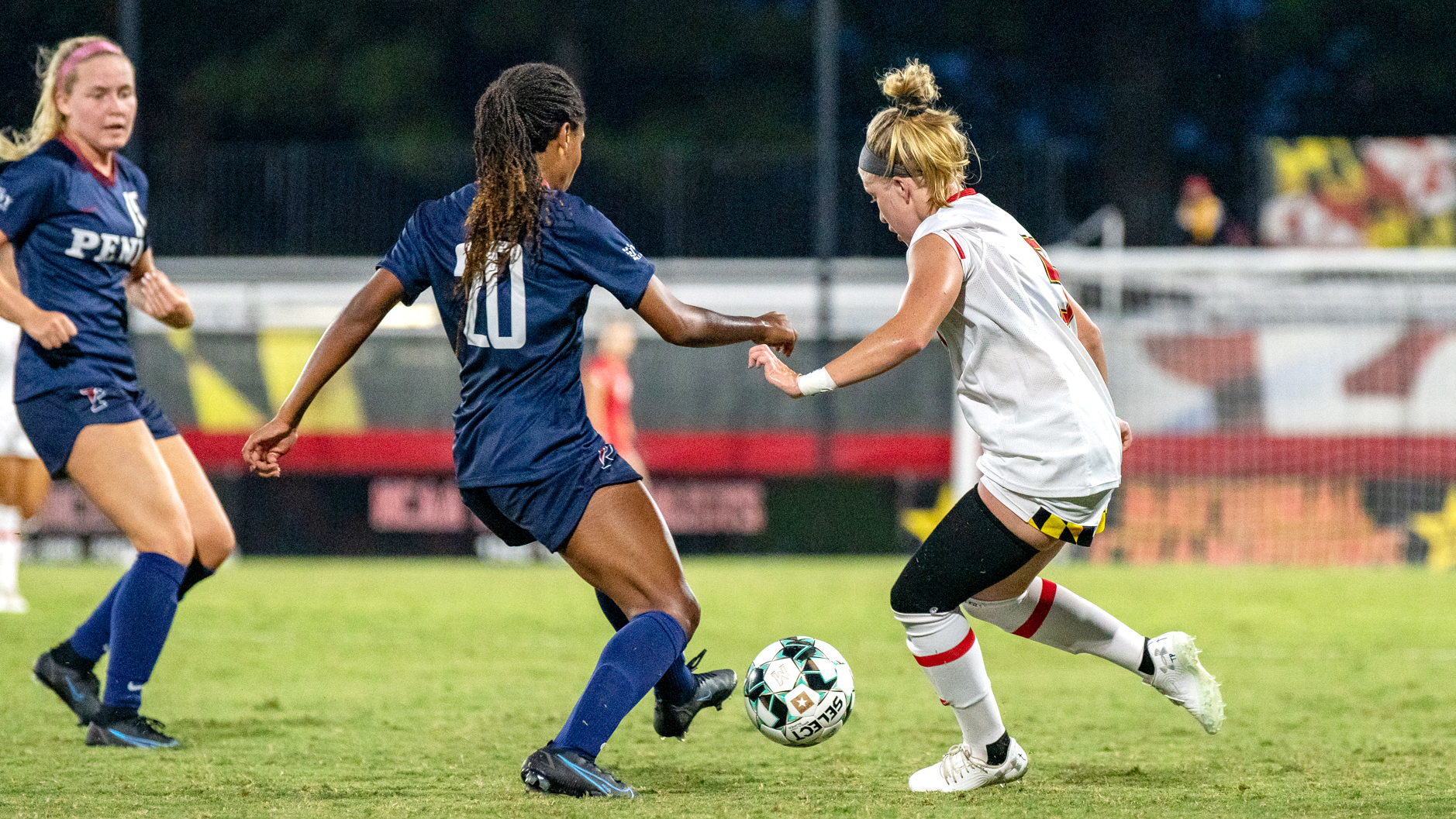 Maryland women’s soccer is looking to beat Ohio State for the first time ever on Sunday in its first Big Ten game of the season.

The Terps are 0-7-2 against the Buckeyes, and they lost both meetings with Ohio State last season, including a season-ending 4-2 loss in the opening round of the Big Ten Women’s Soccer Regional Weekend.

While some may think the Terps would be out for revenge, they’re more focused on putting their 0-10-2 record against Big Ten teams from last season in the past and taking things one game at a time.

“We’re just excited to get into conference play,” Hope Lewandoski said. “I think every game is just gonna be a new challenge, a new focus, so I don’t really think that there’s just revenge, it’s just like, we just want to get a win at the end of the day, that’ll be enough revenge.”

The Buckeyes are 5-3 heading into conference play, with all three losses coming against ranked opponents. Ohio State also boasts a win over a ranked opponent, beating No. 18 Central Florida, 4-2, earlier this month.

Coach Ray Leone knows the quality of this Buckeyes squad. His whole team needs to defend together if Maryland is to get a positive result on Sunday.

“We know they’ve got an amazing front line … and [they have] a lot of big time teams on their schedule,” Leone said. “So it’s really trying to defend them properly, and then respond when we get our opportunity.”

The Terps are also trying to get their offense back on track to take that opportunity when it comes.

While Maryland has averaged an impressive 15.9 shots per game so far this season, the offense has slowed recently. The Terps have only managed to find the back of the net once in its last three games, and Leone hopes his offense can rekindle its early success as it heads into conference play.

“It’s keeping that attacking mindset,” Leone said. “It’s still there, but we got to get I think better percentage shots on frame.”

Maryland will also honor seniors Emily McNesby, Loren Sefcik, Taylor Whitmer, Madison Oracion, Adalee Broadbent and Katie Krotee in its annual Senior Day celebration before the match against Ohio State. They’ll also have many graduate students on the field with them, but Lewandoski wants to give the current seniors the spotlight.

“We kind of got our celebration last year, and we kind of emphasized that going into this week, like this is their class’ day,” Lewandoski said. “It’s been special for us to even be able to come back, and this is their moment to celebrate and make sure that they have a full senior year experience.”

The Terps are working towards a victory so Senior Day will not be the only thing to celebrate on Sunday. A historic first win over the Buckeyes would make the occasion all the more memorable.