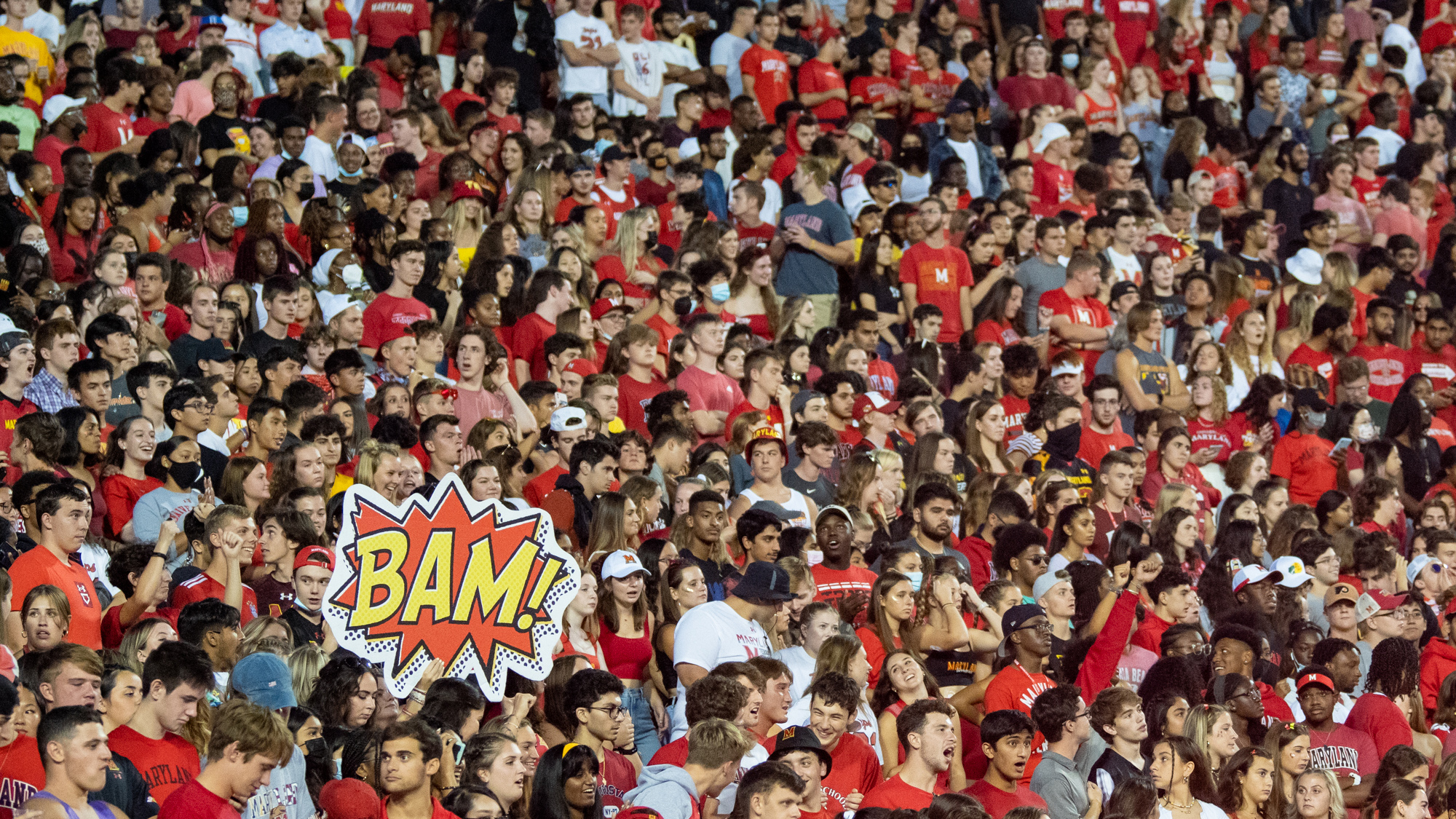 After touring Jones-Hill House, class of 2022 recruits Joshua Jennings, Desmond Cook and the nearly dozen others who Maryland football invited to last Saturday’s contest against West Virginia made their way to the stadium to watch warmups.

Accompanying them were nearly 44,000 fans who packed Maryland Stadium to watch the Terps in person for the first time since 2019. That included more than 11,000 students, leading to an over-capacity student section.

Jennings, Cook and the other recruits on the sidelines were taken aback by the crowd, the largest for a Maryland football game in two years. Cook said he has never played in front of a crowd of that size. They could feel the roar of the student section during big plays from the opposite end of the stadium.

“Sometimes it’s hard during a game, as a player, to keep energy up when you’re like, doing bad or you’re getting tired,” Jennings said. “But the student section is doing great like, great energy, good atmosphere.”

Getting students to turn out in droves has been difficult for a program mired in the depths of the Big Ten for years. Attendance at Maryland Stadium has been paltry as the team suffered bad loss after bad loss.

So when Jennings and Cook saw the intensity of the fanbase, they were impressed.

“You had West Virginia running out, their fans turning up. Then you had Maryland fans booing them, kind of turning up, and I was just really accepting that energy and then watching how their warmup flow went,” Cook said. “As the crowd was getting hyped, I was looking at the game as if I was on the sideline … visualizing if I was on the field, what would I do in that situation.”

That has been a goal of coach Mike Locksley. Now in his third season helming the Terps, the coach has turned heads by grabbing one top recruit after another.

The Maryland reclamation project has taken a few years to see tangible progress. Now that it’s there, the fans are turning out.

And the fans don’t go unnoticed, Locksley said Tuesday. The players appreciate having a crowd for all four quarters.

“[The students have] set the standard for what ‘The Shell’ could be and should look like,” Locksley said Tuesday.

That let the recruits immerse themselves in the team and atmosphere. Both Jennings, a tight end, and Cook, a linebacker, watched their position groups closely throughout warmups and the game.

And when the contest wrapped up, the Terps had knocked off the Mountaineers. Following the visit, Jennings was invited to future games, and he said he would like to return for the Penn State and Michigan contests.

“I love what they’re doing with the football team,” he said. “It’s been going up ever since Locksley got there. I think they have a great future. I really like Maryland, it would definitely be my top pick right now.”