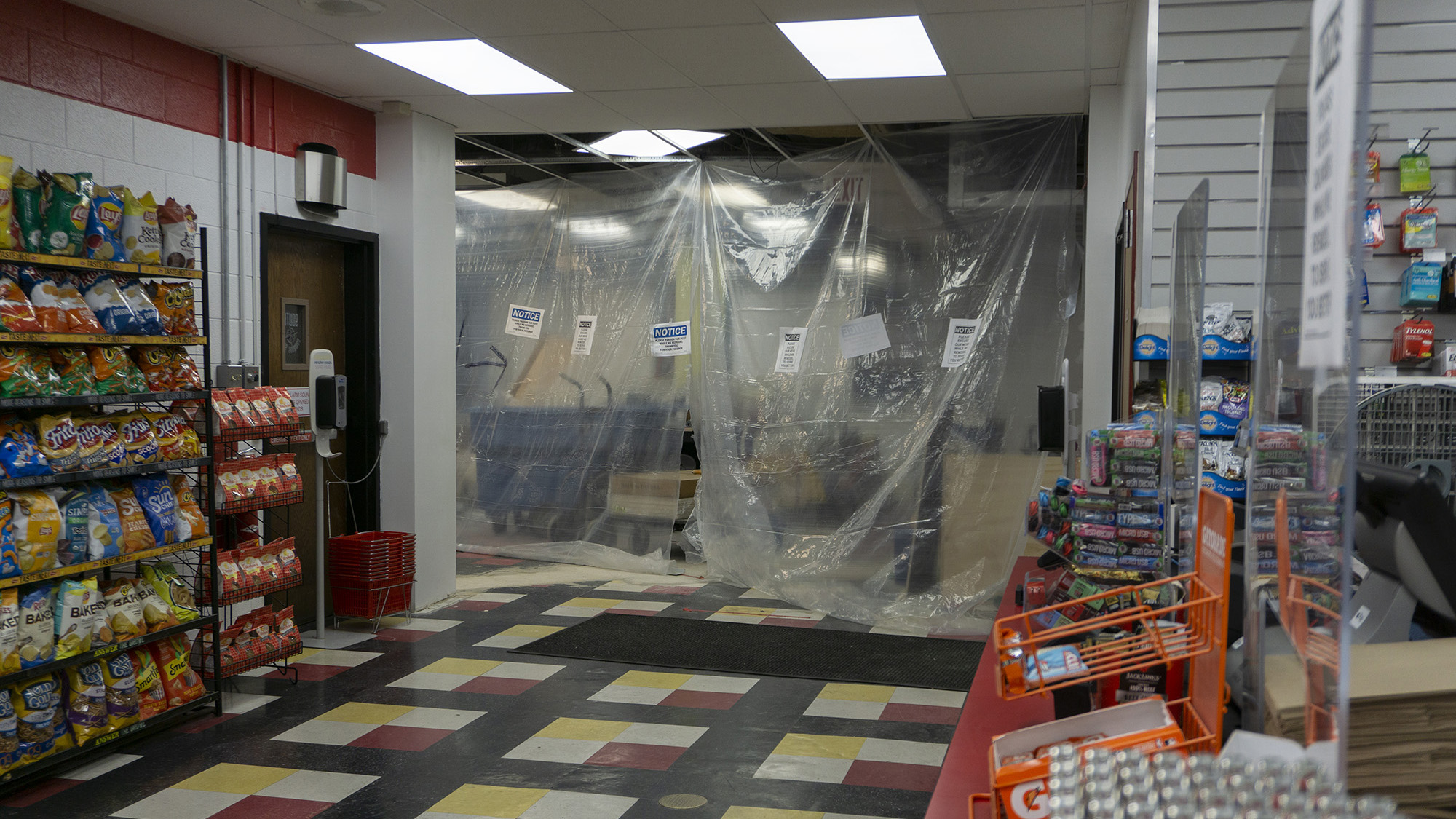 The Commons Shop is undergoing renovations to add a Starbucks cafe and a grill. The new space, which will be known as the South Campus Market, does not yet have a final completion date due to delays, according to Bart Hipple, the Dining Services spokesperson.

Due to the amount of space needed for the new cafe and grill, the convenience store portion of the shop area has been downsized but still carries most of the same amount of products compared to previous semesters.

Once the renovations are complete, Dining Services plans to add two more cashier stations to sell Starbucks beverages and other food items such as breakfast sandwiches, wings, steak sandwiches and tenders, according to a sign outside the Commons Shop.

Dining Services hoped to have the Commons Shop completely remodeled by the beginning of the fall 2021 semester, but issues with construction and equipment supply delayed the process, Hipple said.

“We’re working hard to get it done as quickly as we can,” Hipple said.

The remodeling of the Commons Shop started when Dining Services realized the Common Shop was “a little bigger than it needed to be,” Hipple said.

Some students who sometimes visit the Commons Shop said a new cafe and grill may encourage them to stop by more often.

“I’ll come in, more often than not, just to get hot food,” Ehnat said.

Another student, Riley Nolan, said while the Starbucks cafe will likely be popular among students, he can’t say the same about the grill’s menu.

“We do have the dining hall right there, but it depends on how expansive the menu is for the grill,” said Nolan, a sophomore cell biology and genetics major. “If there’s a lot of stuff on it, I think a lot of people will go to it.”

Ashleigh Ng, on the other hand, is looking forward to the new Starbucks cafe and plans to visit more regularly once renovations are complete.

“I want more Starbucks on campus,” said Ng, a junior criminology and criminal justice and government and politics major.

Eddie Heider, a sophomore architecture major, said he may try the new steak sandwiches and tenders if he’s passing through the area. Despite his worries that the new food options will be overpriced, Heider said adding a cafe to the area will give students more coffee shop options.

“Honestly, this place could use a Starbucks,” Heider said.