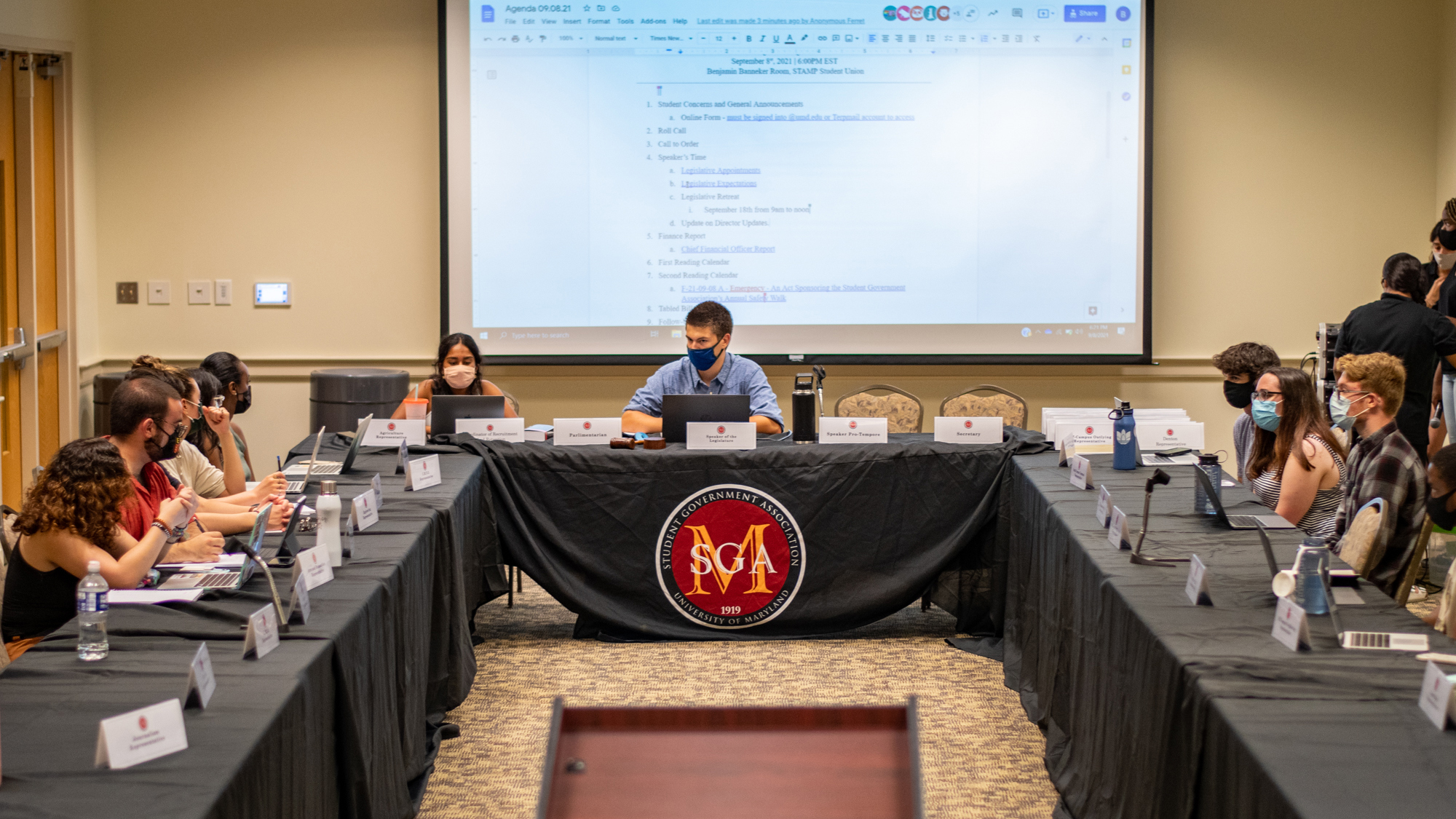 During its second general body meeting of the academic year, the University of Maryland SGA passed an act Wednesday to codify this year’s Safety Walk into existence.

The Safety Walk — an annual event that has taken place since 2009 and is written into the Student Government Association’s bylaws — is a time when SGA tours the campus and the city of College Park looking for hazards such as poor lighting, inaccessible areas and litter to improve the overall health of those areas.

Traditionally, students, administrators and other university stakeholders attend the walk as well.

The act passed with six supporting it and two abstentions. Zero legislative members voted against the act.

This year’s walk will take place Sept. 14, starting at 7 p.m. in Stamp Student Union and will disperse in separate groups to South and North campuses as well as the city of College Park. Those who want to participate must sign up to attend.

“It’s really important because it’s not just students, administration also goes to this. It’s a way for us to communicate together,” said Steven Berit, a sophomore computer science and government and politics major. “I thought [the walk] was something that we really need to go back to doing in person.”

Berit, the Courtyards representative and a returning member of the SGA, sponsored the act.

The pandemic forced many in-person campus events in the fall 2020 semester to be postponed, ultimately mandating they go virtual — and the Safety Walk was no exception.

The format of the 2020 SGA Safety Walk was forced to adapt.

Last year — instead of the reconstituted walk being an SGA-wide affair with packs of participants surveying their surroundings’ safety — Josie Shaffer, SGA vice president, set out upon an 8-mile journey with a group of other SGA members.

They captured areas of concern with photos and sent out an online form where community members could air their concerns.

She then virtually presented them to a panel of university administrators.

“I’m excited to see all the administrators come,” said Shaffer, a senior government and politics major. “It’s like our first SGA event in person in like two years … I hope it goes well.”

Two legislative appointments were also voted on during the meeting. The legislature also approved representatives for the behavioral and social sciences college and South Hills.

The Safety Walk is not the only return to in-person programming for the SGA.

Last week’s general body meeting, the first of the academic year, was slated to happen in person but threats from the passing Hurricane Ida moved the meeting back onto Zoom.

Tonight’s SGA meeting did not face the same sour luck and met in person, marking the first time the general body gathered together in person in more than a year.

“There is a different kind of tangible feeling in the room,” Sahana Kundu, a junior physiology and neurobiology major and the computer, mathematical and natural sciences legislative representative, said.  “Zoom burnout is real.”