In an unfamiliar position, Maryland men’s soccer fought back against Virginia 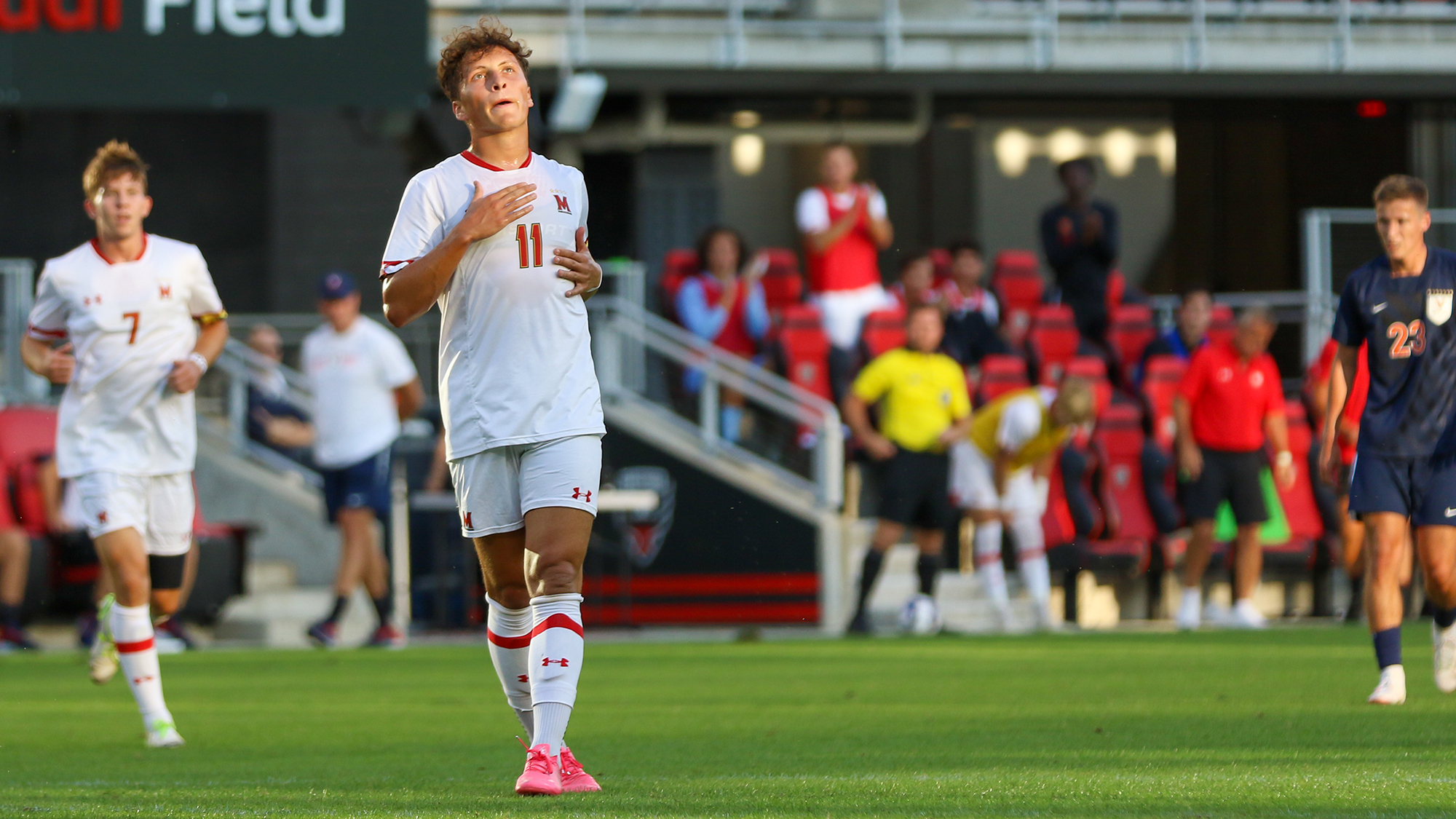 In the span of 11 days, Sasho Cirovski’s squad has equaled their 2020-21 win total and reinserted itself into the national collegiate soccer conversation.

Trailing 1-0 at halftime to Virginia Monday evening, Maryland found itself in a do-or-die situation for the final 45 minutes.

And they proved they could respond.

Ben Bender netted a penalty kick in the 60th minute, and Brayan Padilla scored the game-winner on a miraculous long-range shot in the 77th minute. Padilla’s goal was featured on ESPN’s Monday night edition of SportsCenter.

The Terps overcame adversity in a way they hadn’t in the first three games this season. They’ve proved a lot in only four games, and now they look forward to a contest with No. 1 Georgetown.

“It’s crazy that we already played 25 percent [of the regular season], and we started training camp less than a month ago,” Cirovski said. “I’m proud of the guys.”

The game may as well be a bonafide NCAA tournament game, and it could prove that No. 7 Maryland is one of the top dogs in NCAA soccer. Cirovski talked about the game briefly after defeating Virginia, but he quickly trailed off as the enormity of the game set in.

“We have the ultimate early season test, one of the best teams in the country in Georgetown,” Cirovski said. “It’s an exciting challenge for our team.”

With the strength of Maryland’s diverse offensive front and the power of its defense that has allowed only four goals in four games, the Terps look to give the Hoyas a strong challenge.

And coming off a comeback win against a rival, they’ve proved they can respond in tough situations.

Maryland has remained relatively healthy through the first quarter of the season, which stymied the team’s last season. St. Martin went down for an extended period of time in the first half against the Cavaliers but returned for the second-half comeback.

Depth has continually been Maryland’s friend this season. Padilla, who scored the winning goal Monday, didn’t even start the game. Sophomore defender Kento Abe has also emerged as a key player in the early going of the campaign.

Abe hasn’t shown up on the stat sheet, but he’s started the past two games for Cirovski. The Terps have posted a plus-three score differential with only one goal since Abe’s playing time increased.

“I think it’s a great example for all the guys that are ready for [their] moment,” Cirovski said. “[He’s] a terrific competitor, I think the guys all love him.”

The Terps come-from-behind win against Virginia is just one stepping stone in a season that is quickly evolving.