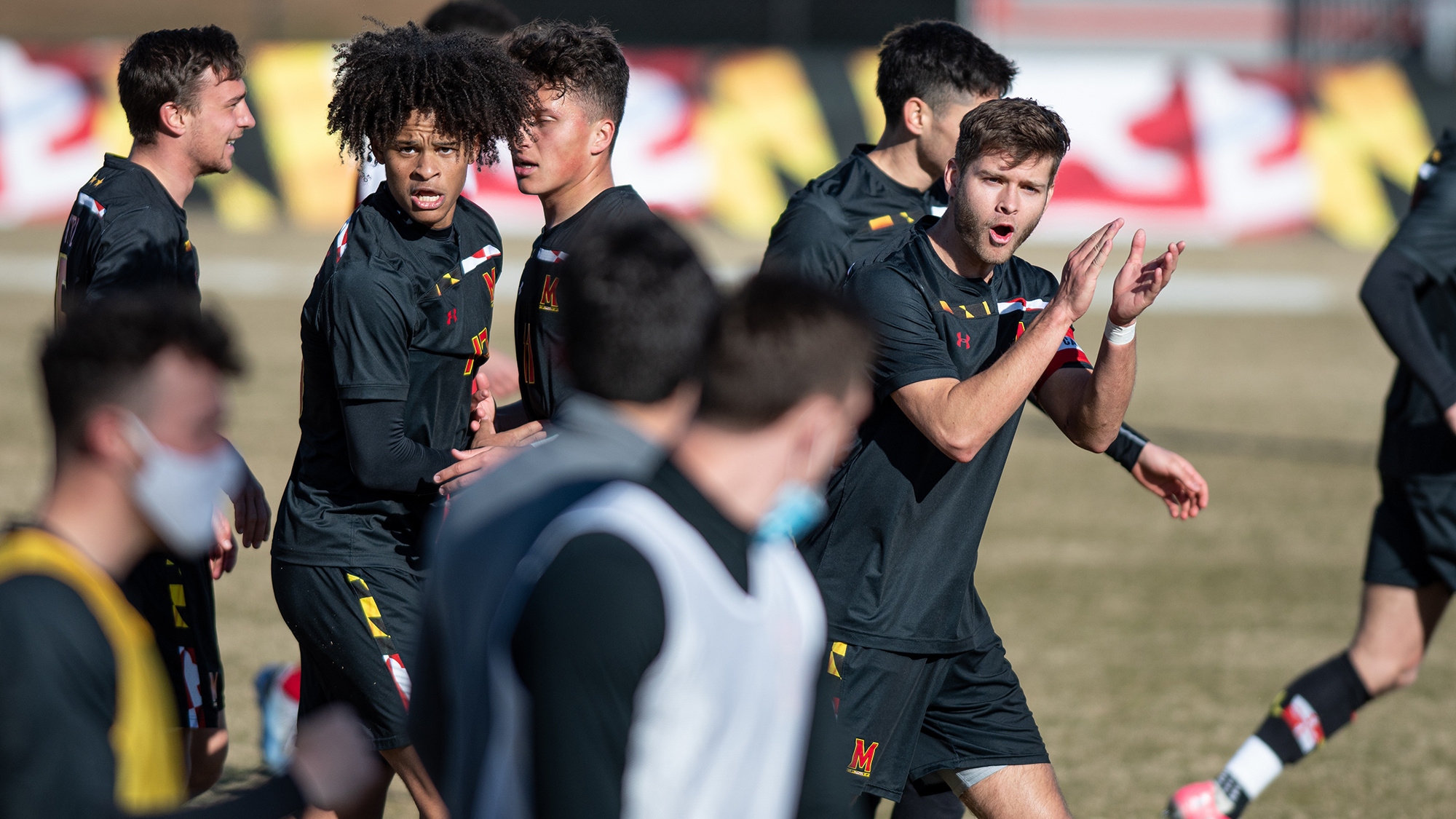 From start to finish, coach Sasho Cirovski’s squad suffered setback after setback in its spring 2021 season. Maryland men’s soccer took so many casualties at one point that it couldn’t field a full squad and had to cancel its April 4 game against Indiana.

“I’ve never had that in my 40 years in the game,” Cirovski said. “That was sort of a bizarre situation.”

But considering the monumental setbacks, limping to a 4-5-2 record and a NCAA tourney appearance seems fortunate. Fielding three second-team All-Big Ten players in Paul Bin, Ben Bender and Brett St. Martin likely served to get the Terps out of the jam.

With three months to heal, Maryland now has two of those three players back for the fall 2021 season, and Cirovski’s group looks ready to compete again.

In exhibition play, that was more evident than ever. The Terps went 2-0-1 in three matchups, including a 2-1 triumph over No. 3 Pitt in their exhibition finale.

“I thought we put together a very good performance [against Pitt] and saw improvement in all areas of the field,” Cirovski said. “That was a big confidence boost in terms of how we want to play, and if we pay attention to those details, we can be a strong team.”

One other benefit Cirovski took from the injury-marred spring 2021 season was the experience gained by underclassmen who were thrust onto the pitch. He believes that will strengthen the group’s depth and better prepare them for injuries this season.

And with that renewed squad, Maryland remains focused on getting back to the top of college soccer.

“Our goal this year is to bring some hardware back to College Park,” Cirovski said.

Though three years removed from their last title, the Terps still have some championship perspective. St. Martin is one of the few players left from Maryland’s 2018 title-winning squad, and the senior defender is expected to play a major leadership role this season.

“It’s definitely an experience thing that translates to the younger guys,” St. Martin said. “Just giving them memories of that experience and motivation to want to go out and win something like that.”

St. Martin, Bender and Malcolm Johnston have all been named to the Big Ten Players to Watch list. The Terps are projected to finish fourth in the conference, below projected champion Indiana.

For now, though, Cirovski says the squad is close to 100 percent and ready for its opening match against No. 18 Charlotte on Thursday. The 49ers have three C-USA preseason all-conference team members in Preston Popp, Alex Willis and Joe Brito. They are projected to finish second in their conference.

Charlotte will be Maryland’s first real obstacle in bouncing back from its ill-fated spring season. And if the Terps’ exhibition slate is any indication, they’ll be ready.

“Charlotte is a great team, and they are a team that’s a perennial NCAA tournament team,” Cirovski said. “We feel that’s gonna be a great challenge for us [but] a different challenge than Pitt.”