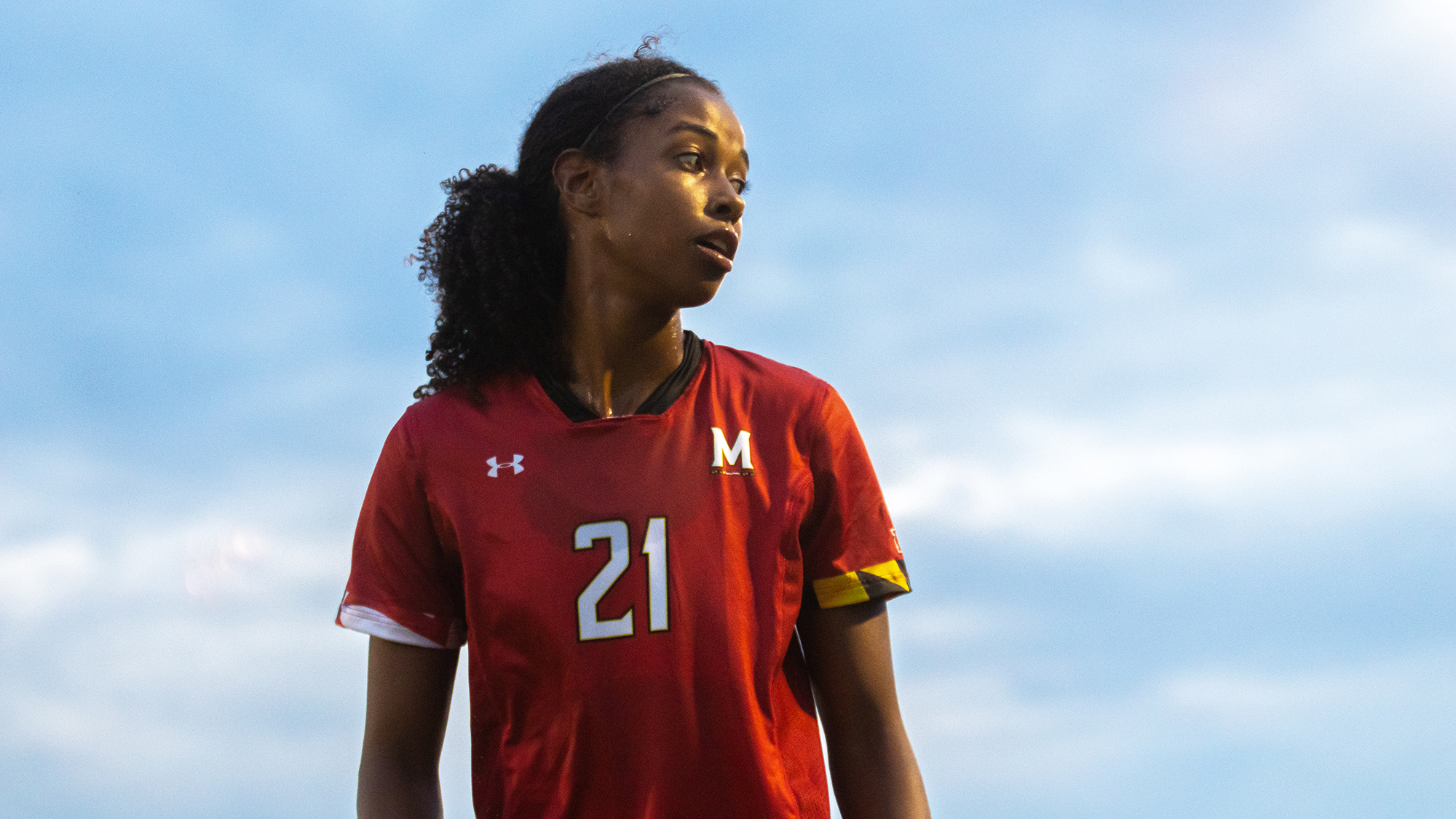 As Emily McNesby’s picture-perfect cross came toward the box, Kori Locksley got on the inside of her defender and poked the ball past George Mason’s keeper.

The goal not only put Maryland women’s soccer ahead in the first half, but signified her first career goal for the Terps.

An Alyssa Poarch blast from outside the box in the 73rd minute doubled Maryland’s lead, and was enough for the Terps to see out its second straight victory in a 2-0 win over the Patriots.

“I’m thinking about this team, just [seeing] them excited and smiling and having fun and playing the game, playing to win,” coach Ray Leone said after the game. “To start off like this, you couldn’t ask for more.”

Maryland continued its recent domination over George Mason with the win, having claimed victory in nine of the last 10 contests against the Patriots.

The Terps put on a dominating display offensively, outshooting George Mason 22 to 8 throughout the game.

Locksley found the back of the net quickly, scoring in the third minute. Through her first two appearances for Leone’s squad, she has a goal and an assist, already proving to be a vital part of the attacking game plan.

“Her experience and composure out there is just so obvious,” Leone said. “I mean, it’s like having a professional player on your team, because you know, four years in the SEC is about as high level as you’re going to get. She’s got a very calming influence on our team.”

Had it not been for their knack of hitting the woodwork, an incredible five times during the match, Maryland could’ve produced an even more convincing win.

The Terps created a lot of chances in the first half, and Poarch did well to beat multiple Patriot defenders in the 22nd minute before rattling her shot off the crossbar.

Mikayla Dayes created another good chance for Maryland in the 32nd minute, but her shot from just outside the box painfully ricocheted off the post and the George Mason line was able to clear the ball.

The Terps would hit the woodwork four times in the first half, outshooting the Patriots fourteen to three.

After commanding the field in the first half, Maryland’s offense struggled to connect in the second half before Poarch’s eventual goal doubled the Terps’ lead.

“They were excellent tonight,” Leone said of his defense. “This was a very difficult game, [George Mason] is very strong in the air… and we had to compete for every single thing. They did a really good job with it.”

While the Terps may be disappointed they didn’t score more, Maryland have already scored five goals in just two games this season, a far superior mark than the eight goals they managed in all twelve games last season.

The win bodes well for the rest of Maryland’s non-conference schedule, with George Mason being the first of four Atlantic 10 opponents the Terps will face this year.

After failing to win its previous 14 games coming into the season, Maryland has gotten off to a 2-0 start. While Leone is happy the team is getting results, he’s even happier with the impact these wins have had on the team and hopes they can build on their electric start to the season.

“We’ve only been together for two or three weeks,” Leone said. “But this team’s got a lot to prove. A lot of people have, you know, counted as dead and buried. And so, I like [the] start, that’s all I can say.”