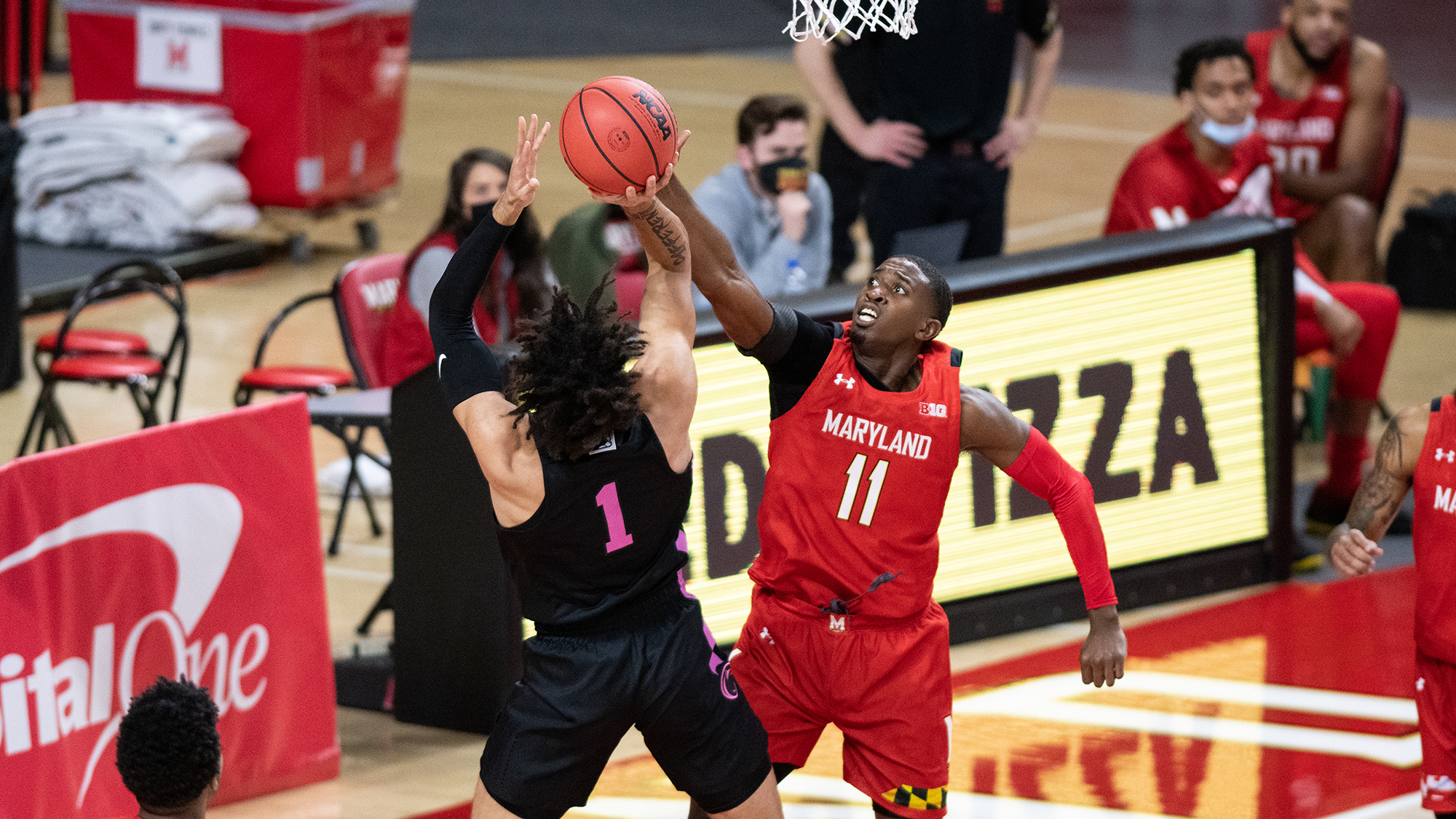 Reigning Big Ten Defensive Player of the Year Darryl Morsell has committed to playing his final season of collegiate basketball at Marquette, the guard announced Monday on Twitter.

“Darryl gave the University of Maryland everything he had for four years and we are eternally grateful for his commitment to our program,” coach Mark Turgeon said in a statement.

Morsell had a stellar 2020-21 season for the Terps, leading Maryland to the second round of the NCAA tournament, and becoming the first player in team history to win the top defensive honor in their conference.

The Baltimore native started in 27 of the 30 games he played for the Terps last season, offering stability in a new-look Maryland defense that finished the year third in the Big Ten.

Although he didn’t tend to set the box scores alight, his influence on a Terp team that was expected to finish 10th in the conference was unmatched, particularly when it came to halting the best scorers the Big Ten had to offer.

Morsell also earned a spot on the conference’s all-defensive team and an All-Big Ten Honorable Mention.

On April 5, he announced his intentions to explore every option with one year of eligibility remaining, entering his name in the transfer portal and declaring for the NBA Draft.

Although Morsell’s presence will surely be missed when Maryland begins its season against Quinnipiac on Nov. 9, Turgeon has been busy in the transfer portal himself.

In the weeks following their second-round loss to Alabama, the Terps announced the arrivals of big man Qudus Wahab and guards Fatts Russell and Ian Martinez.

Even as Maryland awaits Aaron Wiggins’ pending decision for next season, there is still plenty of hype around what the new Terps could look like.