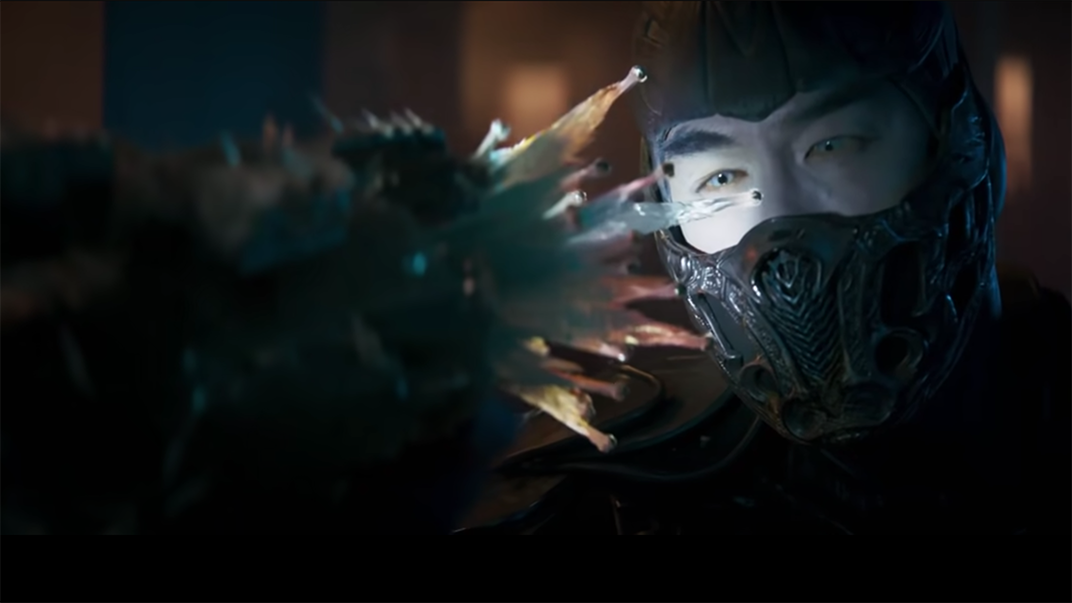 Mortal Kombat opens with a tender scene between a man and his family talking peacefully. All of this lasts about five minutes before it devolves into a brutal fight scene with blood, stylish fight choreography and more blood. This first scene pretty much sums up the whole movie — and in my opinion, it’s great.

Based on the video game series of the same name, Mortal Kombat follows warriors from different realms who are chosen to fight in a tournament, with the winner deciding the Earth’s fate. The original video game is a long-standing fighting game, running since 1992, and is especially known for its graphic “fatalities” — which often give a far too close look at the insides of a human.

Now, I’m no super fan of the series; I recognize some of the characters and know what the games are like, but I have no insight into the lore of the Mortal Kombat world. If you’re of a similar understanding or have no idea what Mortal Kombat is, then you’re actually in a good spot.

The film caters to that level of experience, mostly introducing the world and characters as if you’re new to the franchise, while also throwing in some fun fan service moments and lines throughout. This introduction to the world of Mortal Kombat felt like the bare minimum of what was necessary to watch the movie, but it honestly felt like a great choice. This is in no way the level of character development one might see in the Marvel franchise, for example. Instead, it’s a crash course, setting up the world as quickly and efficiently as possible.

The minimal introduction sacrifices character depth, and I never found myself especially caring for any character. Most of the deep lore is exempt as well, either entirely omitted or saved for sequels. Hardcore Mortal Kombat fans may wish for more of it, but personally, I didn’t mind.

The quick and efficient approach also makes for some pretty cheesy moments, and boy is this movie cheesy. It has everything from ridiculous character choices to obvious one-liners, but I found it fun and lighthearted, kind of like a ’90s action movie. All these choices feel deliberate and it’s clear the team behind it knew people are coming for one thing: bloody, gory action.

I can confidently say more than half of the movie is fighting. In fact, each scene with dialogue just feels like it’s doing the bare minimum required to get you to the next fight — a design choice I absolutely approve of.

The fights are shot smoothly with great choreography and sure to please any action movie fan. The gore and dismemberment don’t reach the levels of the game, Mortal Kombat 13, but they go about as far as you can with a movie while staying in the R-rated category.

Every stab has a massive spurt of blood, every punch a satisfying thwack and, without giving too much away, I saw at least one brain and a spine. If this all sounds morbid and gross, it’s because it mostly is; it’s exactly the kind of weird fascination the game is known for. I will say, however, that it never feels real — all the violence has a cartoonish nature that made it feel like a video game. It never felt like a horror movie, but rather a superhero flick without the PG-13 restrictions.

In the end, I got what I came for. This isn’t a thought-provoking movie or one that’s trying to establish deep lore. The story and characters are passable and the dialogue is cheesy and fun. But I came for nonstop, brutal fighting — and that’s exactly what I got. It’s also a good start to what could be a great run of movies. I give it two and a half shells out of four.