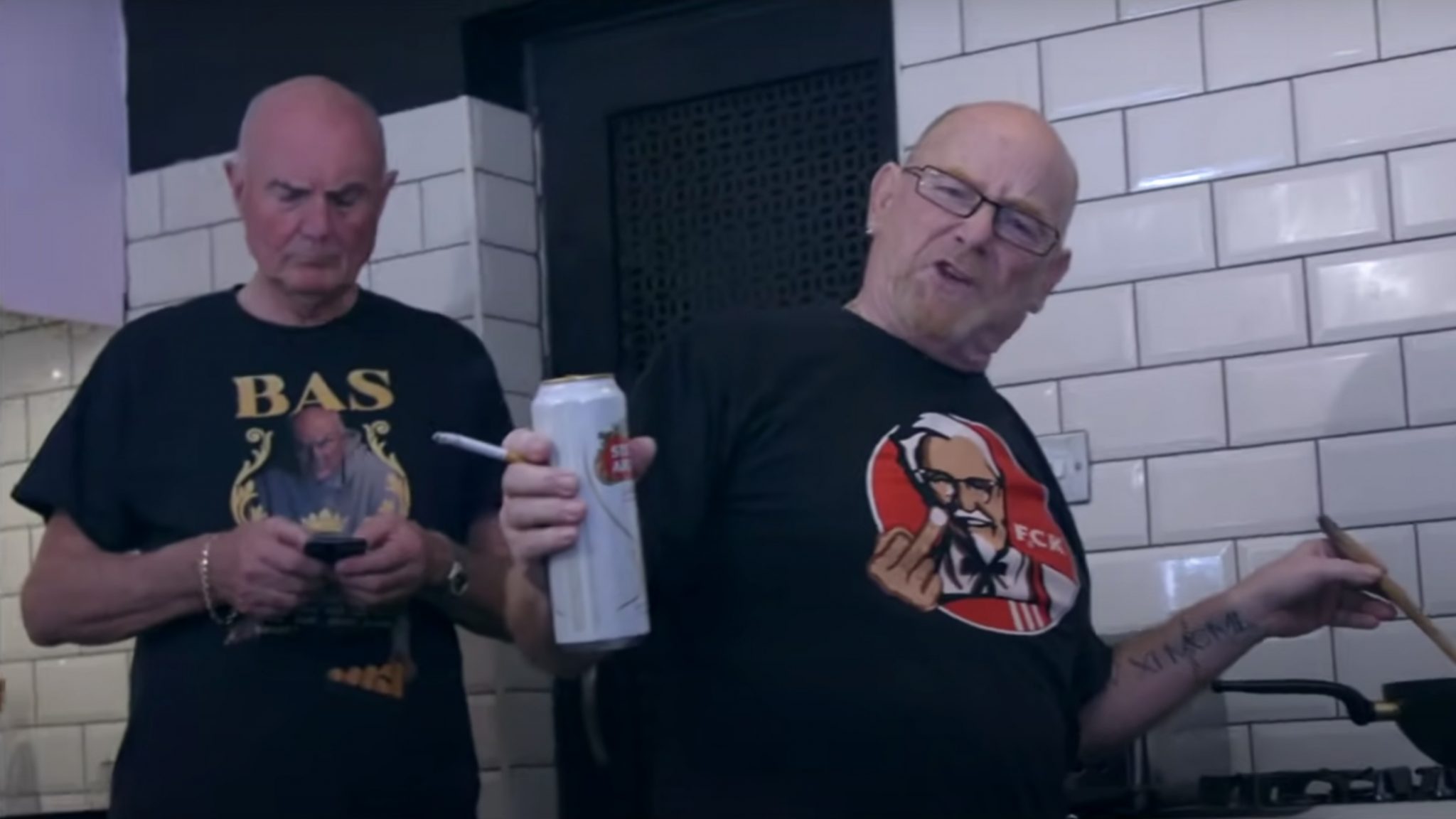 Pete & Bas bring talent when it comes to their rap game. (Screenshot via YouTube)

Pop culture typically thrives off of youth. Hip-hop culture even more so. It’s mind-blowing to think some of the rappers I listen to aren’t much older than me — Playboi Carti is 24, Roddy Ricch is 22 and Doja Cat is 25.

Because of this, when I first saw Pete & Bas on Twitter, I admittedly assumed they couldn’t be good at rapping and were only garnering attention for their boldness in spite of their age. I was dead wrong.

The two men, both in their 70s, sport an interesting look that spans generations. Suspenders and chains. Trilby hats, rings and tattoos. Their lyrics also reflect a combination of modern cliches and their own experiences — “the whip’s got custom plates” and “I’ve been in this game from my hairline thinning” are both lines from their single “The Old Estate,” which features UK drill contemporary M24.

[Who are Tramp Stamps and why do they suck?]

They released their breakout hit “Dents in the Peugeot” in March 2019. It now has over 1.8 million views on YouTube. The song is actually really good — from its production to the bars. Synths pulse as if in reverse, and a tough drill beat lays the foundation for two South East Londoners to spit vibrant verses about starting with nothing and rising up.

The first full track I heard from the duo was their freestyle with Fumez the Engineer. On first listen, my jaw dropped. The two tore apart the airy instrumental, highlighting each other’s unique talents. Halfway through, they crack beers and nonchalantly finish the song while sipping their drinks and dancing.

Each half of the duo brings a separate set of skills to the table. Pete’s gruff voice elevates the track with energy, bravado and fierceness, while Bas quickly performs more refined lyrics, linking rhymes bar after bar.

Their lyrics are really remarkable. They talk about women, cars and drugs as much as any other modern male rappers. They also have no problem poking fun at themselves, or even incorporating their wives and mundane daily routine (“Pete’s in the pub with a baked potato / Pint in his hand and a Sunday paper”) into their verses. At the end of the Fumez freestyle, Pete and Bas even trade verses dissing much younger UK grime artists like Stormzy, Skepta and Jaykae.

Because their lyrics are rife with modern colloquialisms, I assumed the pair of grandfathers used ghostwriters. I was wrong yet again since Pete explained to the South London Press that they write all their own songs and generally have grandsons and friends provide production.

[Fyre Festival attendees are getting $7,000 payouts. Here’s how I would spend mine.]

I can’t help but get a little sentimental watching these two self-described “geezers” have fun making music. It’s a little reminder to me that it’s never too late to pursue a passion or make a change in your life. If these guys can rap and jump on stage in front of adoring crowds, then I surely can invest time into my own art as well.

The pair may have even inspired an American counterpart, an older duo called Frank & Maury, who take on trap beats with their own brand of rap. Are we on the verge of a new hip-hop subgenre — maybe “elderap”? Are the old, the future? Frankly, I doubt it, but I’ll still support a couple of older dudes enjoying themselves and making music.