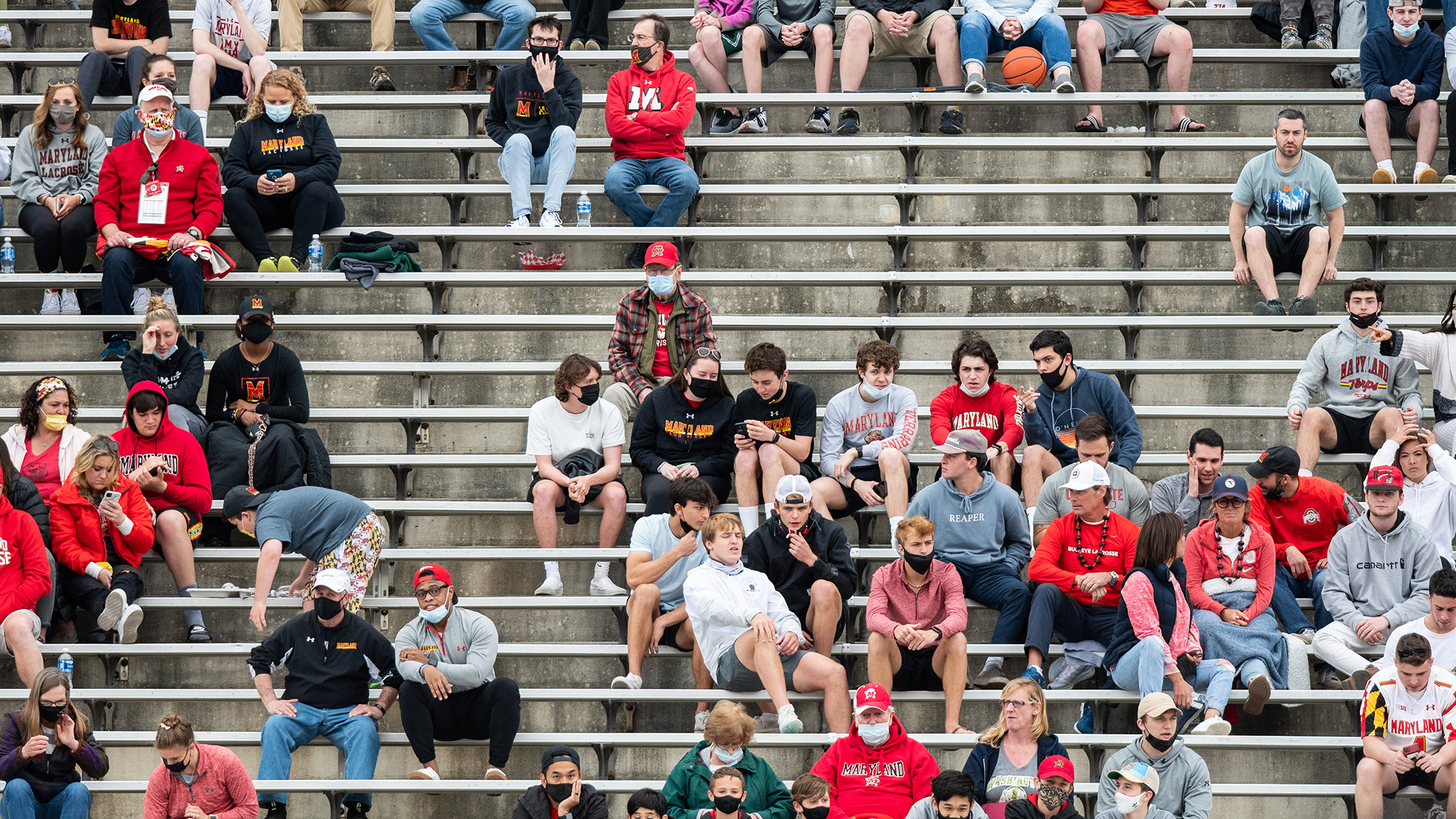 The past 14 months consisted of empty stadiums, canceled games and cardboard cutouts of fans. The pandemic took the spectators out of collegiate sports, eliminating the home field advantage of a vibrant, cheering crowd.

With the distribution of vaccines, however, the country has begun to see a glimmer of hope in returning back to normal, and a semblance of pre-pandemic life can be seen with in-person attendance at sporting events.

On March 29, the Maryland athletics department released its plan to make in-person attendance at games a reality. The men’s lacrosse game against Penn State on April 3 was  the first time sports fans were allowed to sit in the stands in just over a year.

Aside from providing fans a chance to see their favorite teams play, it adds a new sense of motivation for the athletes and coaches as well. Their new inspiration was on display in Maryland men’s lacrosse’s game against Ohio State.

Nearly 2,600 people attended the April 18 game, according to Maryland Athletics.

“The energy was much more positive because it felt like we were getting back to something that resembles life pre-COVID,” goalie Colin Miller wrote in a message. “Something as small as having a crowd behind you cheering at every great play was really powerful to have.”

It was clear that fans in the stadium brought a new level of energy to the team. Starting with warmups and pre-game activities, the players often turned and interacted with the fans, feeding off the energy that’s been missing at Maryland Stadium most of this season.

After clinching the Big Ten regular season title in the team’s last regular season home game, coach John Tillman reflected on the impact the Terps fan base had on the team.

“I thought Sunday night was awesome,” Tillman said. “Man, it was like old times.”

The team went from having nobody at games, to parents attending and so forth, Tillman said. Each time more people were present in the stands, players lightened up a little more.

“That energy was great for us,” Tillman said.

The Terps took momentum from the fans and knocked off rival Johns Hopkins in dramatic fashion Saturday, maintaining their perfect record and No. 1 ranking. Now, they’re preparing for the Big Ten and NCAA tournaments.

The pandemic has tested the public’s collective mettle, but small victories like live attendance at sporting events have brought a sense of normalcy back to the campus.

And there’s sure to be plenty more in-person cheering for this historic team.

“It’s special,” Tillman said. “To have a crowd in there and feel that energy, it is a big help … You do feed off that.”