Big Ten football is playing without fans, and home teams are struggling 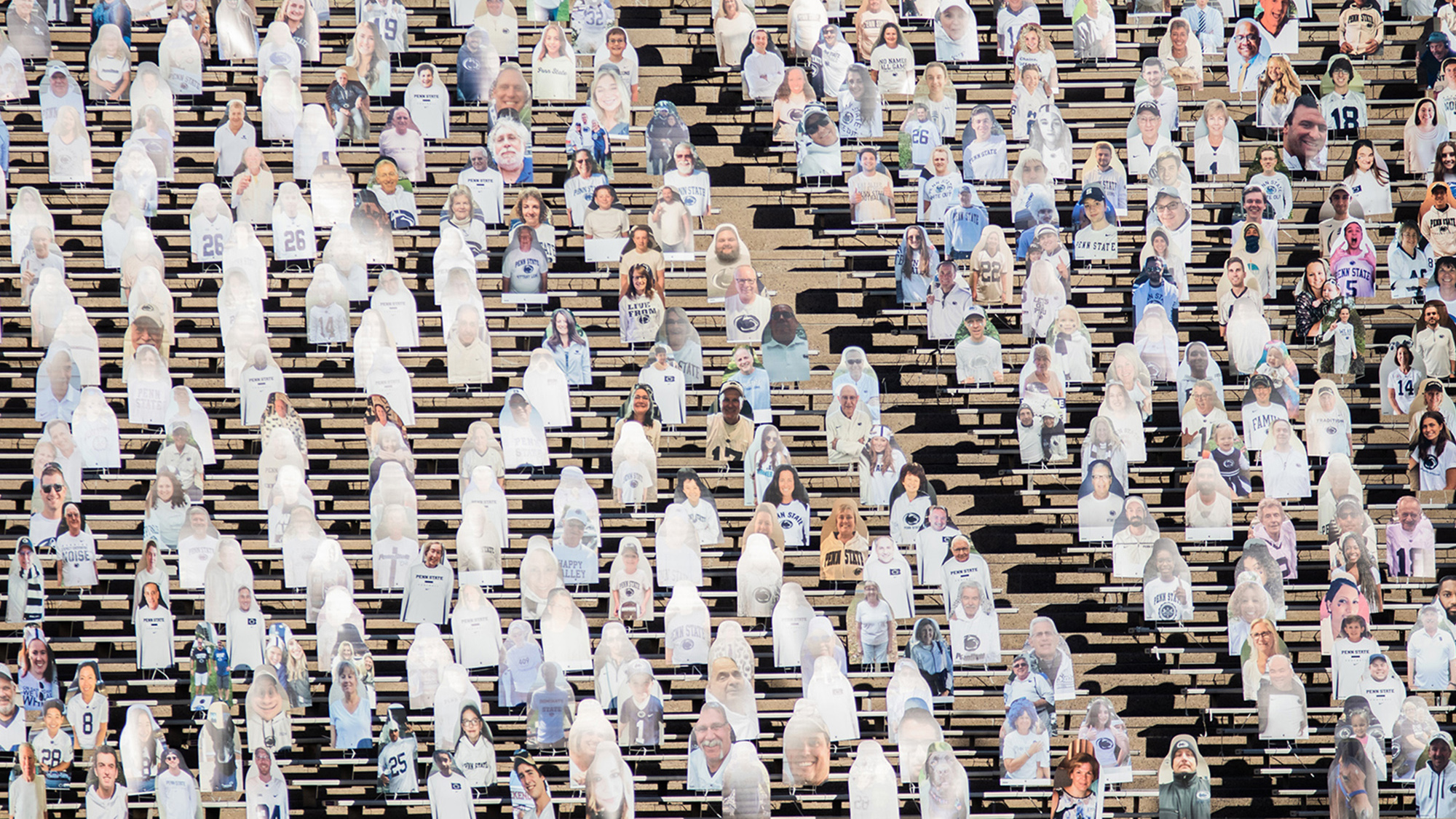 Joseph Petrino stood on the left hashmark of the 41-yard line at Maryland Stadium on Oct. 30, staring down the goalpost. Cardboard cutouts of Maryland fans and massive tarps covered the seats behind the 30-foot-tall yellow structure, a stark contrast from the typically boisterous student section.

As Petrino’s kick sailed through the uprights, his teammates rejoiced. Yet Maryland football’s 51,802-seat stadium was silent.

A horde of jubilant Terps dashed around the field after pulling off a 45-44 overtime victory over heavily favored Minnesota. Quarterback Taulia Tagovailoa had a smile on his face as the Maryland victory song reverberated through the stadium’s speakers. Maryland had overcome a 17-point deficit — the fourth-largest comeback in program history — to top the team that bested it by 42 points just a season ago.

And thousands of vacant seats looked on.

Amid the COVID-19 pandemic, the Big Ten stipulated that only players’ families would be allowed in the stands throughout this abbreviated season. And so far, homefield advantage has been minimized.

After nailing a kick, “the energy in the crowd is usually electric,” Petrino said. “It adds to the whole team’s momentum. [Friday] was a little different … definitely is a little adjustment.”

The subdued atmosphere was a novelty in the Terps’ lone home game.

“That was probably a first for me,” receiver Dontay Demus Jr. said.

There may be scientific backing to why teams have underperformed in their own confines during this odd season.

Dr. Michelle Garvin, director of clinical and sports psychology at this university, referred to the Inverted-U theory — which suggests that while some excel under minimal pressure and struggle when eyes are turned to them, most people achieve their peak performance when arousal is not too low or too high.

For certain athletes, she said, fan presence increases their intensity to their desired level where performance peaks.

“For some people … high-visibility games where the stadium is packed and it’s on national television … can be really, really energizing and lead to enhanced performance,” Garvin said.

She also noted the concept of social facilitation, when individuals perform better while others are present. The concept was originally explored by having people solve multiplication problems while being watched by a crowd. The subjects completed more multiplication problems when observed, according to Simply Psychology. It is the same story with athlete performance and the presence of crowds, Garvin said.

“The more eyes that are on the game, the higher pressure of the game … that can be really energizing and lead to enhanced performance for some athletes,” Garvin said.

However, not everyone performs well under augmented pressure.

“For others, it could be a little overwhelming and push them to the right side of the Inverted-U, where performance decreases,” Garvin said.

[Dontay Demus Jr. has been a steady force in Maryland football’s unusual season]

While there is no research on this in sports yet, Selterman said, seeing fans’ faces and hearing piped-in crowd noise through the speakers could potentially make a difference. Studies have shown people are less likely to do something unethical if they feel they’re being watched, he said, even if it is just with pictures or drawings of eyes on a wall. It wouldn’t surprise him if this is similar with athletic performance, he said.

Selterman also mentioned the concept of state-dependent memory — when people remember certain information when in the same mental or physical state as the time they learned it, including if a team is running plays on the field they’ve practiced them — as a potential mental effect on athletes.

Just as research has proven swimmers remember things they learn while underwater once they’re in the pool again, the psychology professor said, playing on a home field where a team practices and spends a lot of time could make it easier to recall plays.

While the Maryland football team did pull off its first home win in two years, it didn’t feel like anything close to a normal home game for the players.

“The momentum was a little bit different,” defensive back Jordan Mosley said. “It’s like a scrimmage against a different team.”