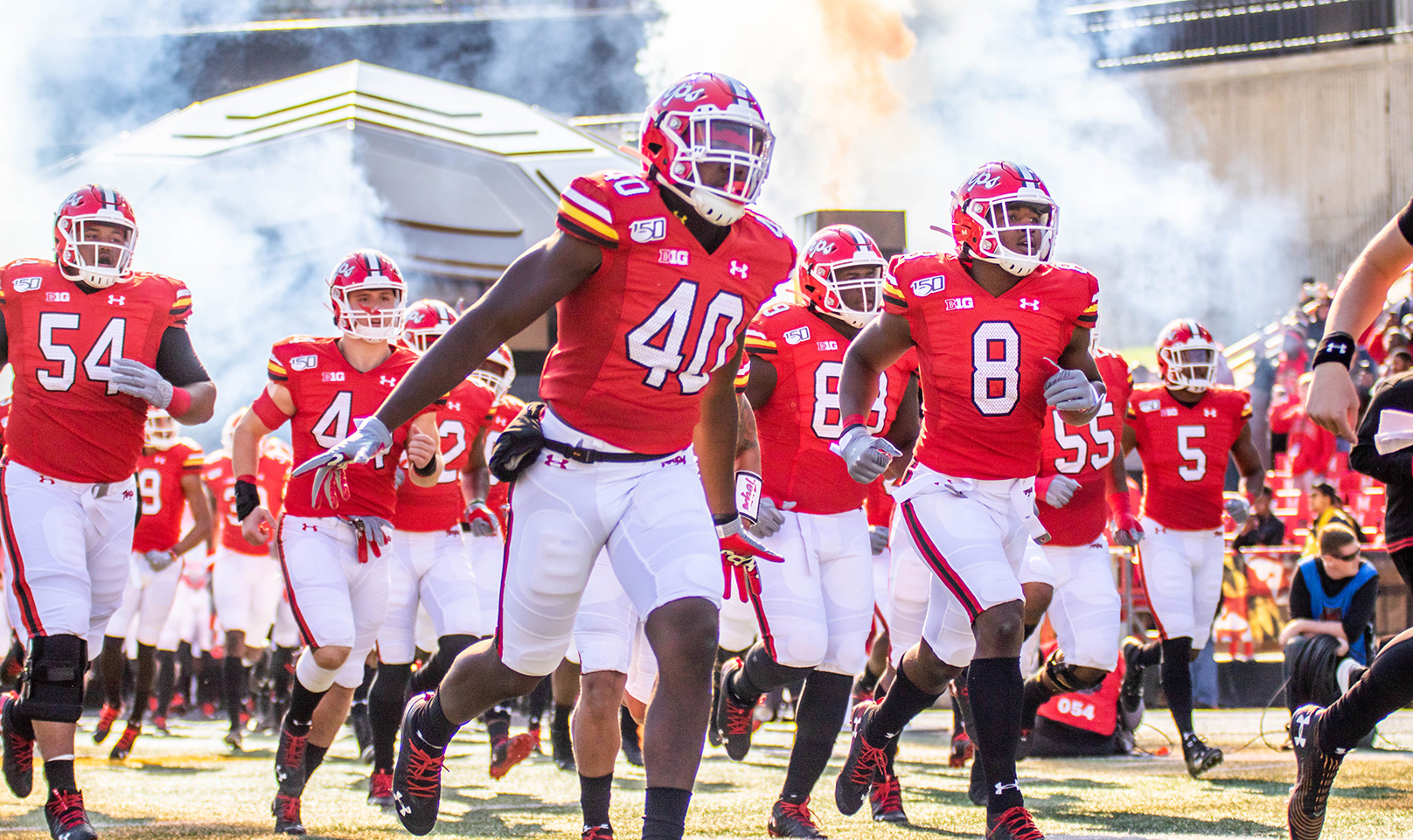 Players run out of the tunnel before Maryland football's 38-7 loss to Michigan on Nov. 2, 2019. (Julia Nikhinson/The Diamondback)

Maryland football’s contest against Michigan, originally scheduled for Saturday, has been canceled, according to a release.

Our game vs. Maryland has been canceled.

The Wolverines reported at least one positive COVID-19 test Monday, and halted in-person activities immediately. Several sources reported that the situation hadn’t improved by Wednesday, leading Michigan to call off the contest.

“We have seen an increase in the number of student-athletes unavailable to compete due to positive tests and associated contact tracing due to our most recent antigen and PCR testing results,” said Michigan Athletic Director Warde Manuel in a release.

This is the third time in the past four weeks the Terps have had a game canceled due to COVID-19. Maryland saw 23 players and seven staff members — including Coach Mike Locksley — test positive for the virus in November, which forced games against Ohio State and Michigan State to be nixed.

With the cancellation, the Terps are ineligible to play in the Big Ten title game. The conference ruled in September that teams with more than two cancellations would not be allowed to compete for the league’s top honor. Though that path would have been difficult after Maryland’s loss to Indiana this past Saturday, this weekend’s cancellation ends its hopes of a Big Ten crown.