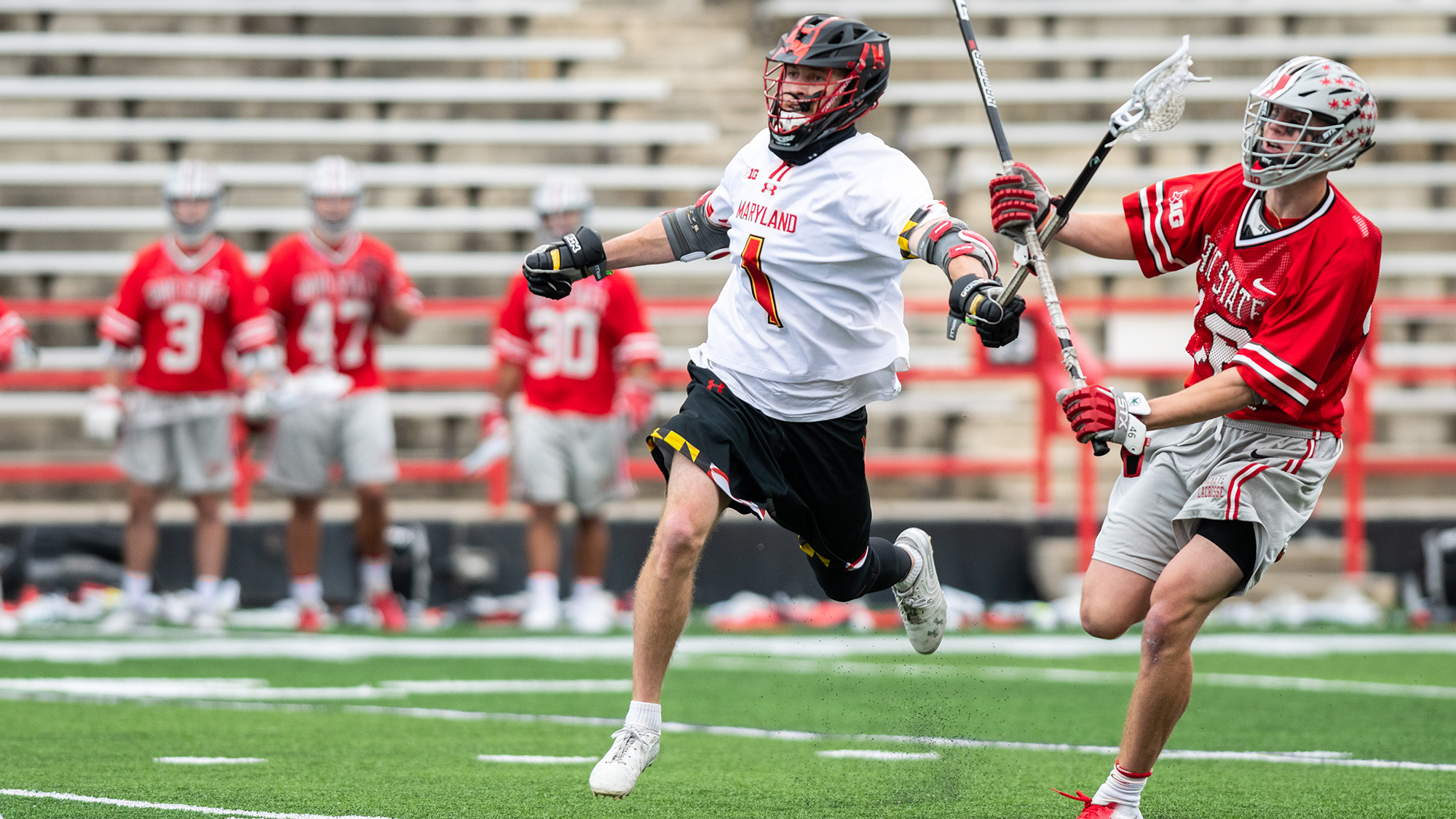 Maryland men’s lacrosse’s Jared Bernhardt and Logan Wisnauskas are two of the 25 nominees for the 2021 Tewaaraton Award, the foundation announced Thursday. They were previously on the Tewaaraton Award Watch List, along with defenseman Nick Grill.

Bernhardt, who’s leading the nation in scoring this season, was one of five finalists for the coveted award in 2019 after finishing the year with 78 points and 51 goals — the second most goals in a single season in Maryland history.

The fifth-year senior has a chance to break those records in the truncated 2021 season, as he currently stands at 39 goals and 57 points.

He now has the most goals all-time at Maryland, at 170, and is nine points away from tying Matt Rambo’s points record of 257. Rambo won the Tewaaraton Award in 2017, the only men’s Maryland player to ever do so.

Wisnauskas, also a senior, is currently ranked 15th in the country with 4.89 points per game — 44 over the Terps’ first nine games.

The Sykesville, Maryland, native posted a nine-point effort against Johns Hopkins on March 6, and he became the program’s all-time leader in games of eight points or more with five. Wisnauskas is also one of seven Terps with 200 or more points in his career.

The Tewaaraton Award honors the top male and female college lacrosse player in the U.S. each year, akin to the Heisman Trophy in college football. Presented in Washington, D.C., each year since 2001, the award celebrates lacrosse’s roots in Native American culture.

The five finalists will be selected next month, and the final award ceremony will be held on June 3 at the Smithsonian Institution National Museum of the American Indian in Washington, D.C.