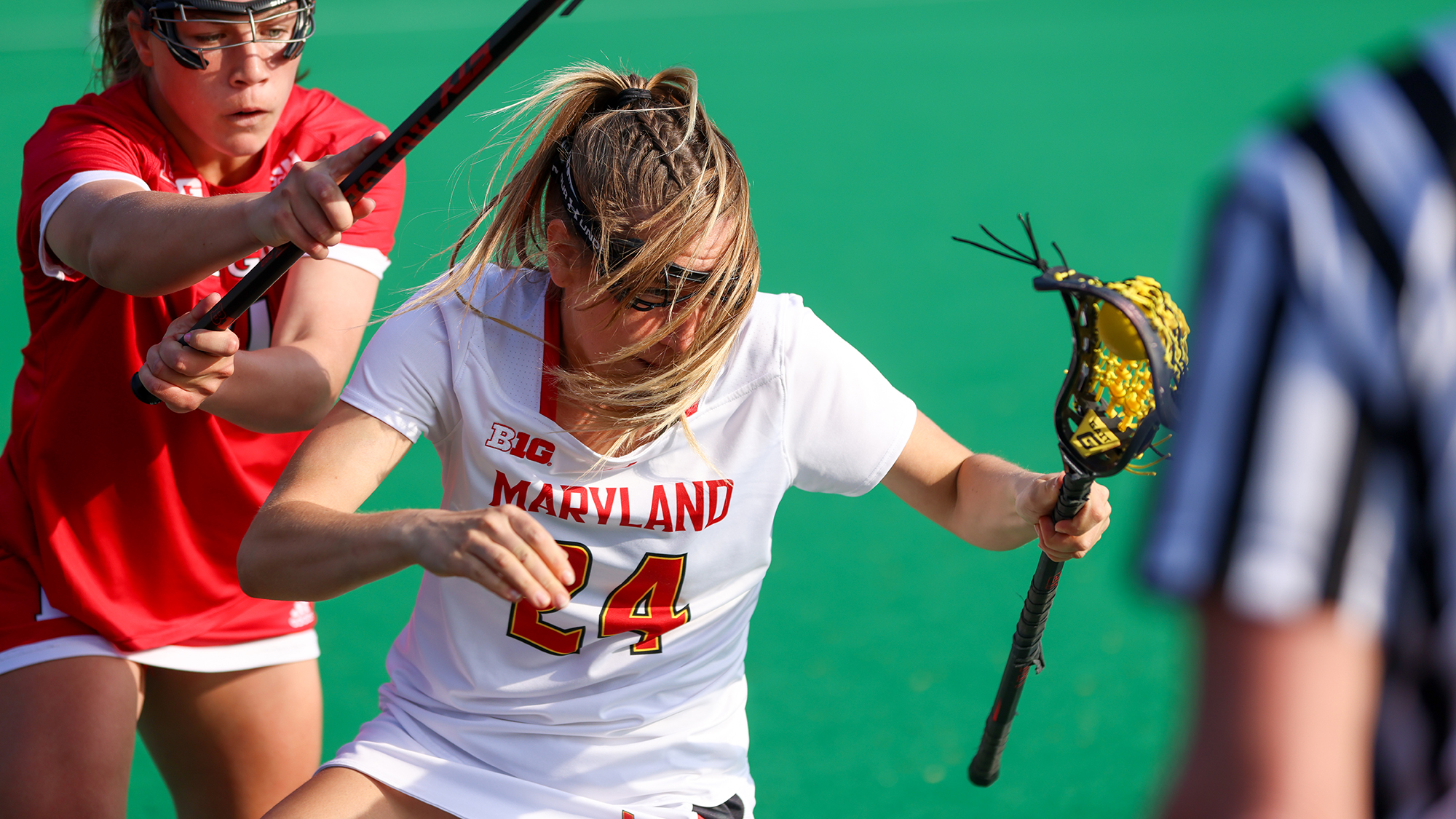 After a stumble in Maryland women’s lacrosse’s opening game of the season, the Terps made a big statement by winning five straight games.

It was an impressive stretch following an unsuccessful 2020, where Maryland ended the pandemic-shortened season 3-3. The Terps looked ready to return to the pinnacle of women’s lacrosse with a do-over at defending their 2019 national championship.

But, Maryland has shown wild inconsistency, particularly on the offensive half of the field.

As the Terps face a quick turnaround, hosting No. 20 Johns Hopkins on Wednesday for the final home game of the 2021 season, they hope to take a firm step forward in enacting their attacking game plan successfully.

“What we’ve had this season is just a lack of execution,” coach Cathy Reese said. “We need to execute on our offensive, on each possession — every possession matters. If we have a turnover or an unforced error or a goalie save, the other team is coming down and has the chance to score on our defensive end.”

No. 11 Maryland (6-4) has lost three of its last four games, struggling to put together dependable offensive performances and continually falling below the 50 percent shooting mark Reese is clamoring for.

The Terps have been focused on fixing their shooting efficiency all season. Since hitting half of their shots against Michigan in February, Reese’s squad has fallen short every time of asking.

It has led the Terps to the worst shooting percentage in the Big Ten, with a clip of .388. 2020 and 2021 have brought the two worst shooting rates at Maryland since Reese took over as coach in 2007.

But taking care of the ball could make the difference, as the Terps need to hold on to it better in order to implement their strategies.

“Our job on offense is to score,” Maryland’s top goal scorer Hannah Leubecker said. “It doesn’t matter who’s scoring, but making each possession count and really waiting for good opportunities and then finishing those opportunities. So being patient, and maybe not hitting the first look but waiting for a wide open look to open up.”

Maryland is home to some of the best dodgers and drivers in the country, and the team has shown that off in some games. Leubecker set a program record for goals in eight games and Libby May has had flashes of brilliance in the attacking area, racking up 15 goals.

However, every game has brought its own struggles with setting up attackers for success.

Against Northwestern, draw controls killed any chance the Terps had to keep up with the high-powered Wildcat offense. When Maryland visited Penn State, it committed so many excessive turnovers that its improved work on the draw circle went wasted.

“We make a few good plays, and then we don’t execute on the opposite end, whether it’s defense or offense,” Shaylan Ahearn said. “That gets in our head a little bit, and then we go really individual.”

The Terps are searching to find that perfect storm that helped them secure those decisive wins in the early stages of the season.

And sometimes it’ll come down to patience. A tough ask when the Terps have gone down in games more often than they’d like.

“It’s definitely easier said than done,” Ahearn said “Having that help from your teammates to get your focus back in on the game is … what’s going to keep us composed in those stressful situations.”