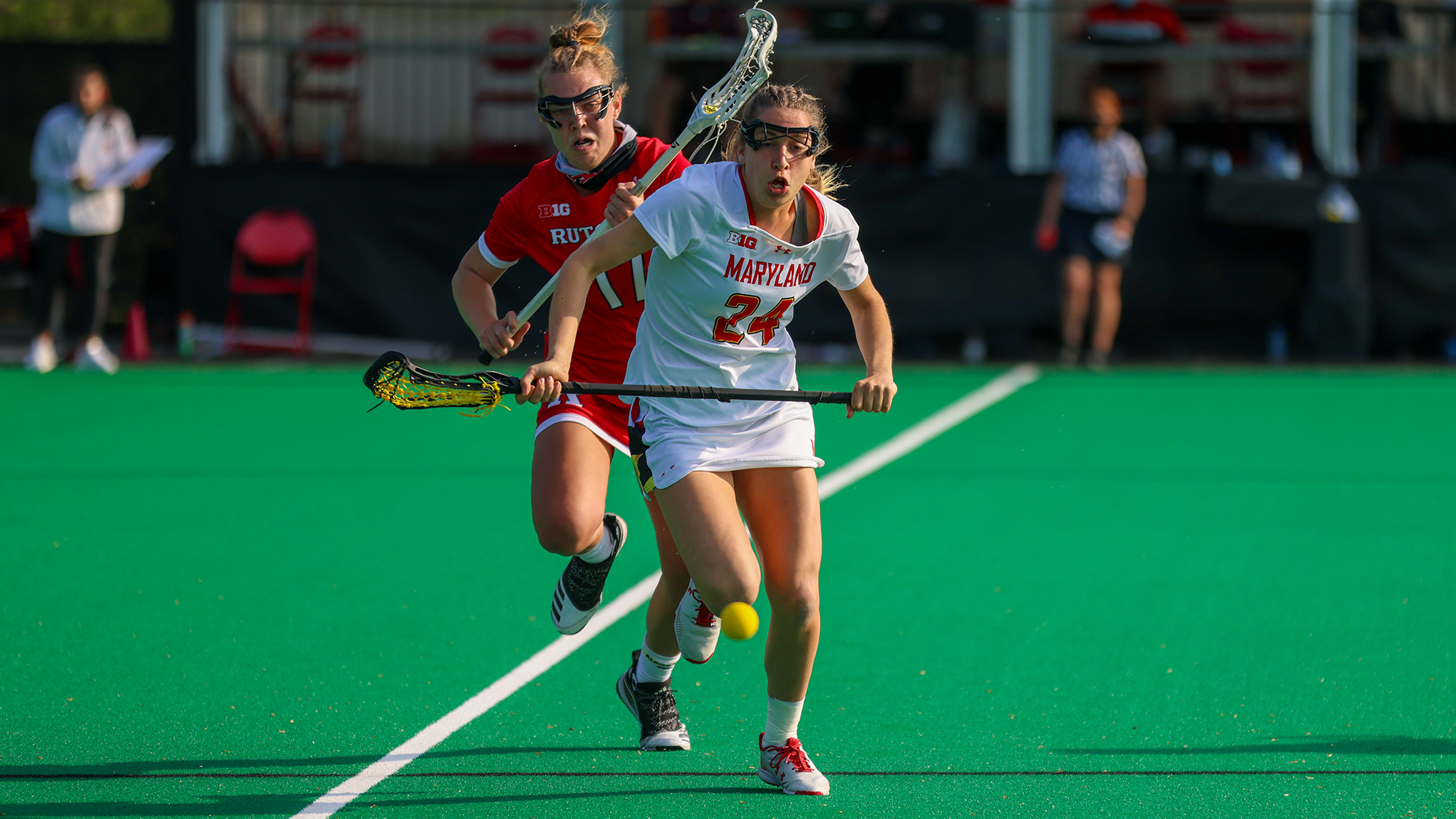 Maryland women’s lacrosse has shown a lot of promise this season, but simple mistakes are costing the team results. And with a Big Ten-only schedule, every game is crucial.

“Here we are talking about it again and we’re running out of time to put these words into play, and these actions into play and make that change on the field,” Reese said.

The Terps racked up 16 turnovers in a 16-9 loss to the Nittany Lions Sunday, eight of which were unforced. The loss was the second time Maryland has fallen to Penn State in program history. The first was earlier this season.

Reese has been adamant all season that her young squad needs to clean up its fundamentals to eliminate careless play, but the results haven’t yet been evident.

As a rule of thumb, Reese wants her squad under 10 turnovers in every game. The Terps have yet to accomplish that feat this year.

“We need to do a better job of taking pride in every possession and taking care of it,” Reese said after a narrow win over Rutgers last week. “We were sloppy, we just threw the ball out of bounds sometimes.”

Turnovers nearly cost Maryland its senior day win against the Scarlet Knights. After jumping out to an early lead, the team showed little discipline when controlling the ball. The Terps amassed 17 turnovers, tying their season high, and squeaked out a 14-12 victory.

Maryland hasn’t lacked possessions either. Shaylan Ahearn put together a career performance in the draw circle, grabbing 10 of the Terps’ 19 controls against the Nittany Lions.

As the draw control specialist, Ahearn took massive strides in her first year at the helm, but her team was unable to capitalize.

“[Shaylan] came up with so many crucial draw controls,” captain Brindi Griffin said. “We weren’t able to finish on the attacking end, but I was really proud of how she did.”

The sophomore was clutch for Maryland against Penn State last time around, recording nine draw controls while dominating the circle 23-6. The end result was the same, in part due to the Terps’ 16 turnovers in that game.

However, Ahearn still has work to do on consistency during faceoffs. Since taking over in the circle, she has led her team to a 54.3 percent win rate on the draw — the lowest team percentage since 2011.

But on Sunday, Ahearn was the bright spot in a rough outing for Maryland elsewhere on the field.

“Here we are, we have extra possessions and we’re turning the ball over 16 times,” Reese said. “We need to make sure those possessions count.”

After struggling to put a cap on turnovers against Rutgers, Griffin and fellow senior Hannah Warther said it would be a high priority in practice before visiting the Nittany Lions.

It didn’t pan out for the Terps. And entering the final week of the regular season, Maryland is running out of time to make those on-field adjustments that could get them back in the national championship game.

“We still have a lot of stuff to work on,” Warther said after her four-goal performance against the Scarlet Knights. “We haven’t played a full 60 minutes of greatness.”