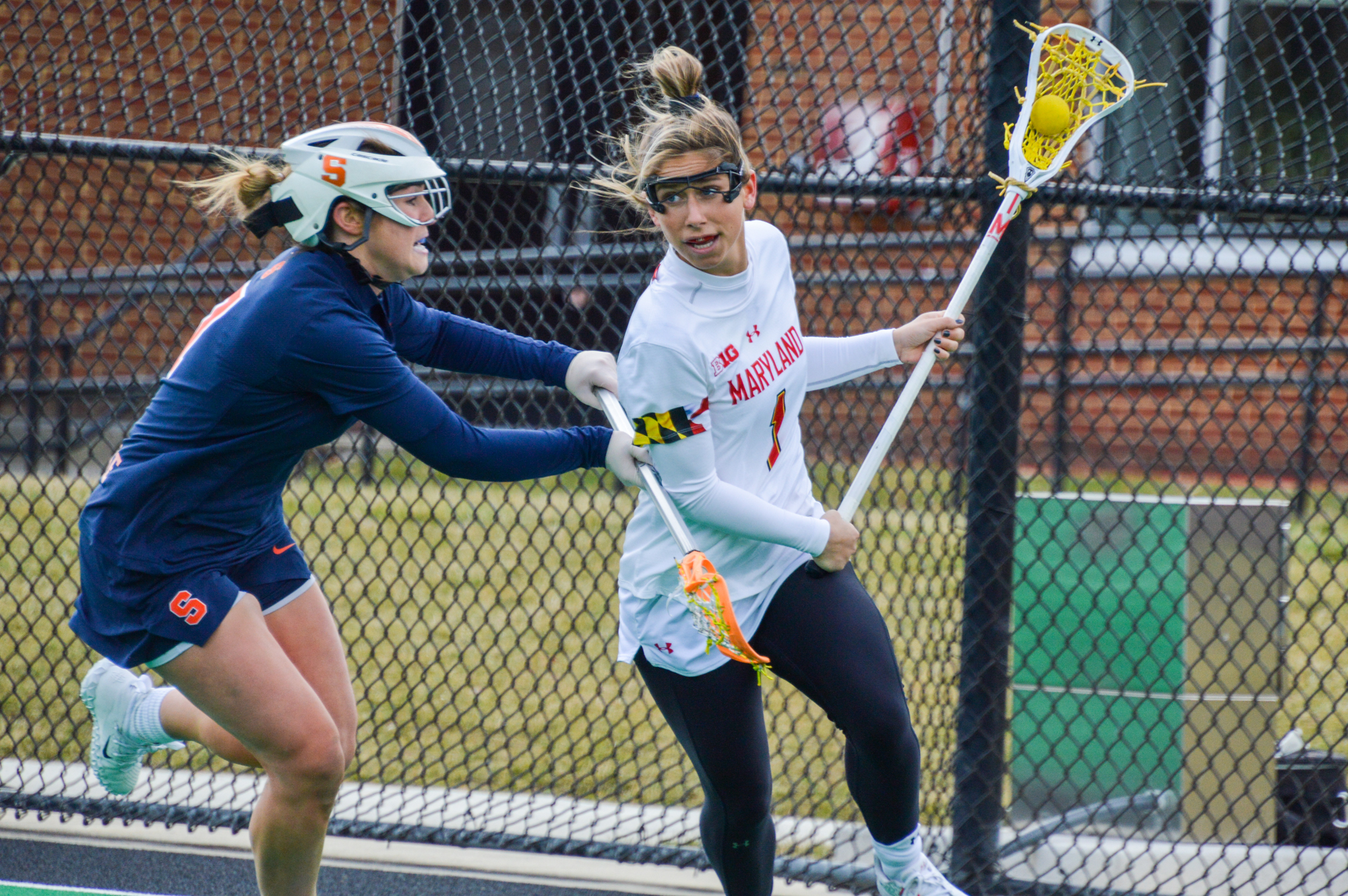 Maryland women’s lacrosse captains Lizzie Colson, Brindi Griffin and Grace Griffin have all been named to the Tewaaraton Award Watch List. The Tewaaraton is the highest individual honor in collegiate lacrosse.

The Terps have housed eight of the last 10 Tewaaraton awards, including the defending winner, Megan Taylor, who was the first goalie ever to win the prestigious award.

Brindi and Grace Griffin both held a spot on last year’s final Tewaaraton Watch List following the cancellation of the season due to the COVID-19 pandemic. Colson made the list in 2019, her last full season of action.

All three were named Inside Lacrosse preseason All-Americans.

Brindi Griffin, a fifth-year senior, has continued to be a force in attack for Maryland, tallying a 24-game scoring streak since 2019. Grace Griffin has shown out for the Terps on both ends of the field in 2021, leading the team in ground balls and amassing seven goals and two assists.

Colson, who is coming off of an almost two-year hiatus due to injury, has slotted right back into the Maryland lineup, leading the team in caused turnovers and continuing as an impact player on the draw control.