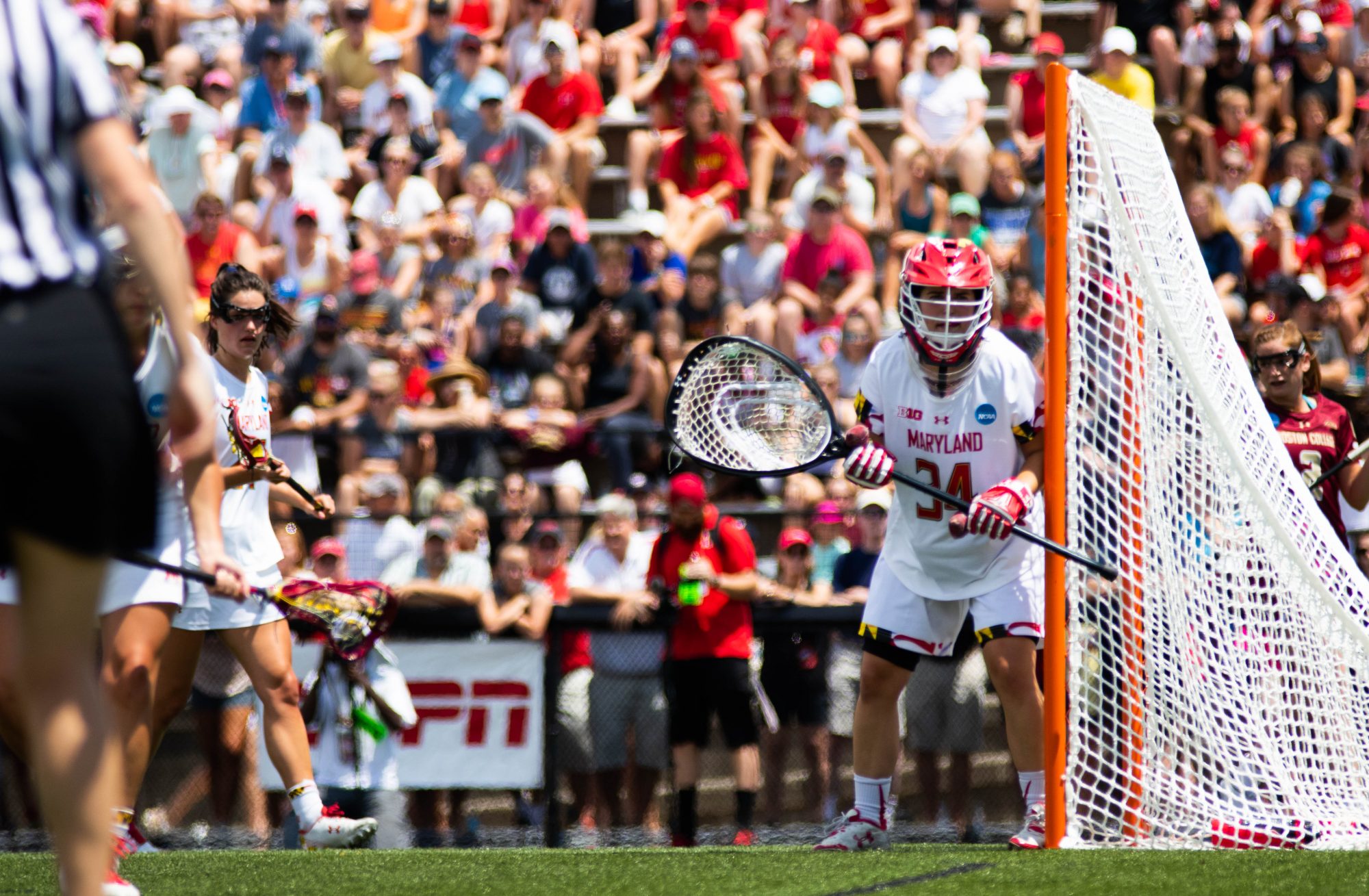 Goalkeeper Megan Taylor guards the near post in Maryland women's lacrosse's 12-10 win over Boston College on May 26, 2019 in the NCAA championship. (Julia Nikhinson/The Diamondback)

Maryland women’s lacrosse goalkeeper Megan Taylor won the Tewaaraton Award — given to the nation’s most outstanding lacrosse player — the Tewaaraton Foundation announced at a ceremony in Washington, D.C., on Thursday.

Just days after the Terps’ national championship win, Taylor became the first goalkeeper to ever win the award in either men’s or women’s lacrosse since its inception in 2001. The senior anchored one of the nation’s best defenses, setting career highs with 217 saves at a 55 percent clip. With her guidance in the cage, Maryland lost just one game en route to its 14th NCAA championship — a 12-10 win over Boston College on Sunday.

The senior started the season with a seven-save performance against George Mason and only improved from there. She kept the Terps alive against then No. 2 North Carolina in late February, making a crucial save with less than a minute remaining in regular time — one of 14 stops that day. Taylor was also vital against Penn on March 13, posting 13 saves against one of the Ivy League’s best offenses.

After a midseason dip — including a save rate of just 35 percent against Northwestern in the Big Ten tournament championship — Taylor responded in a big way. She produced some of her best performances of the season during championship weekend, posting a combined 24 saves against Northwestern and Boston College. She was named the NCAA tournament’s most outstanding player for her heroics.

Taylor is arguably Maryland’s most decorated shot-stopper ever. Her 740 saves are the second most in program history, and she was named the Big Ten Goaltender of the Year in all four of her seasons in College Park. And now, she’s the first goalkeeper to take home the coveted Tewaaraton Award.