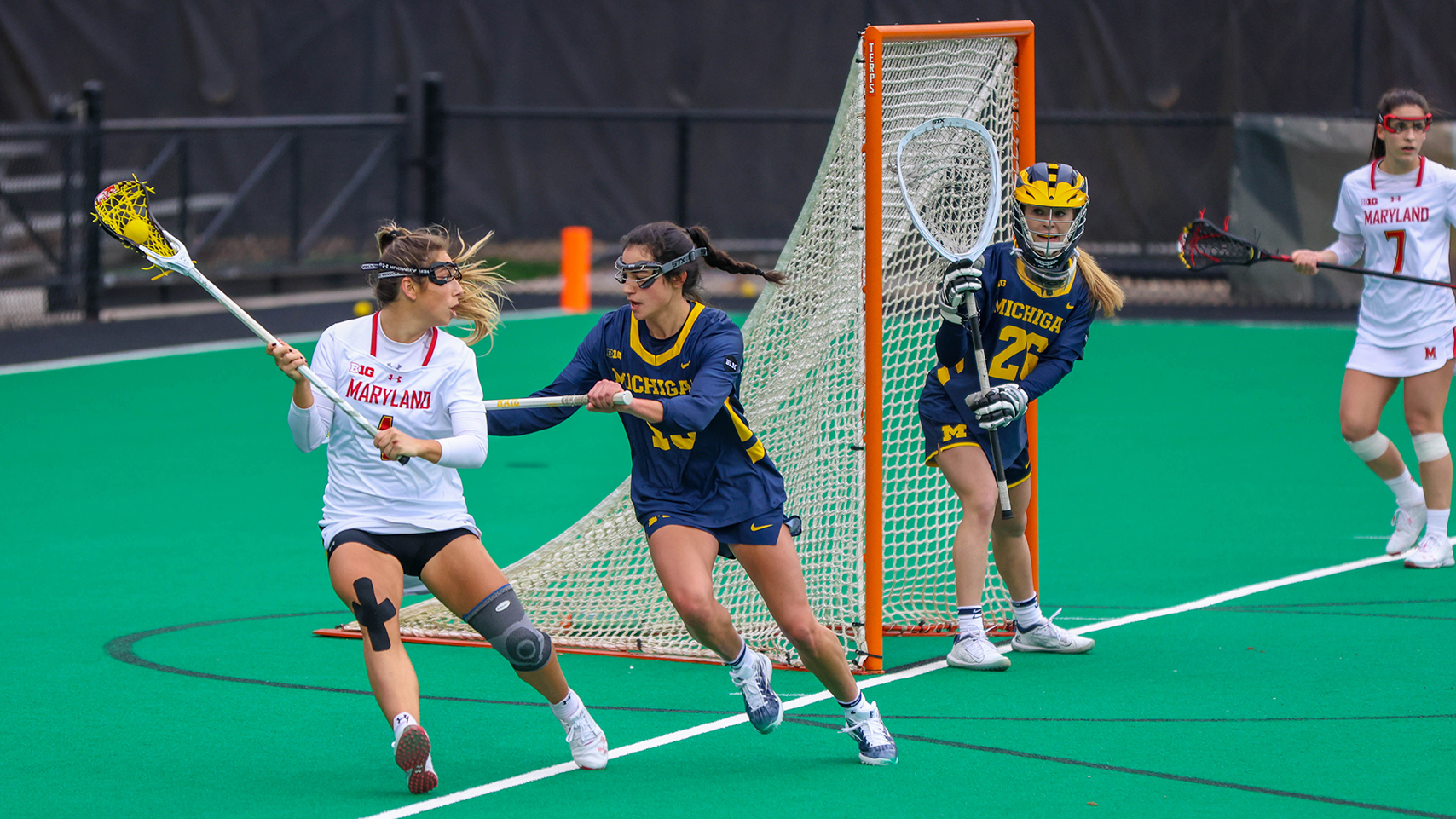 A quick look at the stat sheet for Maryland women’s lacrosse this season shows off one feature that coach Cathy Reese loves about her squad: anyone can score.

And the No. 9 Terps relied on their plethora of attacking options to sweep their weekend series against now-No. 21 Michigan.

“We can attack from so many different points,” Grace Griffin said. “Everyone can have a day. … Whatever the defense throws at us we know that we can react to it, and we can take advantage of it, and we can put the ball in the back of the net.”

In both wins over the Wolverines, Maryland had six goal-scorers. And Reese has praised the depth of her squad’s scoring pool this season.

Up front, the Terps have the reliable tandem of fifth-year senior Brindi Griffin and senior Catie May, with the sophomore duo of Libby May and Hannah Leubecker finding its way in the Maryland lineup.

“We’ve got a good balance there,” Reese said. “They each do different things well.”

This season, the attacking unit has complemented each other well, scoring in a variety of ways to keep opponents off balance.

Against Penn State, Libby May showed off her ability to shoot quick off of passes, finding gaps in the Nittany Lion defense to hurl shots through, resulting in a team-high four goals.

Against Michigan this weekend, Leubecker took over. In just her second start for the Terps, she put away seven goals, giving Maryland its first win of the season.

And in that performance, Leubecker, a recruit who came to College Park praised for her scoring ability, flashed her ability as a dodger, capable of driving to the cage.

“Driving is one of our strengths,” Leubecker said. “It could’ve been anybody who was taking those lanes. It just opened up, and I was given the opportunity, so I just tried to finish.”

Not to be outdone, the Terps’ midfielders have offered a crucial aspect of moving the ball forward and causing problems for opposing defenses — particularly Grace Griffin.

Griffin stood out in the second game of the weekend, putting up a team-high four goals and setting a career-high of five ground balls.

More importantly, though, it was Griffin who got the Maryland offense rolling when it was at a standstill.

“Every time I turned around, Grace was right there picking up a ground ball,” defender Lizzie Colson said. “She had a lot of big shifts in momentum, involved in a lot of plays on both sides of the field. She’s always like that.”

The Terps were in an offensive rut, having scored just one goal in the opening 20 minutes of play. But Griffin inspired Maryland’s attack with two quick goals. Her squad responded by exploding for five more goals in a 7-1 run that gave the Terps a lead they wouldn’t relinquish the rest of the game.

Griffin has become one of the most dynamic players on both ends of the ball. Reese said she expects a lot from Griffin, but the captain always comes through.

“Grace is not only leading out there and directing and helping people through making sure we’re on the same page, she’s executing as well,” Reese said.

Griffin’s positioning at the top of the attacking area allowed her to control the space where Maryland found most of its good chances on the day, Reese said.

The Terps continue to define their young squad as their shortened season amps up, and it looks like it will be chock-full of goal-scoring options. In the absence of an overall dominant goalscorer, that could be the best way to keep opposing teams on their toes.

“It’s not one person carrying the entire team,” Griffin said. “We know on any given day we have each other’s back.”