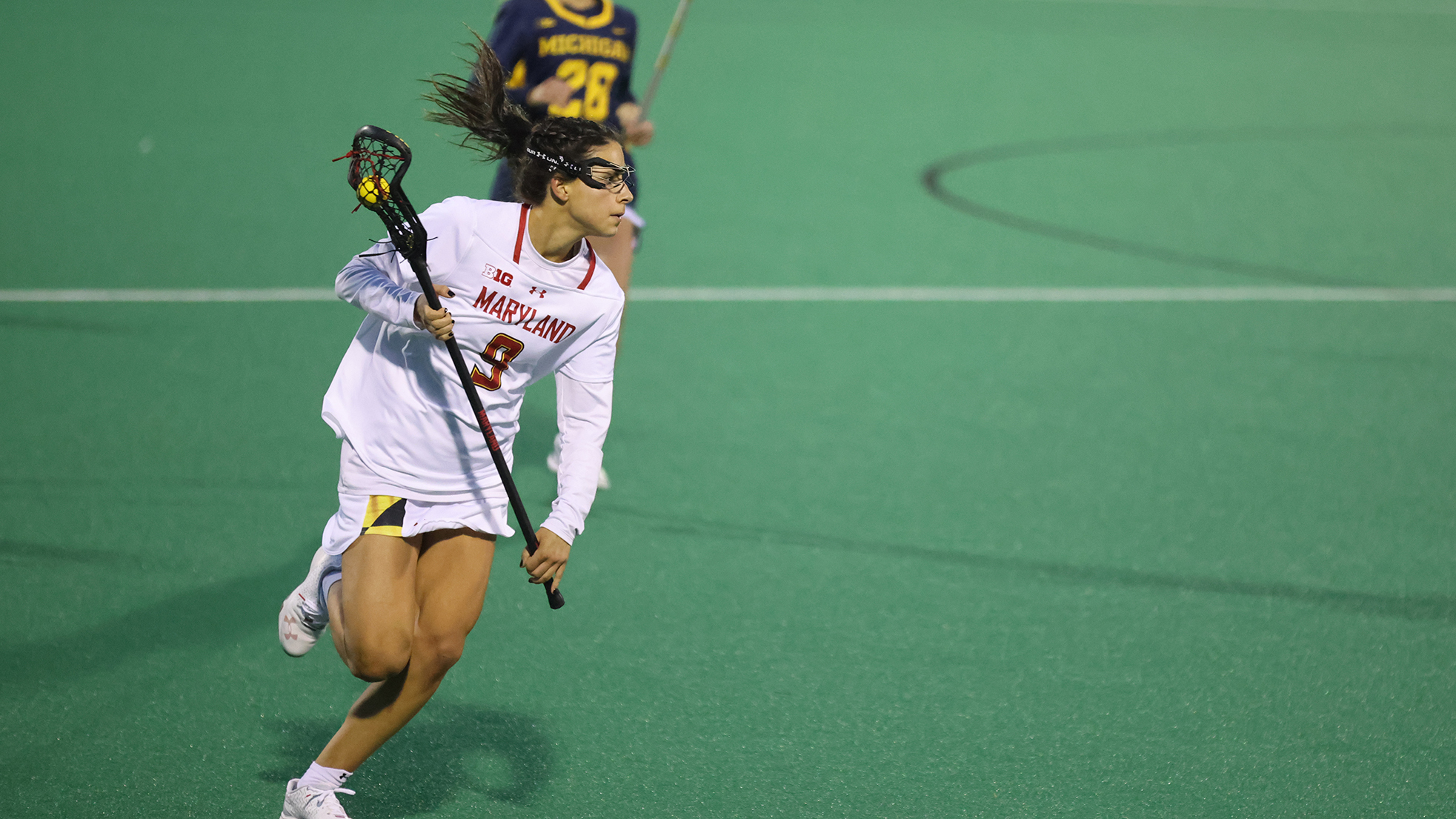 Maryland women’s lacrosse was exactly where it didn’t want to be. Down early.

After being unable to make a comeback against Penn State a week prior, coach Cathy Reese said her squad needed to keep from finding themselves in an early deficit.

Leave it to a miraculous 7-1 run in the final 10 minutes of the first half of their match against the Michigan Wolverines to catapult the Terps to a 12-9 victory.

“We got down early which wasn’t ideal,” Reese said. “When we started to get into a rhythm was when instead of just shooting we were scoring. We’re picking better shots and putting them in the back of the net.”

The midhalf boost from Maryland put them ahead for the remainder of the matchup, a welcome steadiness on both halves of the field kept the Wolverines at bay.

Michigan struck in the opening 30 seconds of the game, as Maggie Kane found an opening in the Maryland backline to sling a shot out of reach of Emily Sterling. Brindi Griffin retaliated quickly, working around the cage and bouncing a shot past the Wolverine’s keeper.

It became a stalemate as both teams struggled to retain possession. In their first meeting, the squad combined for 24 turnovers, on Sunday they combined for 37.

Caroline Davis broke the nearly eight-minute deadlock, charging aggressively at the Maryland goal out of a timeout. Annabelle Burke tacked on another from a free position shot from dead-on the net.

The Terps had a moment to breathe as Caitlin Muir picked up a yellow card — giving them a man-up advantage. However, they continued to struggle to find the back of the net. Muir would make her way back on the field and put away a free position shot bringing the score to 4-1.

Then the tide turned for Maryland.

Grace Griffin finally got the Terps back in the game, muscling her way to the goal and putting away the first Maryland score in almost 18 minutes. She followed up with a free position goal on the next possession. And Hannah Leubecker squeezed her way through the Michigan defense to tie the game at four.

“We needed that switch,” Griffin said. “We needed something to let us keep rolling, come back and play the game that we wanted to.”

[“Let’s focus on us”: Maryland women’s lacrosse is locked in ahead of busy stretch]

The Wolverines put a stop to the Terps 3-0 run with a Nadine Stewart goal, but Maryland was right back on the attack, scoring four unanswered goals to finish out the opening half — entering the break with a 8-5 lead.

Michigan was quick to open the second half, with Kaitlyn Mead putting away her first goal of the day, however Grace Griffin responded on the Terps first possession of the half with a goal from a free position shot.

Mead continued to cause problems for the Terps, scoring consecutive goals out of a Michigan timeout. Maryland saw the Wolverines slowly clawing their way back into the match, however Grace Griffin spurred on a 3-0 run, including goals from Leubecker and Victoria Hensh, to shut them down

Maggie Kane pulled one back for Michigan, but the Terps went on lockdown after that, keeping the Wolverines scoreless for the final 12 minutes of the match.

“It’s a high standard we hold our defense to, it was a nice thing to achieve today,” Lizzie Colson said.

And that was enough to dispatch Michigan for the second game in a row, with Maryland overcoming an early deficit once again to improve to 2-1.