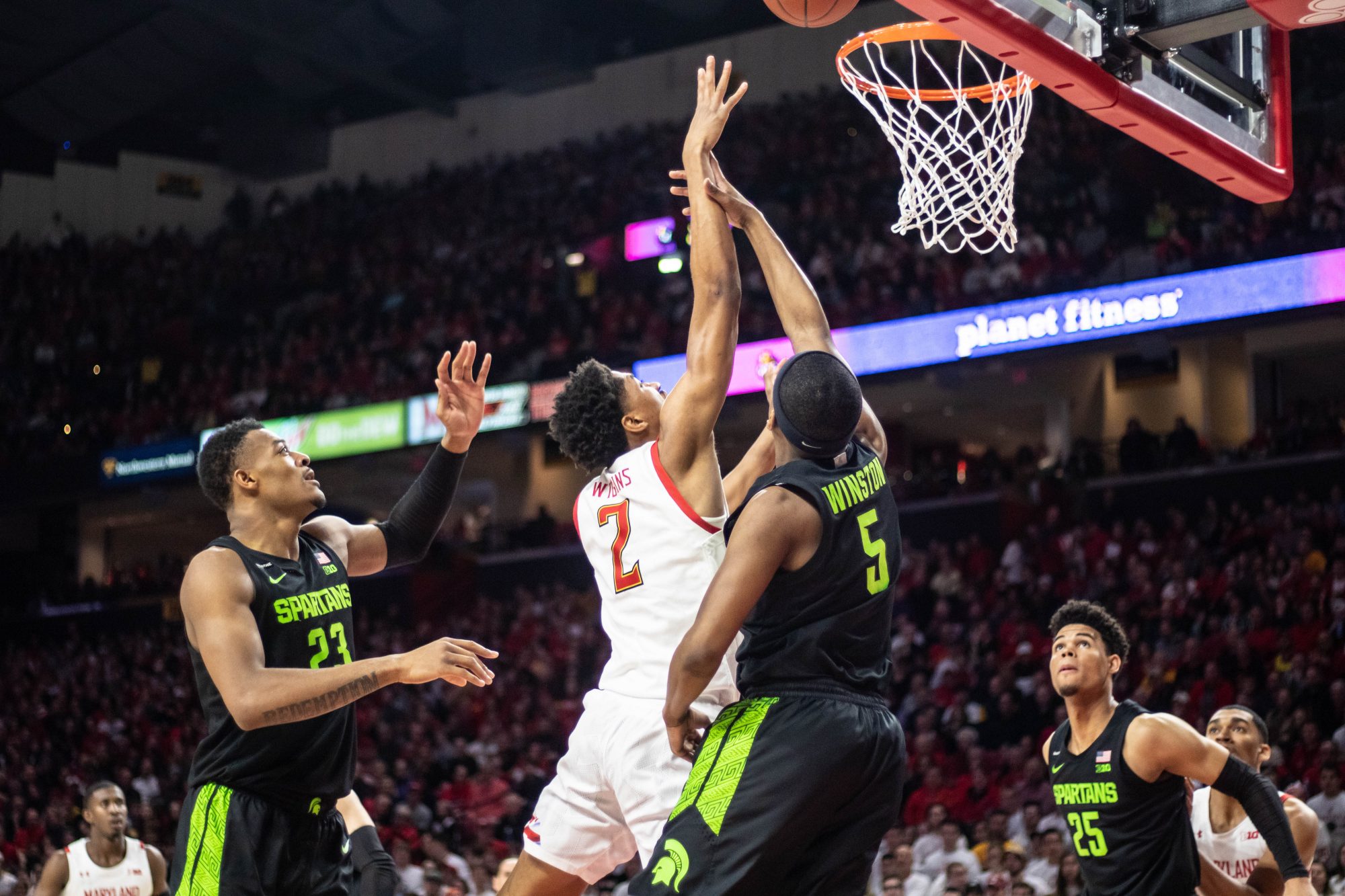 Last Maryland Win: February 15, 2020 — Maryland 67-60; The Terps were fighting to stay ahead of the Spartans in the Big Ten conference standings and quickly raced out to a 15 point lead in the first half. The Terps squandered the early lead and found themselves down 60-53 with under four minutes left. Then, Anthony Cowan Jr. caught fire. Cowan hit three straight threes in the final minutes to give the Terps a 65-60 lead and added two more free throws with seven seconds left to solidify a massive victory for Maryland.

Last Michigan State Win: February 29, 2020 — Michigan State 78-66; The Spartans entered a raucous Xfinity Center two weeks after the Terps took them down in the Breslin Center. College Gameday was held in College Park in the morning and students waited outside all day long to get into the arena for the primetime matchup. With a chance to clinch the Big Ten title, the Terps melted down. The Terps were down 12 points less than five minutes in and ultimately never led once.

Best Maryland Moment: March 4, 2017 — These two teams were unranked but both were fighting for seeding in the Big Ten Tournament. Nick Ward and Miles Bridges combined for 40 points but the Spartans were never able to grab a commanding lead. After Michigan State tied the game with 3:11 left, the teams went scoreless until the final seconds when Melo Trimble pulled up from deep and nailed a tie-breaking three-pointer to give Maryland a 63-60 lead.

Melo Trimble! He hits the game-winning 3-pointer for Maryland with under a second left to beat Michigan State! pic.twitter.com/Ufies6MeII

Best Michigan State Moment: March 21, 2010 — The Korie Lucious game. The Terps were a No. 4 seed in the NCAA Tournament while the Spartans were a No. 5 seed and the two teams ultimately played one of the greatest NCAA Tournament games in recent memory. Greivis Vasquez led Maryland with 26 points and made a go-ahead shot with seven seconds left to give the Terps an 83-82 lead. Unfortunately for Maryland, Draymond Green found Korie Lucious, who nailed a three-pointer at the buzzer to move the Spartans into the Sweet Sixteen.