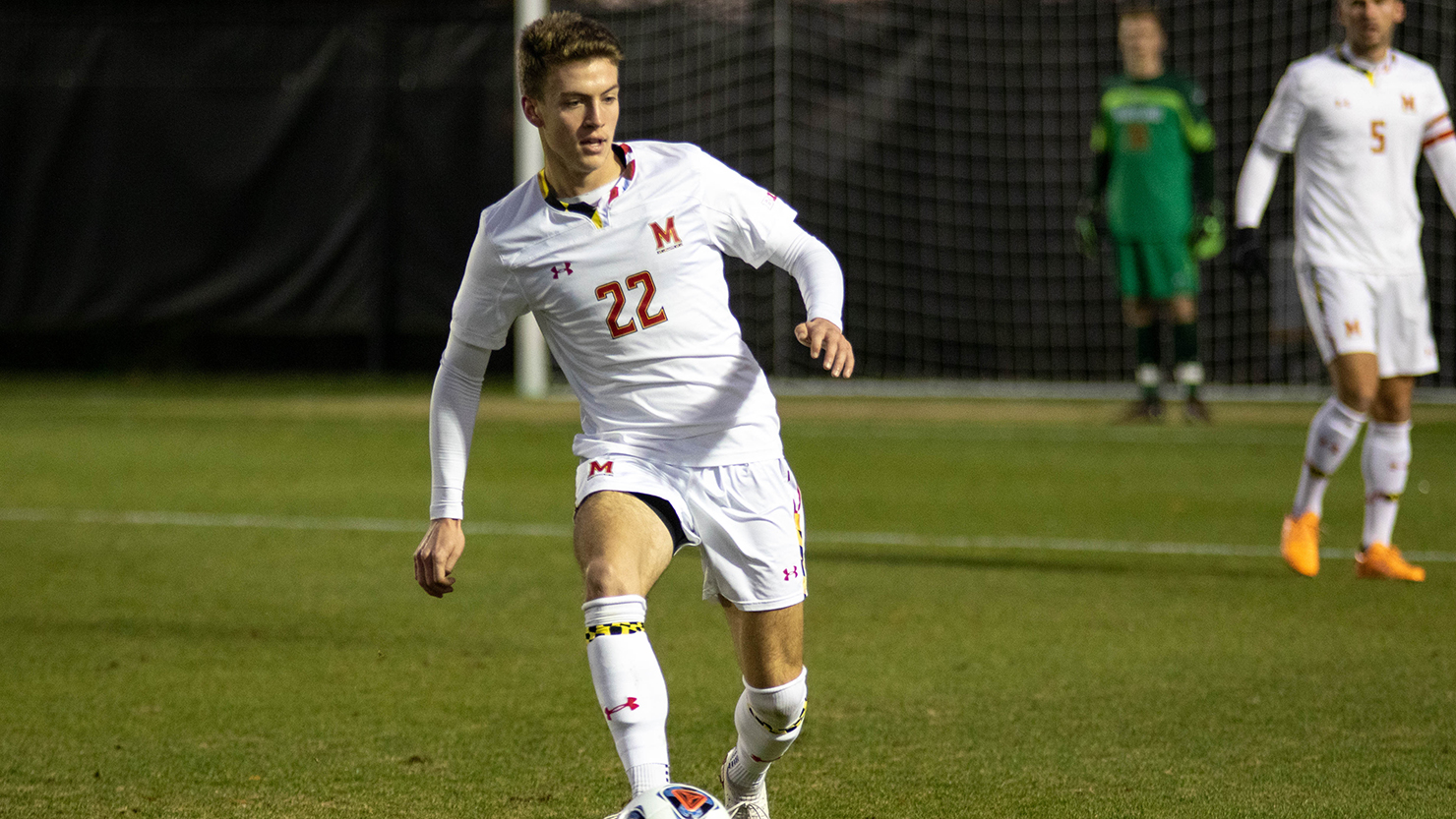 Center back Brett St. Martin played with a mask on, nursing a broken nose. Right back Ben Di Rosa’s shoulder hurt so badly that he couldn’t take throw-ins. Chris Rindov, a walk-on, battled against one of the nation’s best attacks for about 60 minutes.

And as the final whistle sounded, Maryland men’s soccer slumped, a 3-0 loss to eventual College Cup semifinalist Wake Forest sending it home in the second round of the NCAA tournament.

It was a predictable end to an injury-ravaged 2019 season, one that required legs the depleted Terps just didn’t have.

But this year, that defensive depth — the ability to tinker with its personnel on the business end — could well be one of Maryland’s strengths.

Though the Terps lost two of their starting defenders — and with Ben Di Rosa departing for the pros, they’ll be down three — they’ve garnered enough depth at the back so that those losses might not be felt as much.

Cirovski’s teams have been built on defense. Though the program has been home to some prolific attacking players, Maryland’s best seasons in recent years have started from the back. The 2018 national championship winning team, for instance, was imperious on defense — and didn’t concede a goal throughout the NCAA tournament.

That solid unit saw a drop off in 2019. The Terps, ravaged by injuries and plagued by inconsistency, finished 10 points off first-place Indiana and conceded the second-most goals in the conference.

But a new-look backline could reform things.

Though without Matt Di Rosa and Johannes Bergmann, Cirovski has a number of experienced and intriguing options to establish a sturdy defensive unit.

One of those could be Australian import Ryan Blumberg. The Sydney native flirted with professional soccer in England before journeying to the United States last year. And having completed his required tenure on the sidelines due to transfer regulations, the imposing center back could offer experience in the heart of defense.

“He’s a very experienced player,” Cirovski said. “He’s been around quite a bit.”

Other foreign talent is also available in the form of Alex Nitzl. A product of the Hoffenheim and Bayern Munich systems, the former German U-19 international has played as both a right and center back in his youth career. Maryland filed a waiver for Nitzl’s eligibility — and Cirovski will hope he’s available come Friday’s season opener.

The biggest question mark on the defensive end, though, is at left back in a spot vacated by Matt Di Rosa. The Terps have a natural, left-footed replacement in Isaac Ngobu, a pacey and crafty sophomore hailing from Baltimore County.

“[Isaac] has really shown a lot of improvement from the first year to where he’s at now. He’s certainly in the mix right now to potentially be our left back,” Cirovski said.

But there are other options, too. Baltimore native Nick Richardson was recruited as a right back, but spent most of last season as an impervious presence at a holding No. 6 role. He also tallied some minutes at center back.

That versatility is something Cirovski hopes to tap into when structuring his back line.

“At times this year, you’re gonna see him play perhaps all back five slots,” Cirovski said.

Though he’s naturally a right-footed player, Richardson is prepared for the responsibility of perhaps playing on his weaker foot.

It’s something he’s had to do throughout his whole career.

“I’m just happy to be filling in roles that are the most important right now,” Richardson said. “It’s a great new experience.”

Still, despite the numerous moving pieces, Cirovski has options. And though Blumberg is sidelined with a knock — and the unpredictability of a season amid the pandemic could lead to more rotation — those legs, that depth, should still be there come April.

And if they are, Maryland could well go a long way.

“Our goal is to be connected,” Cirovski said. “And not let the backline be firemen and putting out fires for us.”