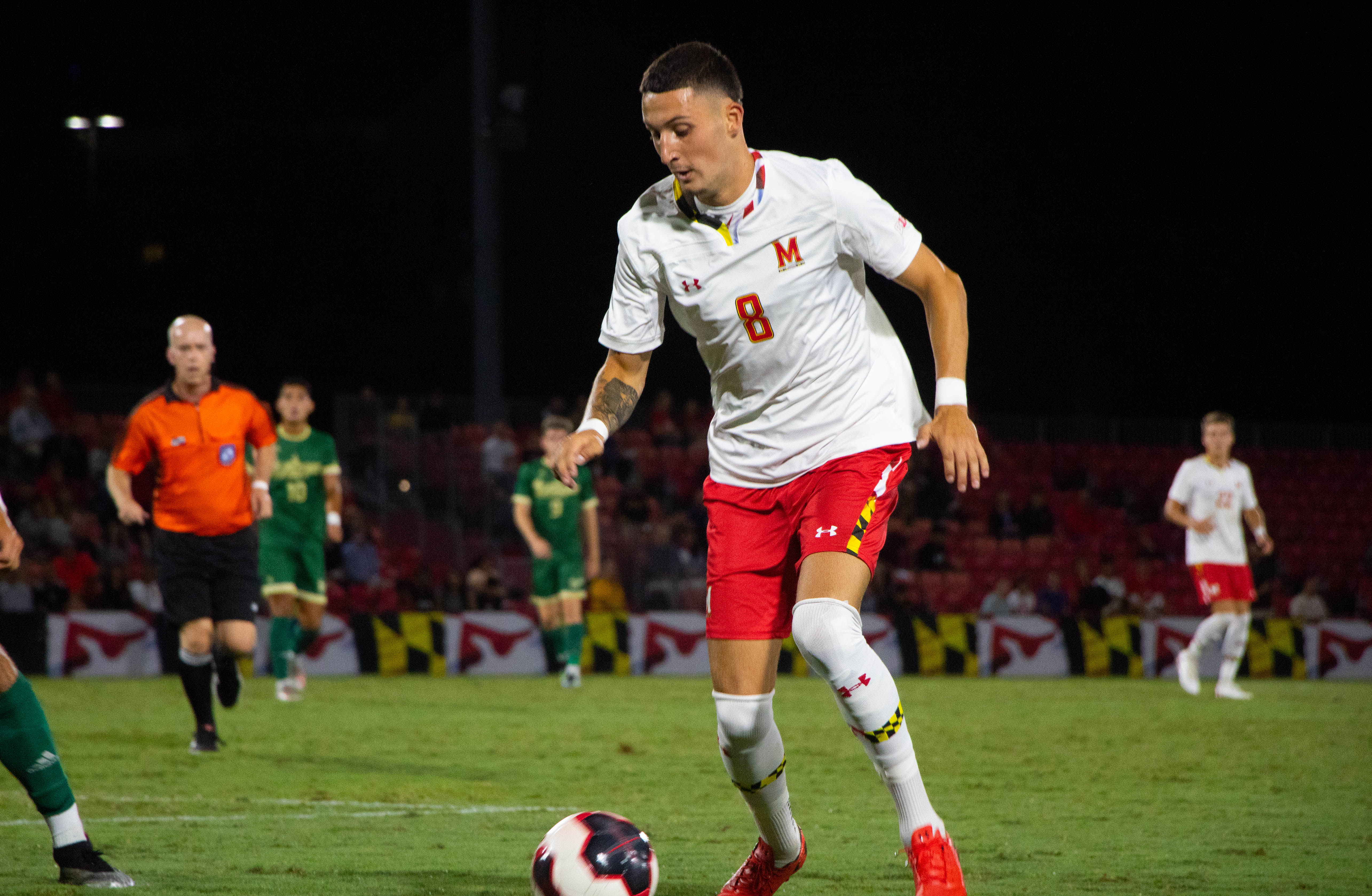 It was the best goal of Maryland soccer’s 2018 season. It was also the most important.

Paul Bin darted down the right wing, beating his defender before deftly dinking a ball right onto the penalty spot. One leg rose to it, then another, as William James Herve floated parallel to the ground, lashing a scissor kick into the bottom corner to dispatch Duke.

It was Herve’s defining moment with the Terps, one that seemed to preface a glittering career. But when injuries piled up, Herve walked away from the program and retired to his native France.

Yet even in his absence, the Frenchman’s legacy remains at Maryland.

“He’s always gonna be there, regardless [of] if he’s on the team,” Bin said.

Herve left College Park at the end of last year, saying goodbye to the program in an emotional Instagram post. His injury history was rife with setbacks: first his knee, then ankle, then hamstring, then knee again. When the Frenchman left, it was clear that there would be a massive hole to fill at left wing in the Terps’ lineup and a jovial presence missing in the locker room.

However, the smiles, the laughs, the banter, the words of encouragement didn’t actually cease, they just shifted. Herve still talks to his teammates all the time, either on the phone or over FaceTime. For him, it’s just a different way of carrying on the same relationships he had in person.

“We already used to communicate a lot, so we haven’t lost the habit of doing it,” Herve wrote in a message.

Herve’s social media is rife with Maryland content. He posts about the Terps on his Instagram almost every day and uses the app to keep in contact with his former teammates. Even from afar, those jokes and conversations are valuable to Herve’s closest friends on the team.

Sometimes, that just means a funny video to alleviate the stress of a packed school and soccer schedule.

“We share funny videos on social media because we know what makes each other laugh,” Herve said.

But that support goes both ways, too. When Herve left the program, he was struggling with his mental health, going to therapy sessions while trying to wrap his head around the plethora of injuries he’d experienced.

His teammates were a constant source of comfort and consolation — particularly midfielders Brayan Padilla and Bin. Both suffered major injuries at the same time as Herve, and the three rehabbed together. Through those months, Bin and Padilla offered advice and counsel.

And that has continued, too.

“It’s great that he’s accepted things and has moved on to something he’s really passionate about, which we take for granted sometimes,” Bin said.

Maryland holds itself to one central motto: “excellence.” It’s an attitude that manifests every day at practice. Coach Sasho Cirovski’s training sessions demand effort and focus, and they foster a collaborative environment. And when the Terps step onto the training pitch, some of Herve’s advice sticks with them.

That’s been particularly useful for forward Justin Gielen. The junior — a natural striker — spent some minutes on the wings last year, playing in the same spot where Maryland would often rely on Herve’s expertise. During those times, he learned a lot from Herve, even when the Frenchman was watching from the sidelines.

“He was an unbelievable player,” Gielen said. “He still taught us things on the field, how to train, certain things that we’re still utilizing in practices everyday.”

For now, Herve will be watching from across the Atlantic. The Terps had a massive effect on his career, one he said he will always treasure.

“When I got to the U.S., I discovered a new mentality and a real brotherhood,” Herve said. “I have learned so much.”

Before leaving College Park, Herve gave his Maryland jerseys to some of his closest friends on the team, reminders of those laughs off the pitch and success on it.

But he did so with one condition — one that has served as motivation for his closest teammates.

“Hopefully they’ll send me theirs in the MLS,” Herve said.