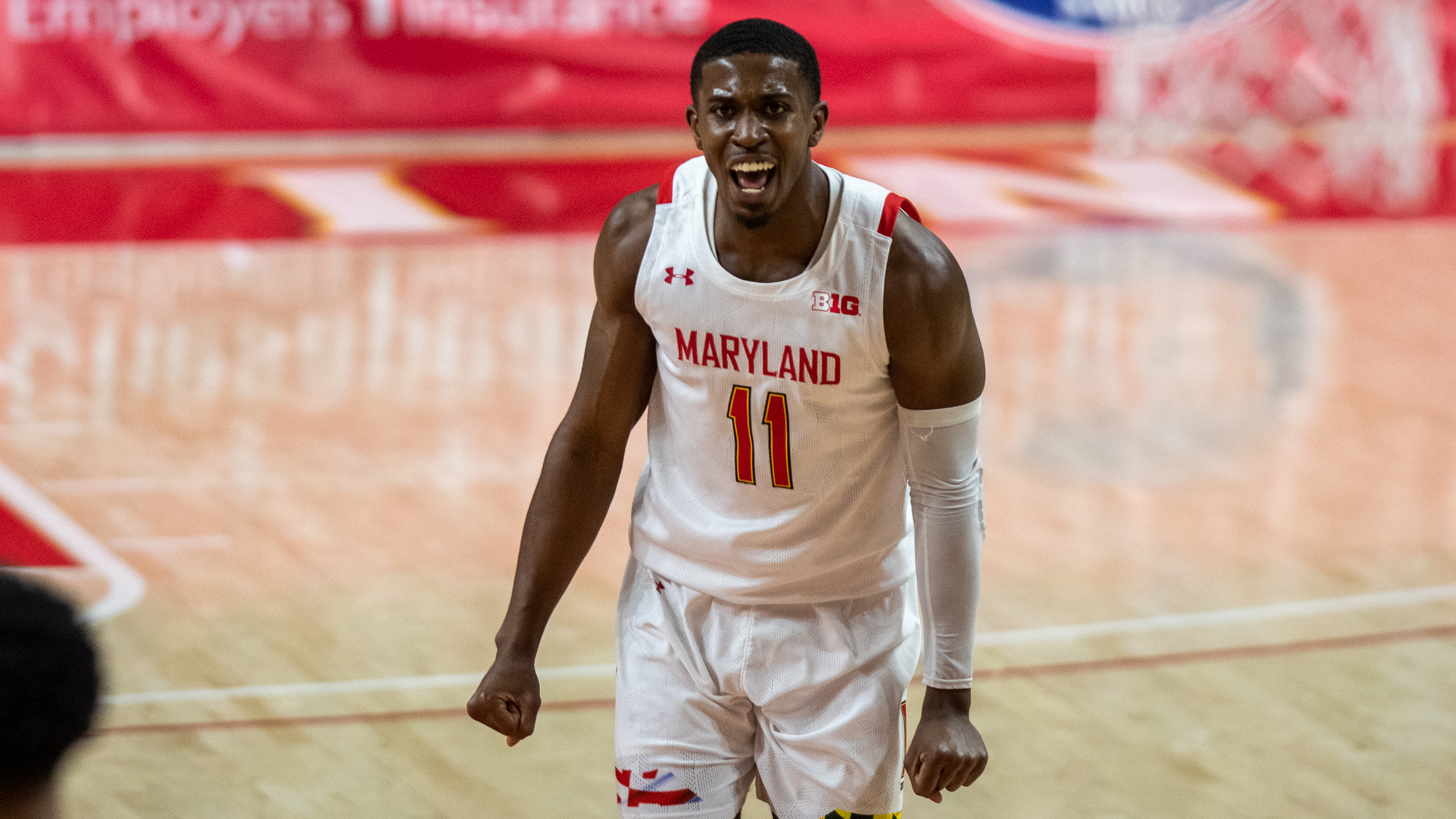 Darryl Morsell had seen the sight — open terrain after poking the ball free — countless times before.

That didn’t make the moment any less special.

Morsell had jarred the ball loose just seconds earlier, taking advantage of some careless ball-handling by Nebraska on Wednesday evening. Then, he sprinted upcourt with Cornhuskers guard Dalano Banton on his tail.

So, Morsell slowed down. And as he reached the hoop, Banton went beyond him. All that was left for Morsell was the finish: a simple two-handed layup. It fell home.

And with the bucket came a new distinction for Maryland men’s basketball’s senior leader. He is now a 1,000-point scorer, one of 56 players to hit that mark in program history.

It wasn’t a place coach Mark Turgeon expected Morsell to get to when he first arrived in College Park. But now, Morsell’s at the mark, woven into the fabric of Maryland men’s basketball history. And as he looks back on his career up to this point, one thing sticks out above all else.

“I just want them to remember me as someone who always gave 100 percent,” Morsell said, “and did everything to win.”

Morsell’s introduction to the collegiate game wasn’t easy at times.

He was a dogged defender, carrying a physicality and focus shaped on the courts of his hometown Baltimore. He was quick and engaged, adept at stepping into passing lanes and crashing the boards. He started 21 games as a freshman, a testament to his contributions as a part of Turgeon’s man-to-man and zone packages.

But his offensive game was limited. He hit just 12 percent of his three-pointers in his maiden year in College Park. And although he showed inklings of creativity while driving to the rack, it seemed Morsell’s role at Maryland would largely hinge on his defensive play.

Turgeon was only half correct. Since making his debut for the Terps, Morsell has established himself as one of the finest defenders in recent program history. He’s added new layers to his defensive approach, as well. With Maryland lacking a traditional big, Morsell often finds himself matched up against towering post threats. He’s handled them admirably, the key figure in a defense that still ranks among the Big Ten’s best.

It’s with the ball in his hands that Morsell has proved Turgeon wrong, though. His shooting stroke — so rushed and mechanical in his first few seasons in College Park — looks more refined. He has shown a penchant for post fadeaways in recent years, yet another part of his game that has come on leaps and bounds.

“He’s that guy on our team who we need him for … anything,” guard Aaron Wiggins said after the Terps’ upset over then-No. 12 Illinois on Jan. 10. “It could be just rebounding, it could be making plays for others. … He’s great for us.”

His shooting percentage sits at a respectable 44.5 percent this season. And although his three-point shooting still lags behind some of the other parts of his game — Morsell has hit just 24.4 percent of his attempts beyond the arc — his scoring ability has proved vital for a Terps squad that regularly goes through stagnant spells.

There was his 19-point outing against the Fighting Illini, capped off by an acrobatic layup over Kofi Cockburn to seal Maryland’s victory. Or his performance against Minnesota on Sunday, in which the senior guard poured in six timely baskets to help get the Terps back on track after a pair of disappointing results in the games prior.

He’s loud, but not brash; physical, but not imposing. It’s all fueled by a commitment to winning, one that has made Morsell a centerpiece in Turgeon’s offensive and defensive schemes over the course of his Maryland career.

And that pursuit of excellence was on full display after Morsell’s layup dropped Wednesday night.

Morsell drifted back to the bench. The Jumbotron flashed his name and accomplishment above him, there for everyone to see. Wiggins was giddy.

“The first thing I said to him was ‘Congrats.’ I was really happy for him,” Wiggins said. “And all he was thinking about was, ‘Can we get this win?’”

The Terps edged past the Cornhuskers in the end. And for Morsell, the man who came to College Park teeming with offensive frailties and will leave as one of Maryland’s best two-way players in recent memory, that’s all that matters.